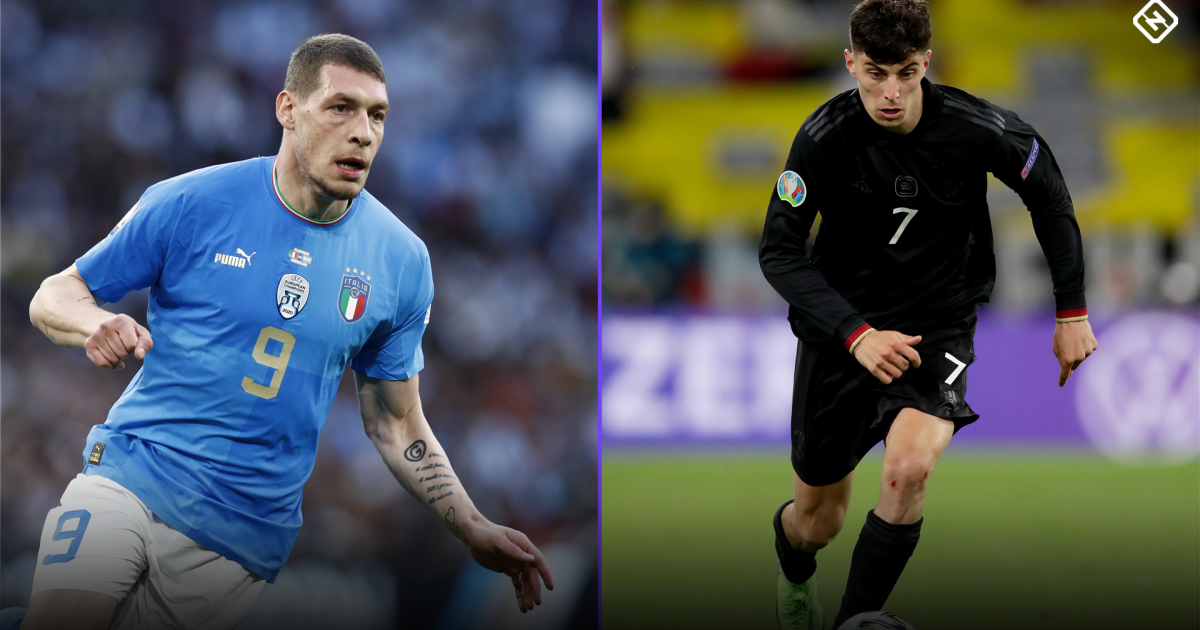 Italy take on Germany in their UEFA Nations League opener at the Stadio Renato Dall’Ara, with both sides aiming to get off to a good start in their League A group. Only the group winners in League A will have a chance at winning the title come 2023.

Roberto Mancini’s men will be determined to get back to winning ways, following a disappointing 3-0 collapse in their Finalissima match against South American champions Argentina earlier in the week at Wembley.

For Germany, this is their first game of the summer international calendar, as Hansi Flick prepares his side for the 2022 FIFA World Cup later this year in Qatar.

Undoubtedly, this is set to be an entertaining match between two of the world’s footballing heavyweights which could be very tight to call. Expect a tactical battle between two of Europe’s elite managers, creating an interesting prospect for the neutral in what is among the most highly-anticipated Nations League encounters.

UK: Premier Sports televises and streams the UEFA Nations League in the UK.

USA: In the US, every UEFA Nations League match is available on fuboTV, with Fox Sports (FS1, FS2 and Fox Soccer Plus) televising select matches. All Fox matches are streamed on fuboTV. Univision’s ViX platform carries Spanish-language streams.

For the hosts, Giorgio Chiellini’s international career has come to an end and the veteran defender won’t play any part against Germany.

Leonardo Spinazzola may come into contention for the match after making his international comeback against Argentina, however, he may not be pushed too hard given he’s only recently returning from a long-term injury setback.

Alessandro Bastoni, Sandro Tonali, Marco Verratti and Cristiano Biraghi will all be hoping to come into the side for this one as Roberto Mancini prepares to shuffle his pack of players.

Marc-Andre ter Stegen and Julian Draxler will not be involved for Germany at the Stadio Renato Dall’Ara. Center back Nico Schlotterbeck will be vying to start the match, while experienced forward Timo Werner should lead the line for the visitors.

Jamal Musiala is expected to line up in the middle of the park for Germany, with his club teammate Thomas Muller likely to start just in front of him in an attacking role.

Germany come into this one as slight favourites, with Werner being crucial to their hopes of claiming a result. The 26-year-old will be hoping to add to his 22 international goals against Italy and may be a good tip to open the scoring.

As for the hosts, Andrea Belotti could lead the line again as the focal point for an undermanned Italian attack. He was ineffective against Argentina, as was the entire Italian attack that had wowed fans a year prior at Euro 2021. It might be time for 23-year-old center forward Gianluca Scamacca to inject some new life into an Italian side that struggled mightily against Argentina.