Few saw this twist coming in the Kylian Mbappe transfer saga: it has now been confirmed that the striker will stay at Paris Saint-Germain on a three-year contract that will pay him handsomely. It’s a remarkable about-face from the tone of reports, which for months made it look like Mbappe was all but sure to sign with Real Madrid, a club that he grew up admiring.

The transfer market doesn’t stop for one man, but it certainly felt like it revolved around one in the case of Mbappe. His contract at PSG was set to run out this summer, making him a free agent. But for the past six months he has firmly maintained that no deal had been agreed with any club.

Still, rumors persisted that the 23-year-old would depart the French capital and head to another giant club in Spain. It grew evident that there were only two competitors for his signature.

And just a couple of days before PSG’s final Ligue 1 match of the year, news trickled out that Mbappe would formally be announcing his next destination before joining the France national team for June internationals.

It was only a matter time before that decision found its way into the media, and PSG themselves made the announcement shortly before 8 p.m. local time on Saturday.

The new contract with PSG will run for three seasons through the end of the 2025 campaign when Mbappe will be 26 years old.

According to Sky, the PSG offer surpasses the terms of the Real Madrid deal, which included a £110 million ($137 million) signing bonus and £20 million ($25 million) of annual net salary. Sky says that the PSG signing bonus will also be in the region of £100 million ($125 million) with a monthly salary (£4 million / $5 million) that doubles his current PSG pay.

Kylian Mbappé will sign a three year deal with Paris Saint-Germain, the contract will be valid until 2025. It was approved in the morning. 📑🤝 #Mbappé

Pochettino & Leonardo are expected to leave, as @Romain_Molina says – PSG are already exploring options to replace them. #PSG pic.twitter.com/ZAispywrVz

The turn of events has left La Liga scrambling after months of hype from the league’s president, Javier Tebas, who was teasing the potential arrival to his league of both Erling Haaland and Kylian Mbappe, arguably the two most sought-after rising superstars in the game.

After Haaland and Mbappe both snubbed La Liga — Haaland opted to join Manchester City in the Premier League — Tebas has reacted with indignation. The La Liga president posted a tweet that calls PSG’s owners “as dangerous than the Super League”, an apparent reference to the failed bid to establish a breakaway competition for Europe’s elite in 2021 — one that was backed wholeheartedly by Madrid.

Here’s the full translation of his tweet from Spanish. It turns out this wasn’t just bluster.

La Liga president @TebasJavier on Mbappé deal: “What PSG’s doing by renewing Mbappé with large sum after giving losses of €700M in recent seasons and having more than €600M of salary bill, is an insult to football”. 🚨⚪️ #Mbappé

“They’re as dangerous as the Super League”.

LaLiga are considering taking legal action against PSG over their renewal of Kylian Mbappe’s contract, sources have told @RodrigoFaez and @alexkirkland 😯 pic.twitter.com/gfr2CLanmf

What action is LaLiga taking over Mbappe not joining Real Madrid?

Around the time PSG announced the Mbappe renewal, La Liga issued a statement confirming they plan to take legal action against the French champions over what the league described as a “scandalous” new contract that “attacks the economic integrity of the sport”.

“LaLiga will file a complaint against PSG before UEFA, the French administrative and fiscal authorities and European Union authorities to continue to defend the economic ecosystem of European football and its sustainability,” the statement read.

Even before any complaint does or doesn’t get to such a place of legal crescendo, it amounts to remarkable and unprecedented grandstanding from the club that was the home of the Galacticos project at the start of the century. Madrid have since frequently paid top dollar for superstar signings and rewarded them with lavish wages.

“On Kylian Mbappe’s possible announcement to stay at Paris Saint-Germain, LaLiga wishes to state that this type of agreement attacks the economic stability of European football, putting at risk hundreds of thousands of jobs and the integrity of the sport, not only in European competitions but also in domestic leagues,” the statement began.

“It is scandalous that a club like PSG, which last season reported losses of more than 220 million euros after accumulating losses of more than 700 million euros in prior seasons (while reporting sponsorship income at doubtful valuation), with a squad cost of around 650 million for this season, can close such an agreement, while those clubs could afford the hiring of the player without seeing their wage bill compromised, are left without being able to sign him.”

La Liga issue statement saying it’s “scandalous” that Mbappe is staying at PSG. Never seen that reaction before from a league to a failed signing pic.twitter.com/9HQRYfYz42

The statement added: “This behaviour demonstrates once more that state owned clubs do not respect and do not want to respect the rules of a sector as important as football. These rules are key to protect and sustain hundreds of thousands of jobs.

“This kind of behaviour led by [Nasser] Al-Khelaifi, president of PSG, and member of the UEFA Executive Committee and president of ECA [the European Club Association], endangers European football on the same level as the European Super League.”

Ah, there it is. The Super League. It’s worth remembering that Madrid supremo Florentino Perez remains an advocate of the controversial breakway project. Do not be surprised to see him use the Mbappe episode – especially if UEFA find in PSG’s favour – as apparent evidence that the current model is unsustainable.

Tebas has long been an outspoken critic of PSG and Manchester City’s ownership but also came out strongly against the Super League. It is therefore interesting to see his organisation effectively doing Madrid’s bidding here, not to mention how other clubs in Spain’s top flight might view such action being taken on behalf of one of their strongest rivals.

How much power will Mbappe have? Zidane and Luis Campos to PSG?

The news has also encouraged leaks of potential changes at PSG as a result of Mbappe’s long-term stay.

The first reports courtesy of ESPNFC’s Julien Laurens indicate that both head coach Mauricio Pochettino and sporting director Leonardo will be on their way out, with France great Zinedine Zidane and Luis Campos taking their places.

Zidane built a reputation as a players’ coach during his successful Champions League-winning seasons at Real Madrid, and it seems like a natural fit for the two World Cup winners to join forces.

Luis Campos was Mbappe’s sporting director at AS Monaco, forging a relationship with the player. Reports have long indicated that Mbappe and Leonardo were not on the best of terms.

Sky Italia reporter Gianluca Di Marzio told Sky Sports News that Mbappe could have “more power in the group… the possibility to be captain, probably to say something in the future of the coach, the future of the sports director.”

Di Marzio added: “He has not a good feeling with Leonardo so I would not be surprised if Leonardo leaves PSG in the next days.”

Neymar out at PSG? Dembele, Pogba & Tchouameni next?

But the reports are not just limited to the front office and the bench. 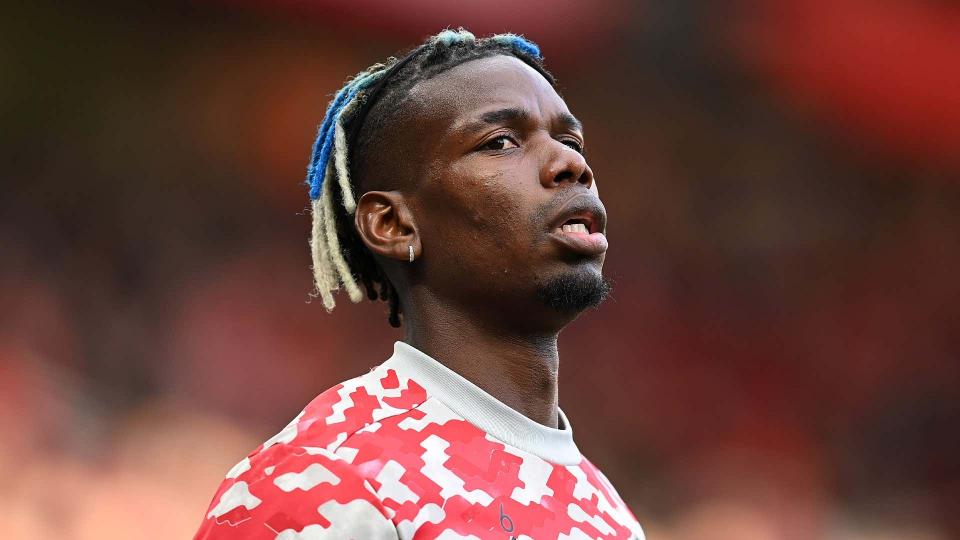 It’s not far-fetched to believe that the player could exert more influence on the team given his contract and his star standing around the world. PSG may have gone out of their way to appease the player to ensure he remained with his hometown club.

According to Spanish football journalist Andres Onrubia Ramos, PSG will have to make several moves to clear salary in order to fit Mbappe’s wages in next season’s budget.

Did Kylian Mbappe change his mind?

It might very well be that Mbappe was genuinely torn between the two sides. But if that was not the case, and he was always leaning to PSG, the player’s camp played the public negotiation masterfully.

For months, reports made a move to Real Madrid seem all but a foregone conclusion. Transfer experts across the board had Los Blancos as the clear favorite to land his signature.

According to Fabrizio Romano, his Madrid sources were “more than confident” in securing a deal, and personal terms had reportedly been agreed. But there was always a hint of uncertainty projected by the player’s camp in response to these reports. Many believed that it was just public posturing.

Key hours ahead for Kylian Mbappé, he’s back from Qatar for final meeting with his family and his whole camp. Real Madrid are waiting for the final steps, more than confident – still no official communication to PSG. ⭐️🇫🇷 #Mbappé

Real Madrid contract has been ready for months. pic.twitter.com/ctofGMJH0I

Fans should have probably picked up on a hint regarding the possibility of a U-turn after a report in early May suggested that Mbappe would be staying in Paris on a gargantuan contract.

But that was shot down almost immediately by Mbappe’s representatives who continued to insist no deal had been agreed on either side.