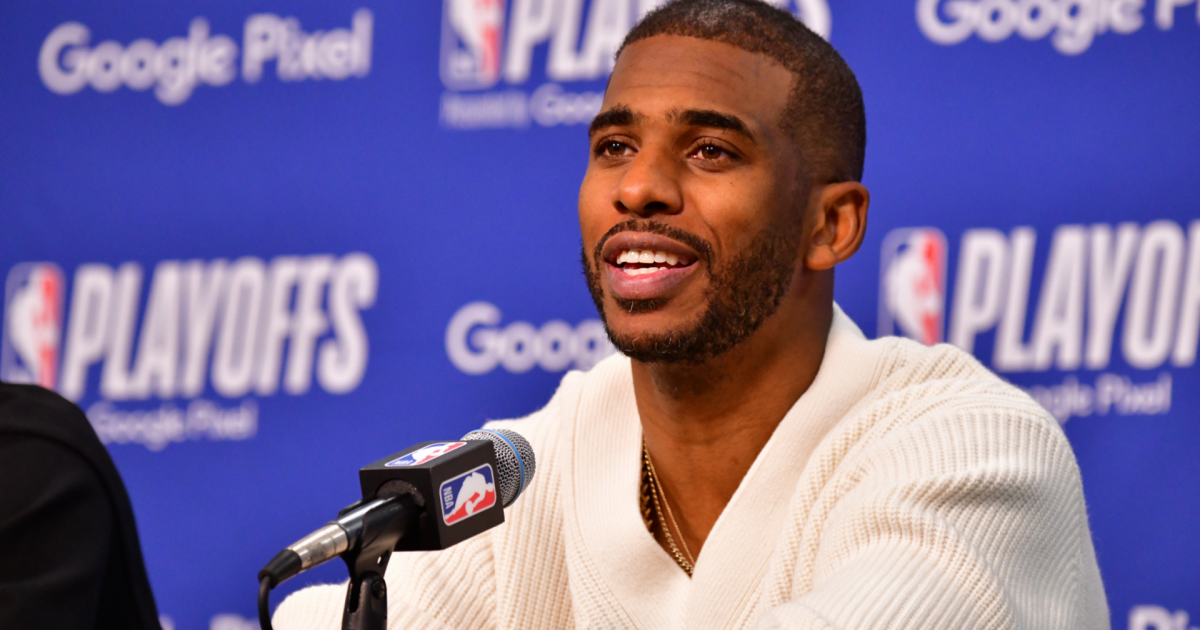 The Phoenix Suns fell short in their quest to return to the NBA Finals, losing Game 7 of the Western Conference semifinals to the Dallas Mavericks 123-90.

The 33-point loss was a tough one for Paul, who managed just 10 points and four assists on 4-of-8 shooting and in the aftermath of their exit, he was quick to squash any talk of retirement, committing to returning for his 18th season.

“We’ll be right back next year, tell you that much,” Paul said postgame.

After leading the series 2-0, the Suns would only win one more game as Luka Doncic and co. carried their momentum into the series finale to propel the Mavericks into the Conference Finals.

Despite the early exit, Paul said he didn’t consider this postseason a lost opportunity.

“Not at all, they said that last year, probably said it back in ’08,” he said. “You play long enough and you don’t win, every time you lose they’re going to say it was your best chance.”

After averaging 23.5 points and 5.5 assists in the first two games of the series, the 37-year-old’s production slowed down across the remainder of the series, averaging just 9.4 points, 5.8 assists and 3.6 turnovers per game, well below his usual high standards at this time of year.

Coming off a 64-win season and the No. 1 seed in the Western Conference, the Suns have the personnel to compete for years to come, with Devin Booker and Mikal Bridges both aged 25, while Paul is signed through to the end of the 2024-25 season after penning a four-year, $20 million extension last summer.

The Suns will have some decisions to make in the offseason, with center Deandre Ayton set to hit restricted free agency after the franchise opted against offering him a max rookie extension ahead of the season.

Ayton will likely have plenty of suitors in free agency, however, the Suns will ultimately have final say whether he stays or goes if they opt to match any offers he receives.