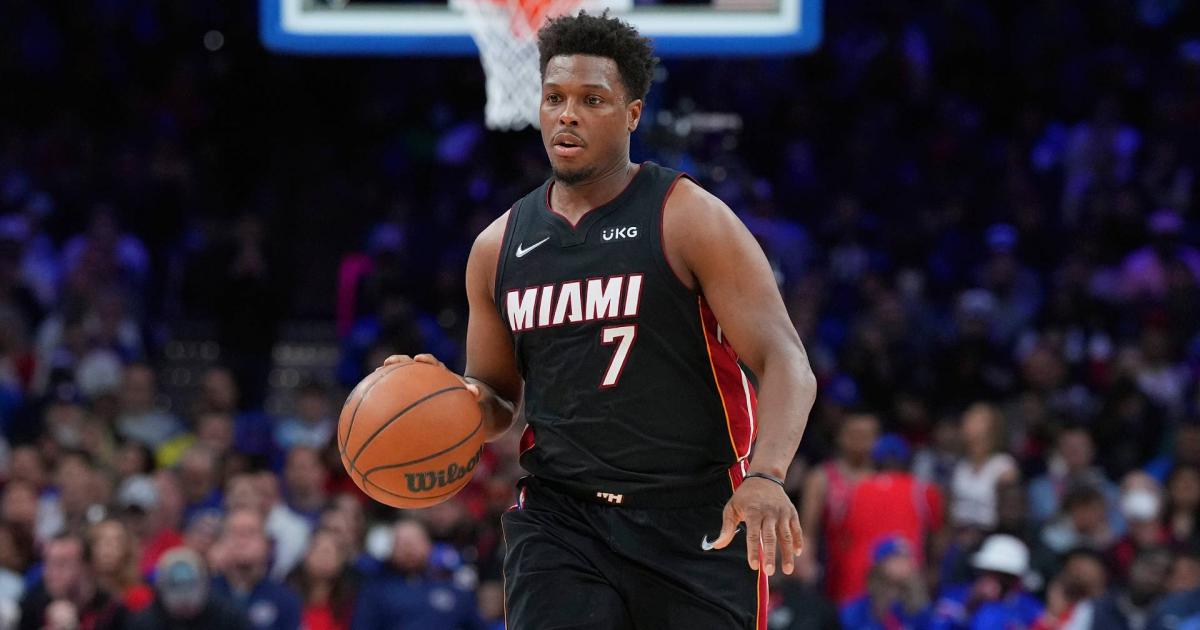 With the Eastern Conference Semifinals series between the Heat and 76ers tied at two games apiece, the teams are gearing up for a pivotal Game 5 at Miami’s FTX Arena.

After losing two games in a row, it appears that the Heat will have to get back on track without starting point guard Kyle Lowry, who has been battling a hamstring injury for over two weeks now.

Lowry missed the first two games of the series before returning for Games 3 and 4 in his hometown of Philadelphia, but he appeared to have reaggravated the injury in Miami’s Game 4 loss.

MORE: James Harden’s fourth-quarter outburst in Game 4 is a sign of life for 76ers

Is there any chance Lowry can take the floor in Tuesday’s Game 5? Here is the latest on the six-time All-Star’s status.

On Tuesday morning, the Heat announced that Lowry has officially been ruled out of Game 5 vs. the 76ers.

#PHIvsMIA INJURY UPDATE: Kyle Lowry (hamstring) has been ruled out of tonight’s Game 5 vs the Sixers.

The announcement comes after Lowry saw 30 minutes of action in a Game 4 loss to Philadelphia. Clearly hobbled, Lowry scored just six points (on 3-of-10 shooting), dished out seven assists but committed four turnovers.

Lowry has not looked like himself this postseason. In five appearances, the 36-year-old is averaging 6.2 points, 5.2 assists and 3.6 rebounds while shooting 29.7 percent from the field and 20.8 percent from the 3-point line.

The Heat have held their own in Lowry’s absence, going 4-0 in the four games without the guard, a record that is largely a product of other players stepping up.

What is Kyle Lowry’s injury?

In the third quarter of a Game 3 loss to the Hawks in the opening round of the playoffs, Lowry suffered a strained left hamstring.

Lowry made his return to action in Game 3 of the Eastern Conference Semifinals — exactly two weeks after suffering the injury. He would tweak his hamstring just two days later in Game 4.

Here is the complete schedule for the first-round series between the Heat and 76ers. The series will continue at FTX Arena in Miami for Game 5.