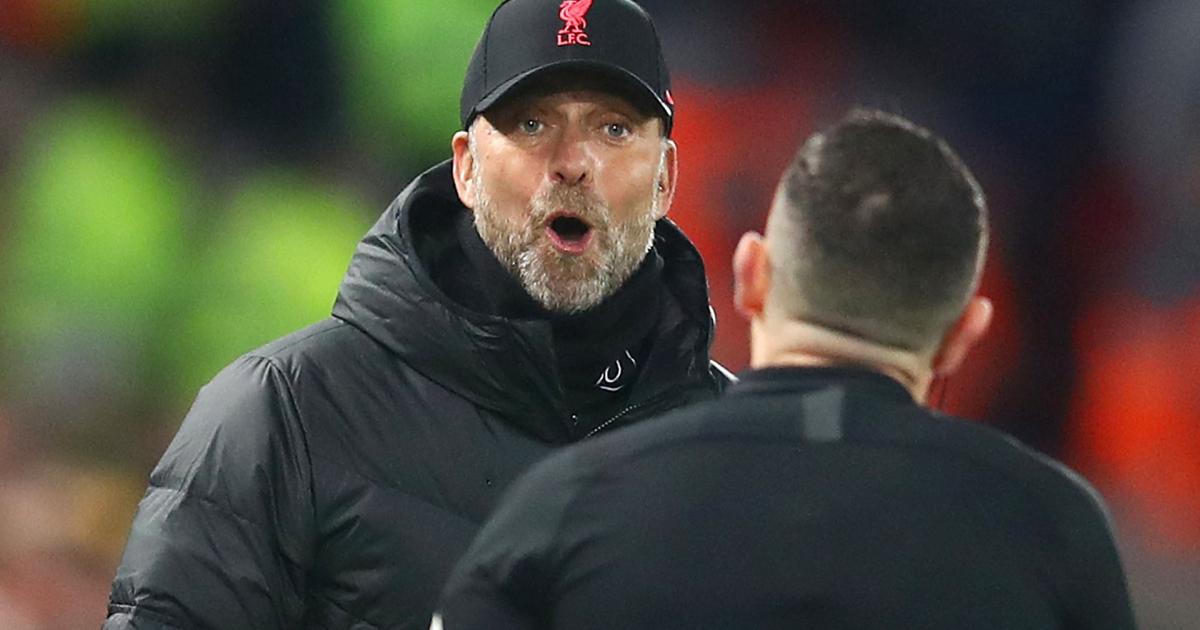 Liverpool are still chasing history in 2021-22, seeking an unprecedented quadruple of titles. The Reds are battling on four competitive fronts this season: the English Premier League, the UEFA Champions League, the FA Cup and the Carabao Cup (League Cup).

Jurgen Klopp’s team has three more chances to lift silverware through May after already clinching the first one, hoisting the Carabao Cup on Feb. 27. If the Reds can manage all four, they would be the first men’s team in England to win the three major domestic trophies plus the European crown.

Manchester City did their own quadruple in 2018-2019, including the Community Shield, but they were not champions of Europe; Manchester United won the Champions League in 1998-1999 and lifted the FA Cup in addition to the Premier League, but they were knocked out in the Fifth Round of the League Cup and never reached four trophies.

Outside of England, German side Bayern Munich won four trophies in 2012-2013, including the Champions League and the one-off DFL-Supercup (the equivalent of the Community Shield).

MORE: How many trophies have Liverpool won?

Looking back over half a century, Celtic’s famous Lisbon Lions (1966-67) bagged themselves five trophies in one season, including the then-European Cup (vs. Inter Milan), plus the Scottish title, the Scottish Cup, the Scottish League Cup and the local Glasgow Cup.

Here’s where Liverpool stands in each of the four competitions in which it is involved:

Liverpool are into the Champions League final, where they will face Real Madrid or Manchester City in the Stade de France on May 28.

The Reds got by Villarreal in the semifinals, surviving a second-leg scare when the Yellow Submarine momentarily evened the aggregate-goal scoreline. But Klopp’s men responded with three second-half goals to win the second leg and advance 5-2 across both matches.

The Reds started the tournament by winning all six of their group-stage matches in what many believed was the toughest Champions League group. Those victories came at home and away against AC Milan, Porto and Atletico Madrid, seeing the Reds safely through to the knockout stages with an average of one goal conceded per match — compared to 2.84 scored.

Liverpool then got by Italian champions Inter Milan in the Round of 16. An impressive 2-0 road win in the first leg in Italy gave Klopp’s men some wiggle room in the second leg at home, where they lost to Inter 1-0 but still went through 2-1 on aggregate goals.

Then Liverpool took full advantage of the favorable quarterfinal draw against Benfica (6-4 on aggregate) and later in the semifinals against Villarreal, the 7th-placed team in Spain.

Liverpool picked up its first trophy of the season on Feb. 27 in the Carabao Cup Final. The Reds needed penalty kicks to knock off Chelsea at Wembley, hoisting its record ninth EFL trophy after an epic shootout that ended with the goalkeepers taking shots.

The match finished 0-0 after extra time, but it was an entertaining scoreless draw with both sides scoring goals that were disallowed after video review.

It will not be the last tournament battle between the 2nd and 3rd place teams in the Premier League table: They will also meet in the FA Cup final (more below).

Liverpool are through to another final in 2021-22 after getting by current Premier League champions Manchester City 3-2 in a memorable FA Cup semifinal on April 16.

The FA Cup final on May 14 at Wembley will see the Reds take on Chelsea in a rematch of their Carabao Cup tussle. Chelsea got by Crystal Palace in their FA Cup semifinal, winning 2-0. After winning the UEFA Super Cup and FIFA Club World Cup, Chelsea could yet make it a treble of trophies in a tumultuous season off the field.

Liverpool reached the FA Cup final by capitalizing on three straight home matches between the Third Round and Fifth Round, knocking off Shrewsbury Town (4-1), Cardiff City (3-1) and Norwich City (2-1) at Anfield. In the quarterfinal stage, they went on the road to Championship side Nottingham Forest and claimed a slim 1-0 victory.

The Reds last won the FA Cup in 2006 and last made it to the final in 2012. An eighth trophy in the competition would leave it tied for third all-time, well-behind Arsenal’s all-time best 14.

This might be the most difficult — although no longer unlikely — part of the 2021-22 quadruple challenge. The Reds are positioned well to capitalize if league leaders Manchester City slip up.

They will need Man City to trip up at some point given Liverpool are currently one point behind the defending Premier League champions. Man City maintained that narrow edge thanks to the 2-2 draw in the April 10 head-to-head at the Etihad. Pep Guardiola’s men have the slight advantage the rest of the way and control their own destiny.

Liverpool might also have a slightly tougher run-in compared to Manchester City, though they will share two common opponents in Wolves and Aston Villa: