Professional snooker’s longest running, most prestigious and financially-rewarding competition is upon us, with the draw for the 2022 World Snooker Championship complete.

The 16 players who made it through the qualifying competition have joined the 16 top-ranked players in the world for the first round, beginning on Saturday.

Mark Selby will be looking to defend his title, and pick up the fifth World Championship crown of his career.

World No.1 Ronnie O’Sullivan won his first World Championship over two decades ago, in 2001, and he picked up his sixth in 2020. He’ll be hoping to make that seven this year, more than any other player.

Australian Neil Roberson is seen by many as this season’s best player. He’s only won the tournament once, back in 2010, but he’s widely tipped among the front-runners to repeat that feat this year.

Although the seeded players go into the first round as heavy favourites, the qualifiers cannot be underestimated. Ding Junhui and Stephen Maguire are both dangerous opponents for any player.

MORE: When is Ronnie O’Sullivan playing at the 2022 World Snooker Championship?

Listed below are the 32 players in the first-round draw. Mark Selby is the top seed, as he is the defending champion.

In the first round, each player who made it through the qualifying competition is drawn against one of the top 16 seeds, so no seeded players can be drawn against each other. 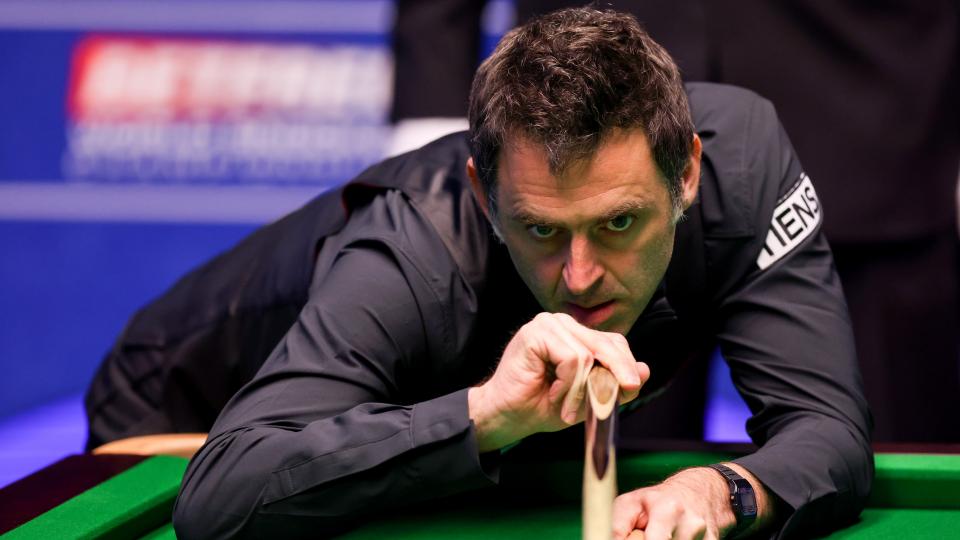 Each first-round match is best-of-19 frames, so the first player to win 10 frames wins the match. They will be played over two sessions, taking place from April 16 to April 22.

The second-round matches will be played over three sessions, as they’re best-of-25 frames. The second round will place from April 21 to April 25.

Like the second round, the quarter-finals will also be best-of-25 frames, with the matches taking place over three sessions. These four matches will be played on April 26 and April 27.

Unlike the previous rounds, the semi-final matches are played one after the other, rather than two matches taking place concurrently. These matches are best-of-33 frames, and take place over four sessions, between April 28 and April 30.

The final will take place over sessions, on May 1 and May 2. It will be best-of-35 frames.