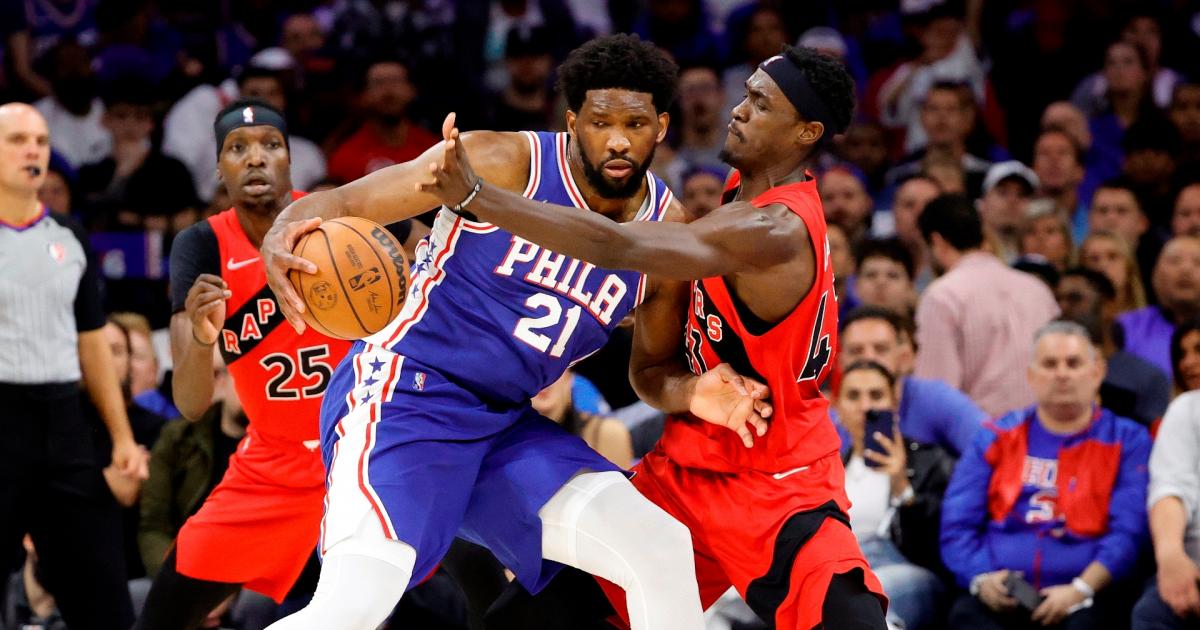 The Raptors are running out of time to figure things out.

After being blown out by the 76ers in Game 1, the Raptors lost Game 2 by 15 points to fall behind 2-0 in the first-round series. The series now shifts to Toronto, where the Raptors went 24-17 in the regular season.

Both Gary Trent Jr. and Thaddeus Young played in Game 2 but were limited. The Raptors were also without rookie Scottie Barnes, who is sidelined with an ankle sprain. The 76ers, on the other hand, have their full roster at their disposal, though defensive ace Matisse Thybulle won’t be with the team in Games 3 and 4 because he isn’t eligible to play in Canada.

Can the Raptors pick up their first win to keep hope alive or will the 76ers take a commanding 3-0 lead?

Here’s everything you need to know about Game 3 between the 76ers and Raptors.

MORE: Watch the NBA playoffs on Sling TV (U.S. only)

What channel is 76ers vs. Raptors on?

In the United States, 76ers vs. Raptors will be broadcast on NBA TV. Veteran play-by-play broadcaster Kevin Calabro will be joined by NBA champion Brendan Haywood and Nabil Karim to handle the call from Scotiabank Arena in Toronto.

Viewers can also stream 76ers vs. Raptors on Sling TV.

Viewers in the U.S. can stream every NBA playoff game live on SLING TV. With the SLING Orange Sports Extra package, get $10 off your first month now with access to ESPN, ESPN2, ESPN3, TNT and NBATV.

NBA Playoff games on TNT are simulcast on the Watch TNT App, which is included with SLING Orange, available for $35 per month including $25 the first month for new subscribers.

What time does 76ers vs. Raptors start?

76ers vs. Raptors is scheduled to tip off shortly after 8:00 p.m. ET. The game will be played at Toronto’s Scotiabank Arena.

The series shifts to Toronto for Games 3 and 4 beginning on Wednesday, April 20. If there’s a Game 7, it will be played on Saturday, April 30 in Philadelphia.