Welcome to May Madness.

The 2022 NBA Playoff bracket is down to its usual 16 teams after a Play-In Tournament that featured both thrilling endings and brutal blowouts. Now comes the constant barrage of postseason contests as contenders fight for the right to hold the Larry O’Brien trophy.

Wondering which games are on today’s slate? You’ve come to the right place.

Here’s everything you need to know about watching NBA Playoff games, including a complete TV schedule with updated start times and channels.

MORE: Watch the NBA Playoffs on Sling TV (U.S. only)

Check out SN’s live scoreboard for stats and more. 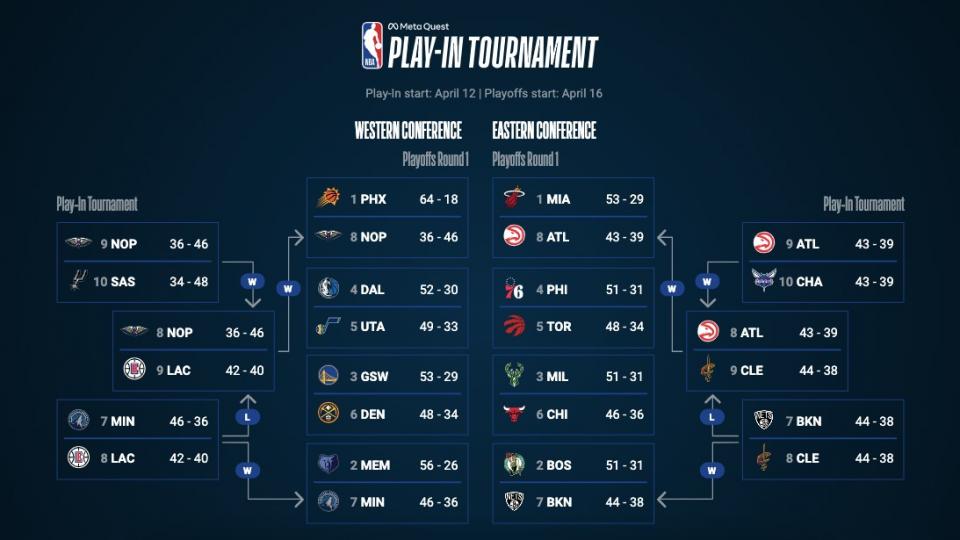 How to watch NBA Playoff games

NBA Playoff games will once again be broadcast on ABC, ESPN, NBA TV and TNT. Every NBA Finals game will be shown exclusively on ABC.

The primary outlets for live streaming 2022 NBA Playoff games are Watch ESPN and Watch TNT, both available on desktop and by downloading the mobile apps.

Viewers in the U.S. can stream every NBA Playoff game live on SLING TV. With the SLING Orange Sports Extra package, get $10 off your first month now with access to ESPN, ESPN2, ESPN3, TNT and NBA TV. NBA Playoff games on ABC are simulcast on ESPN3, which is included with SLING Orange, available for $35 per month including $25 the first month for new subscribers.