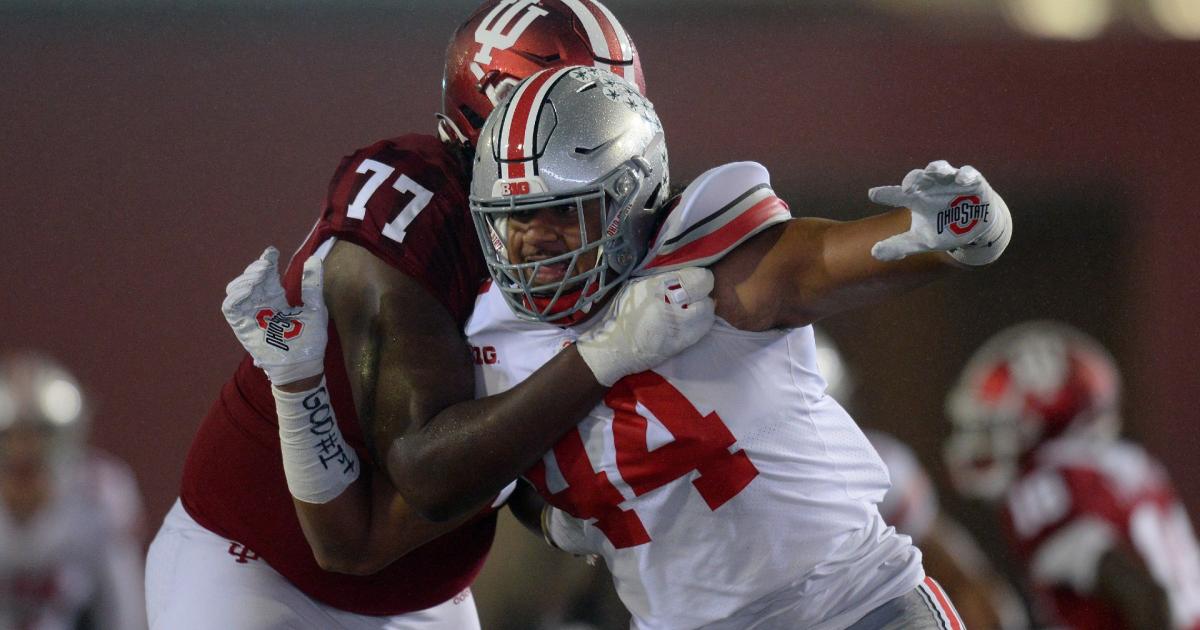 The Ohio State spring game is always a big draw, and attendance will not be limited in 2022.

The Buckeyes enter Ryan Day’s fourth season as head coach with something to prove. Ohio State is not the defending Big Ten champion for the first time under Day, but the Buckeyes bring back a loaded roster that will be able to contend for a national championship.

The LIFEsports spring game is 12 p.m. ET Saturday at Ohio Stadium. The game will be televised by the Big Ten Network.

The Sporting News previews this year’s game with all the need-to-know information.

When is Ohio State’s spring game?

The Ohio State spring game will be televised by the Big Ten Network, and can be streamed live via fuboTV, which offers a free trial

Per the university, the Buckeyes will wear “DH” decals in honor of former quarterback Dwayne Haskins, who died on April 9. There also will be a moment of silence and video tribute in Haskins’ honor.

The scrimmage will feature Ohio State’s offense against its defense, with the first three quarters having clock stoppage. The fourth quarter will have running clock.

The Buckeyes lost 42-27 to Michigan in 2021, and the response was to hire Oklahoma State defensive coordinator Jim Knowles to reshape a unit that surrendered 200 or more rushing yards in four games last season. The Cowboys led the nation in tackles for loss last season under Knowles, and Oklahoma State safety Tanner McCallister transferred to Ohio State and should help with the transition. It’s an aggressive 4-2-5 look in what Knowles calls a “safety-driven defense.” The Buckeyes allowed an average of 496 yards in losses to Oregon and Michigan last season. Even in a spring-game format, the defense will be under the microscope.

Who are the new receivers?

Garrett Wilson and Chris Olave should be selected in the first round of the 2022 NFL Draft, but the Buckeyes might have four future first-round picks in the receiver room right now. Jaxon Smith-Njigba led Ohio State with 1,606 yards and nine TDs and has the potential to be the Buckeyes’ best receiver of all time. He is coming off a 347-yard, three-TD performance in the Rose Bowl.

Marvin Harrison Jr. also caught three TDs in that game and figures to be a starter this year. Junior Julian Fleming and sophomore Emeka Egubka, a pair of five-star recruits, are in line for expanded roles in the offense.

Quarterback C.J. Stroud, a Heisman finalist last season, has more than enough to work with.

Who brings the pass rush?

Ohio State did not have a dominant pass rush last season, and that’s another area of emphasis for Knowles.

That could start with sophomore Jack Sawyer, who has played in the hybrid “jack” position in Knowles’ defense. Sawyer had four sacks in last year’s spring game and had three sacks as a freshman.

Fellow five-star sophomore J.T. Tuimoloau, who arrived late last season, had 3.5 sacks last season and also is a breakout candidate. Tyleik Williams is the top returner in terms of sacks with 5.0, and Zach Harrison, who had two sacks, returns after a disappointing season in 2021.

Defensive line coach Larry Johnson, one of the best in the FBS, was retained. This version of “Rushmen” should be improved.

Speaking of “Rushmen,” Curry has enjoyed a strong spring. The 6-3, 240-pounder does not lack confidence. “I kind of just look at myself like Nick Bosa,” Curry said in February, via Eleven Warriors. Curry chose Ohio State over Alabama and could work into a situational pass rusher role as a freshman.

The 4-2-5 scheme needs inside linebacker play, and Knowles had that at Oklahoma State. Hicks and Powers are both in-state recruits who have made strides in spring practice. Tommy Eichenberg and Steele Chambers are experienced starters, but the linebacker play needs to be better against the run.

Brown isn’t going to start, but he could push Kyle McCord for backup duties as the season goes on. That race is worth watching given that Jack Miller and Quinn Ewers were in the quarterback room last year and transferred to Florida and Texas, respectively. Brown (6-3, 196 pounds) is a four-star quarterback who can compete to be the starter in the future.