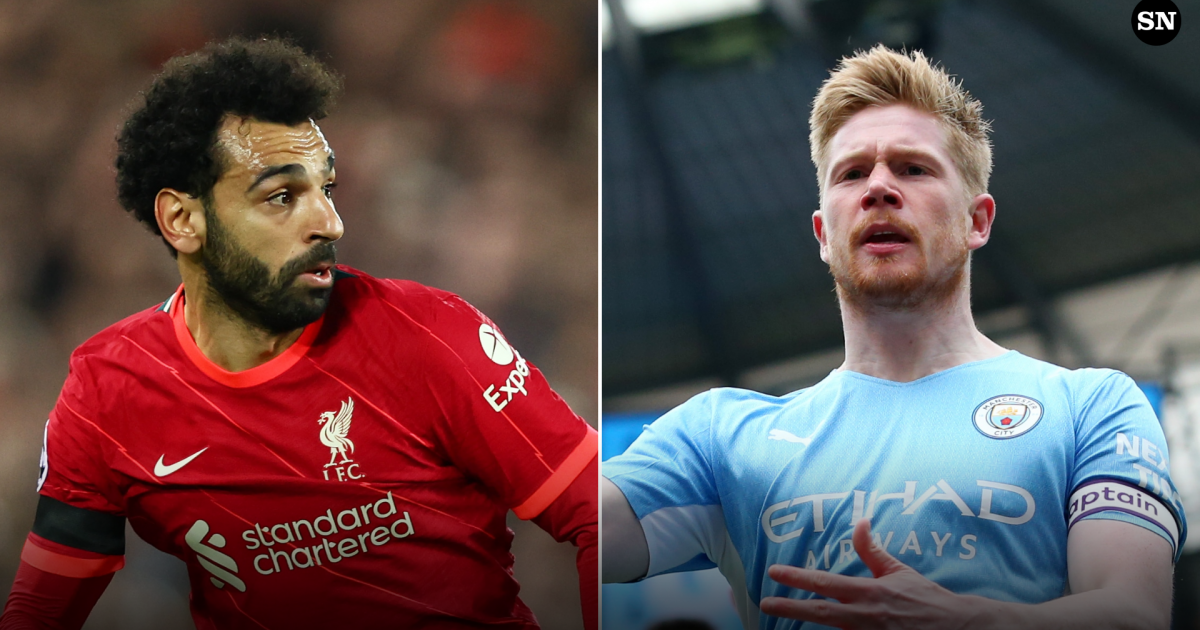 There has been seemingly nothing to separate Manchester City and Liverpool on the field this season.

The two clubs are a single point apart atop the Premier League table. Both are still alive in the Champions League semifinals. They have played to two 2-2 draws this season.

That will change Saturday as the two teams must find a winner in the FA Cup semifinals.

This heavyweight FA Cup semifinal clash takes place at Wembley Stadium as Man City and Liverpool play for the second time in under a week. The highly-anticipated Premier League matchup on April 10 ended even as Diogo Jota’s 46th minute goal ensured the spoils were shared after an eventful first half.

With so little to separate the clubs this season, it’s little surprise that the only sure thing — according to the bookmakers — is that both teams will find the back of the net.

Since the first leg of their 2016-17 Champions League meeting, which saw Liverpool win 3-0, only three clean sheets have been kept across 10 matches between the sides, with two of those coming on either end of a 0-0 draw back in October of 2018.

Man City is a slight favorite given the team’s overall dominance across league play this season, but it’s only just so, with Liverpool given a real chance to come away with a regulation result.

Of the last nine matches between these two teams across all competitions since their Champions League meeting in 2017, five of them have ended in regulation draws.

In Premier League play this season, Man City’s expected goals (xG) differential is +51.29, and Liverpool’s is +50.73. In the league meeting last weekend at the Etihad, Man City came out of the xG scoreline just ahead at 1.32-1.08. Man City takes 18.2 shots per game, while Liverpool takes 18.7. Of the top 10 rated Premier League players this season via SofaScore, three play for Liverpool and three play for Man City.

There is — quite simply — nothing to separate the two sides. The margins are incredibly thin, and instead of taking a winner, the draw with better odds is the best play here. It’ll be decided in extra time or penalties.

Picking a winner here, or any team performance metric for that matter, is a fool’s errand.

Yet there is one glaring opening in the odds that stands out among the rest. While both teams to score is a ghastly -195 or even -200, the odds on the over are still very palatable.

While the xG from the game last weekend doesn’t exactly indicate another high-scoring affair, everything else does. The match finished 2-2 and each team still missed one “big chance” each. The six shots for Liverpool were equal to its haul from the reverse fixture against Man City back in October, but the chances generated were excellent ones in both.

There are goals in this match, and while it’s no problem to take the under 2.5 goals at reasonable -135 odds, taking the bump to 3 goals at +125 is also extremely appetizing, with the possibility of a push vs. a loss in a game of thin margins such as this.

While there are many players on both sides who may or may not, one of the first players on the Man City teamsheet is Joao Cancelo.

While he doesn’t put all of those on frame — averaging 0.7 shots on target per game — that’s a good enough conversion rate to expect Cancelo will have an opening. All it takes is one effort on frame.