Have Everton been relegated in club history? Last time Toffees dropped down to second division and odds it happens again 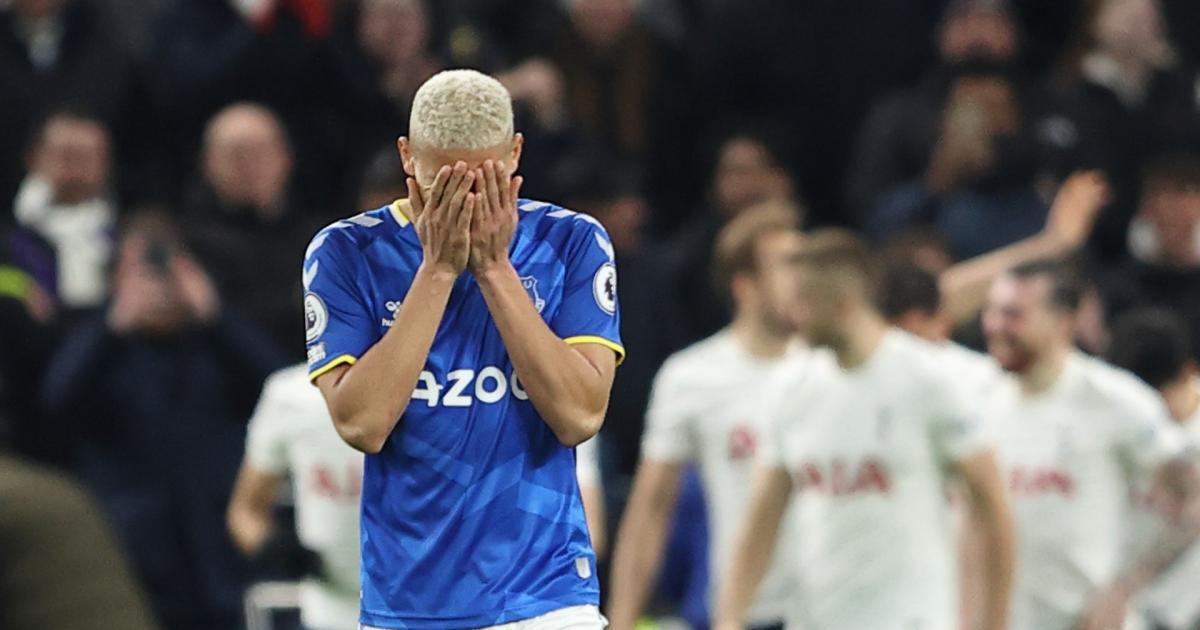 It has been a long time since Everton was not involved in England’s top-flight league, but there is a real chance that streak comes to an end this year.

The season is spiraling away from the Toffees, who have lost two straight and are now just one point from the drop zone with nine matches to play.

Should Everton — a fixture in the top flight for decades — end up relegated, it would be one of the most unexpected drops in recent history, and a massive blow to a club and fan base that had hopes of challenging for a spot in the upper half of the Premier League table this season.

* = The bottom three teams are relegated to the second-tier Championship.

When was Everton last relegated?

Everton last suffered relegation in 1950-51, but the Toffees jumped back up a few years later, with a second-place finish in the 1953-54 Second Division earning them promotion to the top flight the following season.

That makes Everton the second-longest tenured team in the English top flight, with only Arsenal maintaining its top-flight status longer. Arsenal have been a top-tier club in every season since the 1919-20 campaign.

How many times have Everton been relegated?

Everton have been relegated from the top flight twice, and have never played in a league lower than the second division in the club’s history.

After each drop, Everton managed to return to the top flight quickly, going straight back up in 1930-31 after winning the Second Division title. It took three seasons to secure a return to the First Division in 1953-54.

Except for those four campaigns spent outside the top tier of English football, Everton have been in the top flight in every other season throughout the club’s history.

Will Everton be relegated?

Everton currently sits a perilous one point above the drop zone with 9 matches to go, and the remaining schedule is tough. It is still very possible that Everton can be relegated for the first time in the club’s Premier League history (since 1992-93), and for the first time in all league play since their return to the top flight for the 1954-55 season.

Since winning four of its first six Premier League matches of the season under former manager Rafa Benitez, Everton have won just three games, collecting just 12 points across its last 23 league games dating way back to the start of October (3W-17L-3D).

MORE: American Jesse Marsch hoping to save Leeds from relegation

According to data analytics website FiveThirtyEight, Norwich City and Watford are highly likely to be sent down, with both clubs sitting at over 83 percent to go down, leaving a vicious battle between three clubs to avoid the final relegation spot.

But after those two clubs, FiveThirtyEight tabs Everton as the next most likely to be relegated. Its chances to suffer the drop went from 31 percent two games ago to 49 percent after the loss to Burnley. Meanwhile, Burnley’s chance dropped from 53 percent to 37 percent thanks to the win.

Unfortunately for Everton, there is only one team below them in the table that remains on the schedule: The match against Watford on May 11 will be must-win. Outside of that match and another against Brentford (May 15), the remaining schedule is incredibly difficult.

Liverpool, Chelsea, Arsenal, and Manchester United all remain to play, with Crystal Palace and Leicester City (twice) on the docket as well.

Frank Lampard is confident that Everton can stay up this year. #MyPLMorning pic.twitter.com/jLY92noBlU

How relegation could impact Everton

Relegation would prove a significant blow for Everton, with the lack of Premier League revenues weighing heavily on a squad full of players who could push to leave.

First and foremost among them would be Richarlison, with the Brazilian international joining Everton on a $43 million deal in 2018 and almost sure to expect Premier League football. Goalkeeper Jordan Pickford is also likely to be in demand with 42 caps for England. Center back Yerry Mina, a 27-year-old Colombian international would be a luxury in the Championship.

Manager Frank Lampard could be sacked if Everton are relegated, as he was hired with the specific goal of keeping the club afloat after the disastrous end to Rafa Benitez’s reign.

Lampard started his managerial career at Derby County in the second-tier Championship, leading them to the promotion final, where they lost to Aston Villa in May 2019.

Everton owner Farhad Moshiri pumped $135 million into the club in January, hoping to push the Toffees towards safety, but relegation could be catastrophic to the books.