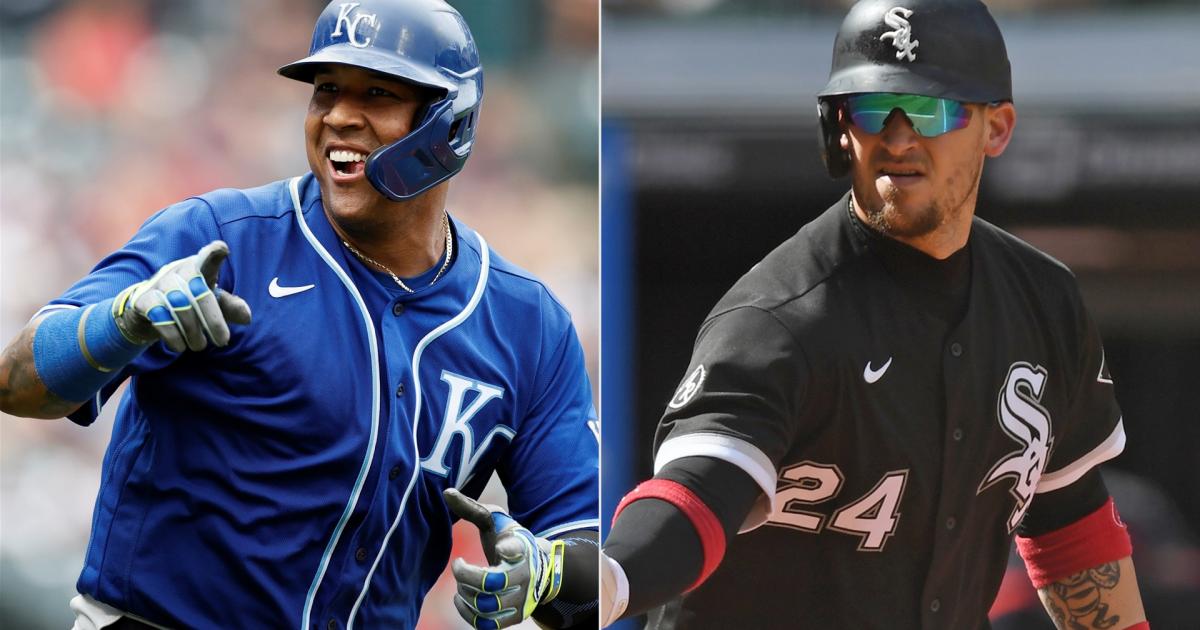 Things looked grim for a while, but the 2022 MLB season is almost here. That means fantasy baseball is back, and with it comes a whole new set of rankings, sleepers, breakouts, and potential busts at every position. Perhaps no position is less exciting than catcher, but the big guys behind the plate can provide an edge if you hit on the right ones.

Salvador Perez tops Fantasy Alarm’s C rankings after leading the majors in RBIs and tying for the league lead in HRs last year. Yes – among all positions, not just among backstops. It’s a bit lofty to expect Perez to repeat those feats, but clearly he’s a difference-maker in both single-catcher and two-catcher leagues.

Several other “old reliables” are in the top five, including the lone double-digit steals guy at the position, J.T. Realmuto, but some relatively fresh faces round out the top 10, including top prospect Adley Rutschman. Sleepers like Rutschman (if he still qualifies given the expectations), the versatile Daulton Varsho, and post-hype guy Joey Bart always come with risks, but the payoff is huge if you hit on them in a later round.

Overall, there’s a decent amount of talent at this position, but as usual, it gets thin quickly and there are bound to be some busts. That makes it tempting to jump on Perez or Realmuto early in your draft, but as long as you monitor playing time and production, you should be able to piece together decent output from your backstop.

These rankings are a composite of three of Fantasy Alarm’s experts. Players might be eligible at other positions, thus giving them more overall value.

For the rest of Fantasy Alarm’s C rankings — and rankings at every position — click here.