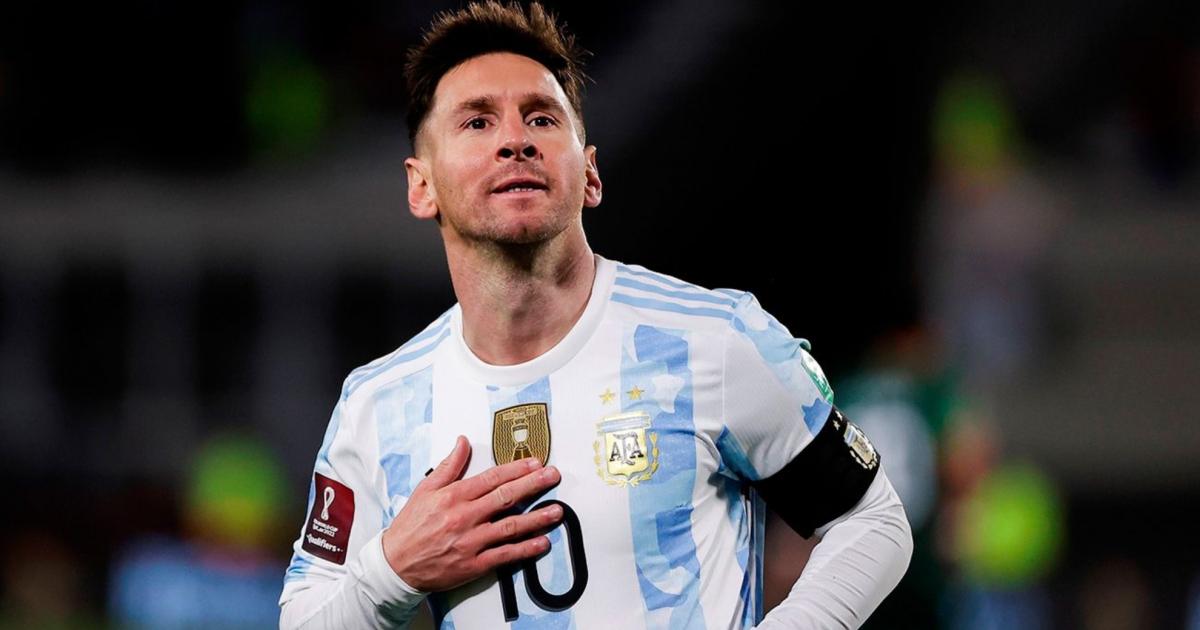 Lionel Messi will be turning 39 years old by the time the 2026 World Cup comes around in four years, leading many to believe that his current run at the 2022 FIFA trophy will likely be the legend’s last with Argentina. The team has long qualified for Qatar 2022, as they seek to help Messi win the one major international trophy he doesn’t have in his illustrious career.

He may have dropped more than a hint as to his future plans on March 25. That’s when Messi played an inspired match at La Bombonera in Buenos Aires, captaining his team to a 3-0 win over Venezuela in the final home World Cup qualifier of the 2022 World Cup. It was as if Messi sensed the special occasion, because he had a man-of-the-match performance and one of his best games of the season for club or country.

When he was asked postgame whether he would continue playing World Cup qualifiers after the 2022 World Cup, Messi said he expected things to change.

“I don’t know. The truth is that I don’t know,” he told media in translated postgame comments. “I’m thinking about what’s coming next, which is Ecuador [final 2022 World Cup qualifier], and the preparation games we have after that which are in July, and I think September, October, and then the World Cup [in Qatar].

“Then I don’t know,” he continued. “After the [2022] World Cup I will have to rethink many things, whether it goes well or not, hopefully in the best way. But surely after the World Cup many things change.”

Messi made his debut for Argentina in September 2005 and by his second match he had already picked up an assist. By the start of the following World Cup qualifying campaign, he was an immovable starter. If he was fit, he would play for his country.

And that’s how it has been in all the years since. But that time may finally be coming to an end. Messi is 34 now, and some argue his powers are on the wane. Certainly, for his club, he doesn’t look the player he once was.

If this turns out to be his last go at the World Cup with Argentina, he can leave knowing he gave his compatriots many memorable moments. Here’s a look at his record in World Cup qualifying for Argentina.

Since that match in 2005, Messi has played 159 matches for Argentina, including 59 World Cup qualifiers.

But Messi turns 35 in the summer of 2022 and it’s no wonder he wants to rethink things after the World Cup in Qatar. To undertake another four-year qualifying cycle at his age can take a toll. South America plays one of the most grueling qualifying campaigns with 18 total matches spread out over multiple years, with matches played all across the continent.

Messi has announced his international retirement once before, after Argentina lost the 2016 Copa America final to Chile in a penalty-kick shootout. It was the fourth time that he experienced heartbreak at an international tournament final: There were two other Copa America championship games lost to Chile (2015) and Brazil (2007), and a 2014 World Cup final that saw Germany win 1-0.

As is his style, Messi has rarely addressed rumors about his future. There was speculation by many that the 2018 World Cup would be his last, and yet he has been a key part of Argentina’s qualification for World Cup 2022 in Qatar.

Messi has been a major contributor to Argentina’s World Cup runs in the past, helping the nation qualify for five straight FIFA tournaments.

He is his nation’s all-time leading scorer (80 goals and counting) and has more World Cup qualifying goals (28) than any player in South American qualifying history.

Did Messi win the World Cup?

Messi has never won the FIFA World Cup, although he has come close.

Here’s a look at his performance, tournament by tournament:

As can be quickly seen above, Argentina have generally disappointed at World Cups during Messi’s career, with 2014 being the exception. That edition was also Messi’s best World Cup, and getting the most out of him was a key factor in their strong showing.

It was suggested by some that the main reason Messi didn’t follow through with retirement after the disappointment of the 2018 World Cup was that he wanted to win at least one trophy with Argentina. While it’s not the same as the World Cup, the 2021 Copa America win may have scratched that itch for him. If Argentina don’t win this year’s World Cup, he may still decide to call time on his international career.

If the match against Venezuela on March 25 was the last match Messi has played for the national team on Argentine soil, it was a nice way to go out.

He’s played a total of 42 matches (27 goals) in Argentina over the course of his career.