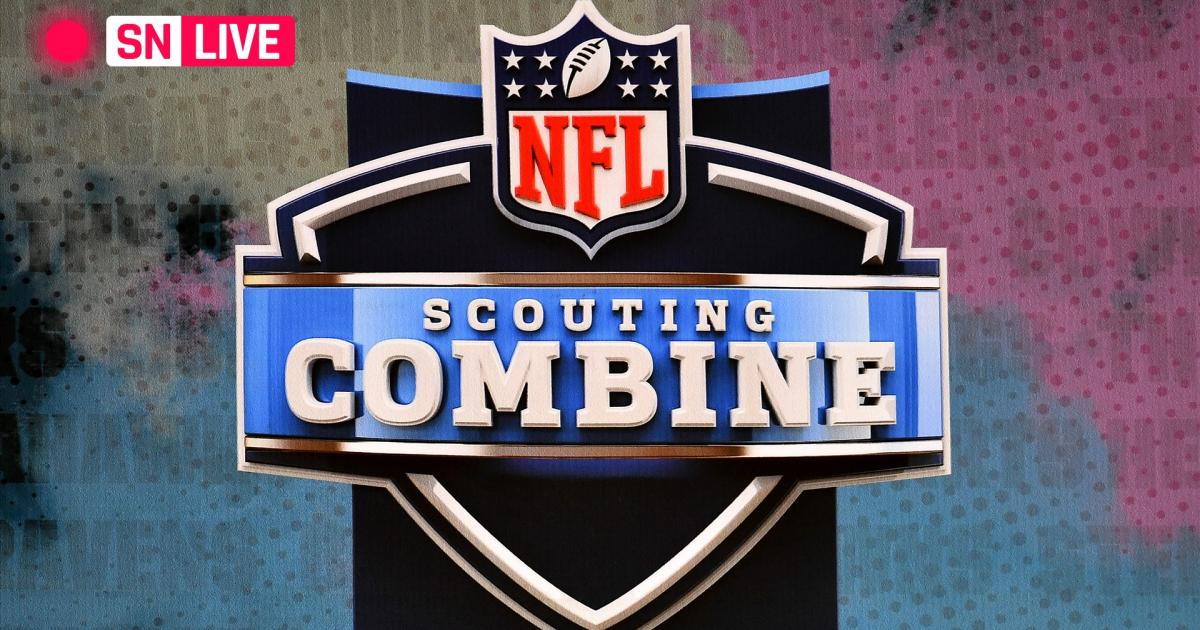 The NFL Combine was not held in 2021 as a result of the COVID-19 pandemic. The event is making its triumphant return in 2022, and NFL fans are eager to see the league’s top prospects — and their favorite prospects — in action ahead of the 2022 NFL Draft.

The on-field drills are, arguably, among the least important events at the NFL Scouting Combine. Teams are usually more focused on medical exams and interviews as they get to know the player off the field and not from the tape. That’s why a handful of potential top prospects — like Evan Neal, Derek Stingley and Matt Corral — choose to wait until their Pro Days to conduct the on-field drills.

That said, there will still be plenty of top-tier prospects in action at the combine. And given the relative uncertainty atop each positional big board in this top-light class, players that interview and test well could still have an opportunity to rise.

The intrigue surrounding these prospects is why the league is, once again, hosting the event in prime time. The NFL Combine shifted its workouts from the morning and early afternoon to prime time in 2020 to capitalize on the interest in these prospect workouts.

While teams already know, or can roughly estimate, the measurables of each player, the fans don’t know as much. So, for many, this is a great, opportunity to get to know the best players and potential first-round picks of the 2022 NFL Draft.

Below is a look at the notable results from on-field NFL Combine workouts on Thursday, Friday, Saturday and Sunday.

12:34 p.m. — Dameon Pierce’s day is off to a good start. The Florida running back put up 21 reps on the bench press and showed determination pushing through the final one.

#Florida RB Dameon Pierce with 21 reps on the bench press.

As Pierce was struggling on the 20th rep, he yelled to the spotter: “don’t take that b****!” 😂😂 pic.twitter.com/TAvKRzsZq8

11:55 a.m. — Another interesting measurement: NC State offensive lineman Ikem Ekwonu, who is in the mix for the No. 1 pick, has an 84.25-inch wing span. That’s less than an inch shorter than Daniel Faalele’s wing span even though Faalele is four inches taller and 74 pounds heavier than Ekwonu.

11:00 a.m. — Good news for NFL fans: Kayvon Thibodeaux, a top pass rushing prospect from Oregon, will participate in drills at the combine on Saturday. The potential No. 1 overall pick feels like he has something to prove to talent evaluators.

9:05 a.m. — Another tackle to watch on Friday will be Minnesota’s Daniel Faalele. He weighed in at 6-8, 384 pounds and is the heaviest player at the combine since 2003. He had a unique rise to prominence in college football and could be an athletic freak.

8:00 a.m. — The rest of the offensive players, running backs and offensive linemen, will work out today along with the specialists. Ikem Ekwonu is the top prospect scheduled to work out, as Alabama’s Evan Neal will not be participating in drills until his Pro Day.

11:00 p.m. — This is, officially, the fastest receiver group in NFL Combine history. Nine receivers totaled sub-4.4 times in the 40-yard dash, breaking the previous record of seven set in 2019.

10:55 p.m. — Well, we came close to having the fastest combine run of all time. However, Tyquan Thornton ran a 4.28 in the 40, 0.07 seconds slower than his original time. There were some major adjustments for 40-yard dash times, including that of Chris Olave, who saw his time drop to 4.39.

7:24 p.m. — Quarterback throwing drills up, Sam Howell in this group, the most noteworthy name in this group.

Treylon Burks’ first crack at the 40-yard dash logs a time of 4.55u. Burks said yesterday he’s met with the #Chargers.

5:13 p.m. — UCLA’s Greg Dulcich puts together the best run in the gauntlet drill. Could be a riser this draft season:

“That’s the best rep of the gauntlet thus far.” – @MoveTheSticks @UCLAFootball TE @Greg_Dulcich is stealing the show out here.

Greg Dulcich vs George Kittle in the 40 pic.twitter.com/kF1JW2bEiS

4:23 p.m. — The first group of tight ends have all run now. The clubhouse leader for the 40 is now Chigoziem Okonkwo from Maryland. He ran the 40 in 4.54 seconds. Jelani Woods, a 6-7 Virginia product who posted 24 reps on the bench press, ran a 4.61 to tie Dulcich for second place.

3:50 p.m. — Speaking of 40 times, we could see some fast ones from the wide receiver group. Cornerbacks and receivers tend to run the fastest 40-yard dashes, so keep an eye on the receivers today.

NFL Network’s Daniel Jeremiah lists the following three receivers as having a chance to be the fastest player at this year’s combine:

3:48 p.m. — UNC quarterback Sam Howell will NOT run the 40-yard dash at the combine, as he’s nursing a calf injury. He’s still going to throw, but Howell is another of the top-five quarterbacks in this draft class that will not run.

3:32 p.m. — Workouts start shortly at the 2022 NFL Combine. Arkansas wide-out Treylon Burks will be in action on Thursday, and he spoke earlier in the week about his affinity for 49ers receiver Deebo Samuel.

“I try to mimic my game after him,” Burks said.

We’ll soon see if he has any Deebo-like skills in his bag.

3:11 p.m. — Kenny Pickett wasn’t the only one with an eye-popping hand-size measurement. Skyy Moore, a receiver from Western Michigan, checked in with 10.25-inch hands despite standing only 5-10.

2:49 p.m. — The tight ends hit the bench press today at the NFL Combine. One of the top performers was Virginia’s Jelani Woods. The 6-7 playmaker logged 24 reps of 225 pounds.

Keep your eyes out for @jelani_thegreat today. 👀

2:27 p.m. — Malik Willis and the quarterbacks haven’t even worked out yet, but he’s already a big winner of NFL Combine week. Why? He has interviewed extremely well, per Jeff Howe of The Athletic. Stock up for Willis.

Malik Willis has been blowing teams away with his interviews at the combine, too. It’s a continuation of his impressive Senior Bowl week. Of the teams I’ve spoken to, the overwhelming majority believe he’s got the highest ceiling of the QBs in this draft class.

1:55 p.m. — In case you missed the excitement, Kenny Pickett’s hand size measurements are in. The Pitt quarterback has 8.5-inch hands, which would measure as the smallest among any current NFL quarterback.

Below is a look at top prospects at each position, according to SN’s Vinnie Iyer, and how each fared during the 2022 NFL Combine.

The 2022 NFL Combine will, once again, be a prime-time event. The NFL made that change in 2020 to ensure they could maximize viewership for the event. Prior to 2020, all drills were held in the morning and early afternoon.

The combine will run Thursday through Sunday with position groups working out in prime time each day. NFL Network, the exclusive home of the combine, will show seven hours of drills each of the first three days and five hours of drills on Sunday. Rich Eisen and Daniel Jeremiah will serve as the primary voices for the event with various other NFL Network guests filling in each day.

Below is the complete TV schedule for on-field workouts and drills at the 2022 NFL Combine.

While the drills will be the big draw for fans wanting to see the draft prospects in action, other aspects are more important for the players. Notably, the player medical evaluations and team interviews will be critical in determining where certain players are drafted.

The interviews will be interesting to watch this season, as the NFL is putting an increased emphasis on team conduct within those interviews. According to the AP, the NFL said, “a team would forfeit a draft pick between the first and fourth round and be fined a minimum of $150,000 if it’s determined a club representative displayed conduct that is ‘disrespectful, inappropriate, or unprofessional’ during an interview.”

To see the full schedule for the 2022 NFL Combine, click here.

NFL MOCK DRAFT: Malik Willis first QB off the board in pre-combine mock

Coverage of the 2022 NFL Scouting Combine will air exclusively on NFL Network and its streaming affiliates. That includes the NFL app, the NFL Network app, and fuboTV, which comes with a free trial.