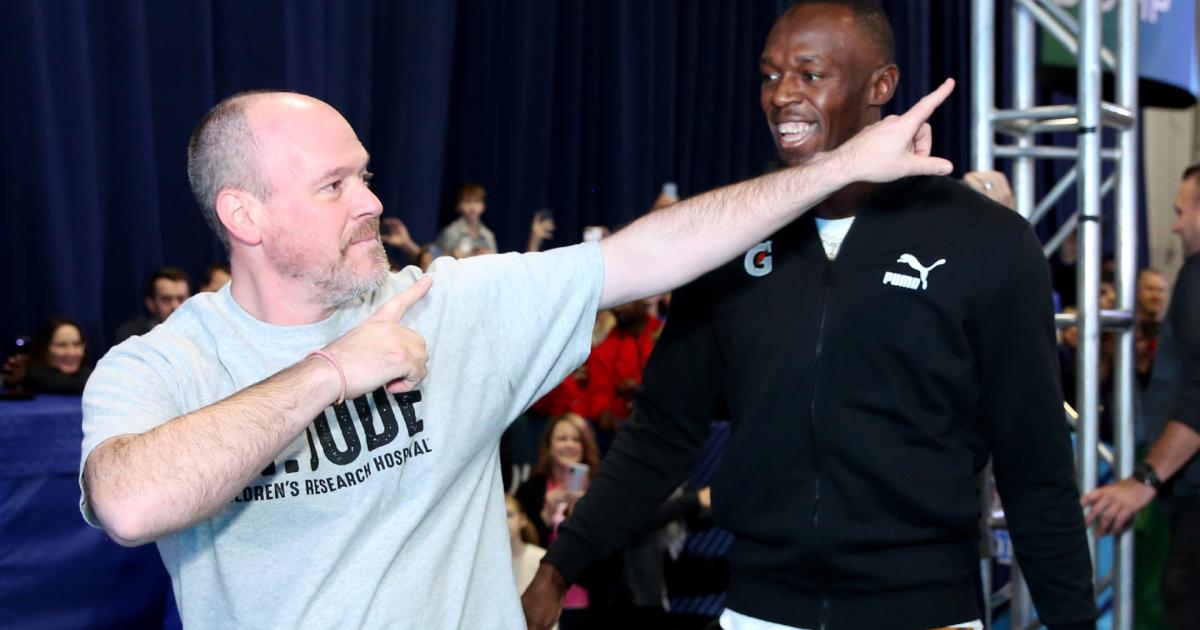 Rich Eisen, the famed sports personality, NFL Network host and chairman of the “Rich Eisen Show”, has made a name for himself for his dulcet tones behind the microphone.

Eisen, though, has also gained a modicum of fame for what he does away from it at the NFL Combine every year: Eisen has run the 40-yard dash at every scouting combine since 2005, and he’s been remarkably consistent.

It started as something of a gag, and the long-suffering Jets fan isn’t the most fleet of foot, but that doesn’t matter much.

Why does Rich Eisen run the 40-yard dash?

Originally run as a challenge from Terrell Davis, Eisen running at the NFL Combine has taken on a new meaning: Now, he runs under the #RunRichRun campaign, raising money for St. Jude Children’s Research Hospital every year.

Eisen runs it annually on the last day of the NFL Combine, and has used the spectacle as a fundraiser for St. Jude Children’s Hospital since 2015. Eisen has helped raise roughly $4.2 million for the charity since then.

In 2021, instead of running at the combine — since it didn’t take place — Eisen ran at SoFi Stadium, home of Super Bowl 56.

In addition to running the dash, Eisen also always runs in a suit and tie, and the image has become so enduring that his sprinting silhouette has become the logo for his radio show.

Eisen has had help in the past: former wideout Brandon Marshall offered to help Eisen train for the run in 2021, but it didn’t have an impact on his time.

Eisen’s 40-yard dash time might be best measured on a sundial as opposed to a stopwatch.

If you’re betting the over, you might be safe: Eisen routinely finishes around the 6-second mark in the 40-yard dash, with his 5.94-second mark in 2016 the fastest of his combine career.

Here’s a breakdown of his times over the years: