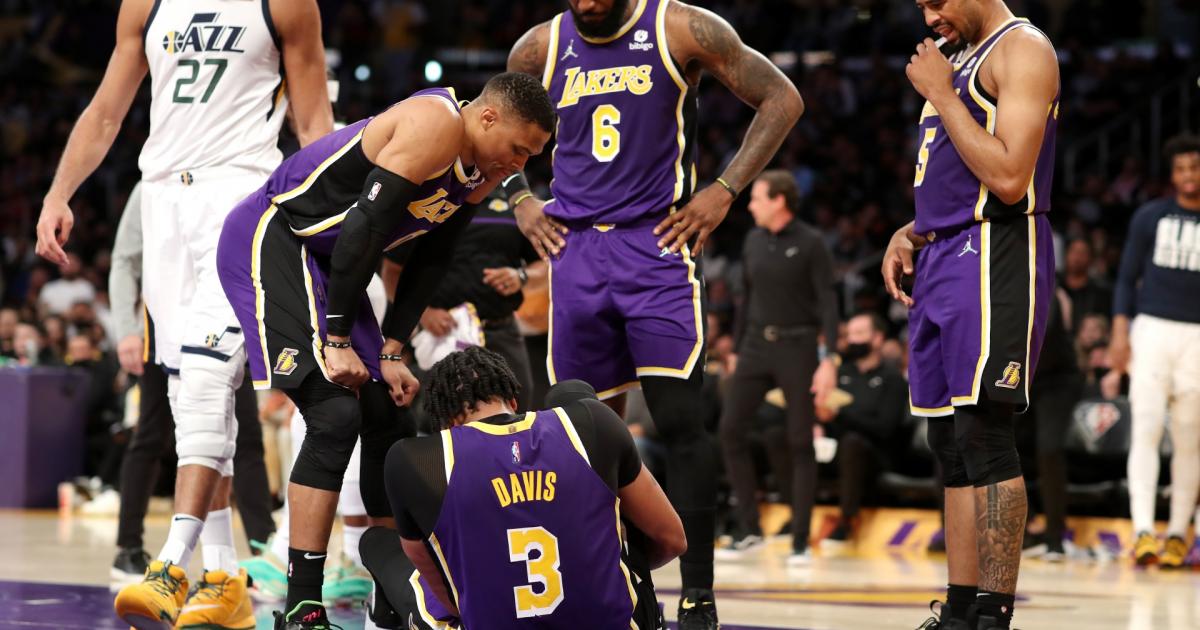 Nothing is falling in the Los Angeles Lakers’ favor.

During the second quarter of their contest against the Utah Jazz before the All-Star break, star forward Anthony Davis went down with a brutal ankle injury and was forced to the locker room.

Here’s everything we know about the injury so far.

What is Anthony Davis’ injury?

During the second quarter of the Lakers’ game against the Jazz on Wednesday, Feb. 16, Davis suffered a devastating ankle injury and had to be carried off of the court.

The star forward jumped up to catch a lob and came down straight onto Rudy Gobert’s heel, turning his ankle in a gruesome direction (disclaimer: it’s ugly). Davis had to be carried off the floor, unable to put any pressure on his injured right ankle.

According to ESPN’s Dave McMenamin, Davis received X-Rays and they came back negative. McMenamin added that there was no timetable for his recovery and he would be re-evaluated at the All-Star break.

Official word from the Lakers: Anthony Davis has a right ankle sprain; X-rays were negative. No time table for recovery provided at this time. He will be reevaluated after the All-Star break.

How long will Anthony Davis be out?

According to The Athletic’s Shams Charania, Davis has been diagnosed with a mid-foot sprain. He is expected to be sidelined for at least four weeks.

Lakers star Anthony Davis has been diagnosed with mid-foot sprain on right foot and will be re-evaluated in four weeks.

The Lakers’ next game is against the Clippers on Feb. 25. A four-week timeline puts Davis at risk of missing 11 games.

Davis has appeared in 37 of a possible 58 games this season.