How many Super Bowls have the 49ers won? History of San Francisco’s big game appearances 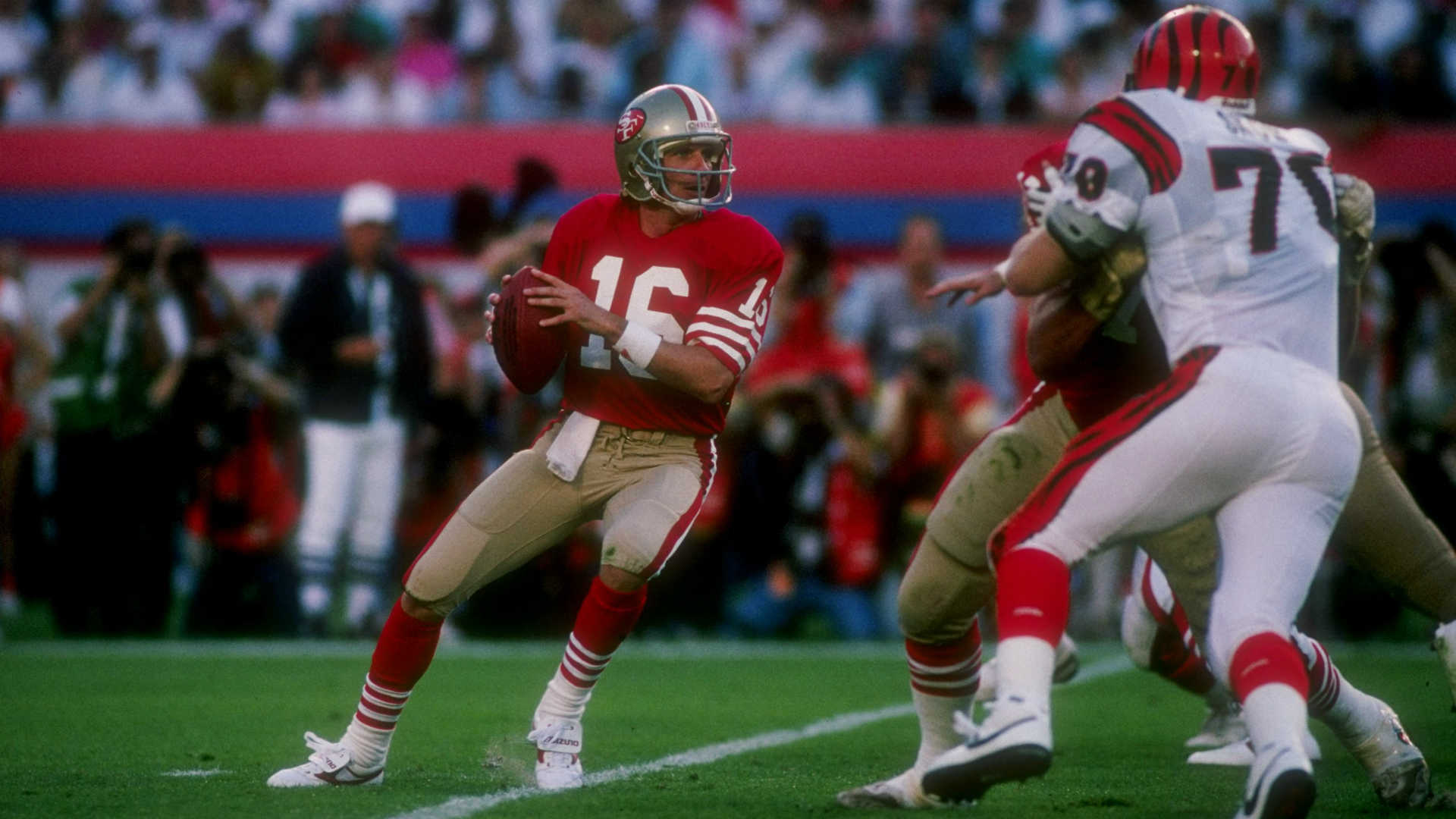 The 49ers are one of the NFL’s most popular teams largely because they’ve had more success than most in the league. For that, San Francisco has an amazing run in the 1980s, plus an extra Super Bowl title in the ’90s, to thank.

Now San Francisco is chasing yet another Super Bowl in its fourth NFC game appearance since the 2011 season. Should the 49ers beat the Rams, they would tie the Cowboys for the most NFC titles with eight.

Below is the 49ers’ Super Bowl history, which includes a 5-1 record in the big game.

How many Super Bowls have the 49ers won?

The 49ers have tasted victory in the Super Bowl five times.

Below is a quick review of all five of their Super Bowl wins.

San Francisco’s first Super Bowl appearance was a success. Led by eventual Super Bowl MVP Joe Montana, the 49ers build a 20-0 lead in the first half against the Bengals. Though Cincinnati made a second-half push, outgaining San Francisco 356-275, it was plagued by four turnovers.

The 49ers needed just a couple Ray Wersching field goals in the fourth quarter to hold off the Bengals for their first title, which came in coach Bill Walsh’s third season.

What was a tight game in the first quarter quickly turned into a disaster for the overmatched Dolphins. The 49ers pounded their opponent in their second Super Bowl to the tune of 537 total yards to just 314 for Miami. Montana again was named Super Bowl MVP.

The 1984 49ers followed a 15-1 regular season with this blowout win in the Super Bowl, making them, in our estimation, the second best Super Bowl-winning team in NFL history.

After three straight seasons in which the 49ers lost in the playoffs, they returned to the big game in what would become Walsh’s final year as coach. To win the Super Bowl, Montana threw a touchdown pass to John Taylor with 39 seconds to play. Wide receiver Jerry Rice, who caught 11 passes for 215 yards and a touchdown, was named Super Bowl MVP.

After one of the best Super Bowls in NFL history, Walsh announced his retirement in the locker room. He left the 49ers with three Super Bowl victories and 10 wins in 14 postseason games. Defensive coordinator George Seifert was promoted to replace him, and San Francisco would go on to win its fourth Super Bowl the following year and cement itself as the team of the 1980s.

Denver never had a chance in this game. The blowout began in the first quarter, and at one point in the third, the 49ers had a 41-3 lead over the Broncos before John Elway finally got Denver on the board with touchdown. Montana, who passed for 297 yards and 5 touchdowns for a passer rating of 147.6, was named Super Bowl MVP for the third time.

Just behind the 1984 49ers, we ranked this San Francisco squad as the third best Super Bowl-winning team in NFL history.

This was Steve Young’s moment to shine, and he took advantage. All the QB did was throw a Super Bowl-record six touchdown passes and win the game’s MVP award as San Francisco blew out San Diego.

The 49ers won their division again the next year and made a few more playoff appearances under Steve Mariucci after Seifert left before the 1997 season, but they did not return to the Super Bowl until 2012.

The 49ers have appeared in seven Super Bowls and have won five.

Below are all of their appearances, including their latest, which also happens to mark their second loss in the big game.

San Francisco, of course, has had many chances to increase its number of Super Bowl appearances. The 49ers have lost in the NFC championship game nine times.

When is the last time the 49ers played in the Super Bowl?

San Francisco is one of a small handful of teams to have played in a Super Bowl this decade.

The 49ers played in Super Bowl 54 against the Chiefs back in 2020. They finished the regular season as the No. 1 seed in the NFC and reached the big game with victories against the Vikings in the divisional round and Packers in the NFC championship.

But it was the year for Patrick Mahomes to claim his first Super Bowl ring. The Chiefs and 49ers were tied at 10 after the first half, and San Francisco scored 10 unanswered in the third quarter to take a 20-10 lead heading into the fourth. However, the Chiefs rattled off three unanswered touchdowns in the fourth quarter to run away with the title in the end 31-20.

Which team has won the most Super Bowls?

The 49ers remain stuck in a tie with the Cowboys with five Super Bowl victories apiece, but both are one behind the Patriots and Steelers.

Below are all the NFL teams that have won two or more Super Bowls.