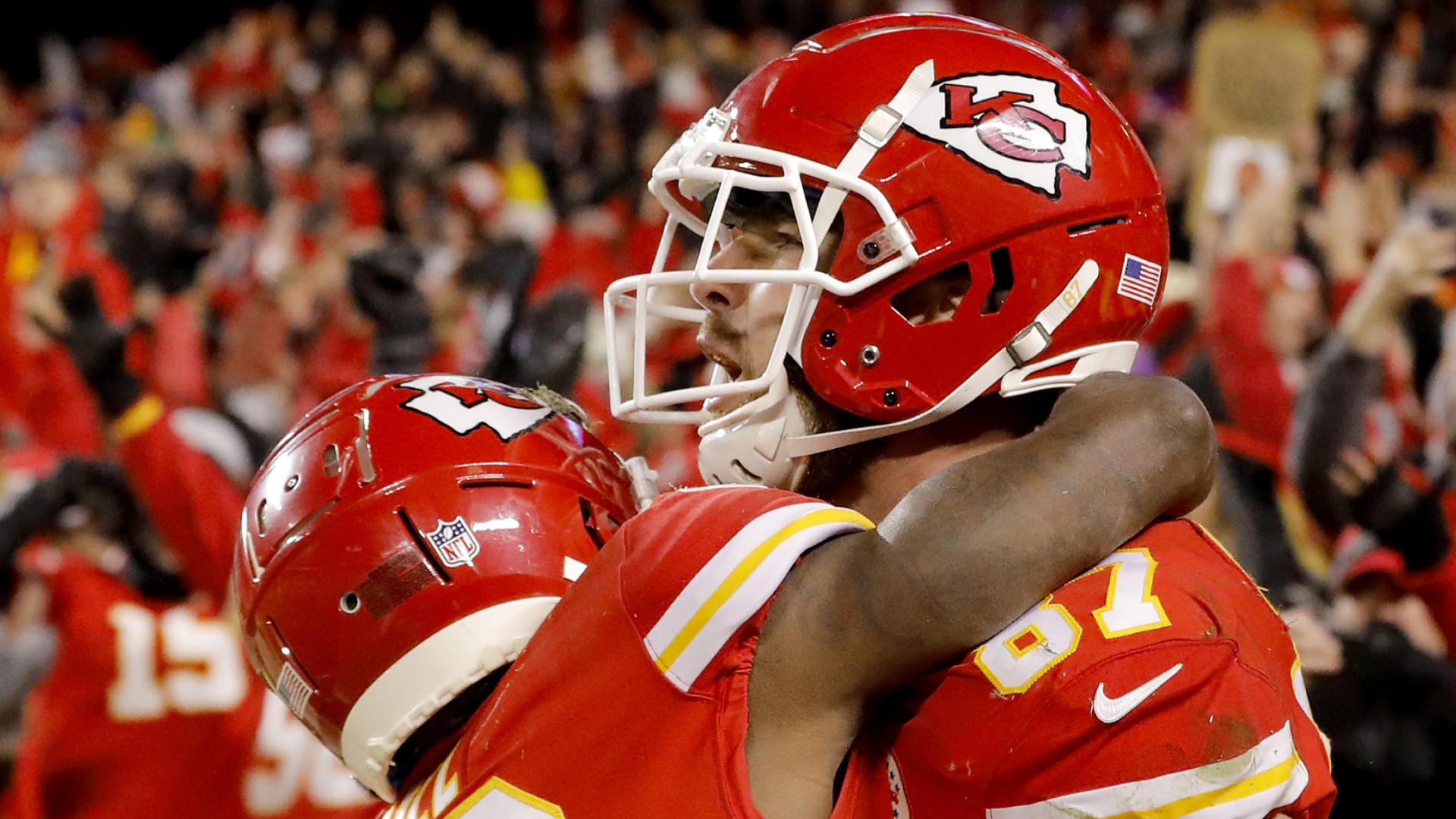 Travis Kelce made the two biggest plays in the Chiefs’ last-gasp come-from-behind victory against the Bills in their 2022 NFL playoff matchup. The sound of each of them was incredible.

The first play, a 25-yard catch that set up Harrison Butker’s game-tying field goal at the end of regulation, featured Kelce and Patrick Mahomes communicating on the perfect audible against the Bills’ prevent defense. However, Kelce’s reaction to ending the game in overtime may have been even better.

Kelce caught an 8-yard touchdown pass on the Chiefs’ eighth play of overtime to seal their comeback win over the Bills. He had plenty of space to get open on the play and Mahomes was able to get the ball to him.

The Chiefs were understandably elated after that play. They completed a three-point comeback in the final 13 seconds of regulation time and are heading to their third AFC Championship Game as a result.

MORE: Why the Packers are “going to look different” in 2022

NFL Films captured the pure joy that the Chiefs experienced at that moment. They shared a mic’d-up clip of Kelce’s overtime antics on Tuesday, with his interaction with Mahomes being the standout moment from the video.

“Greatness, dog. Greatest. Great ball,” Kelce barked at Mahomes, who ran up to him screaming in joy after the score. “Great. Ball.”

The other standout moment came when Kelce celebrated the end of the game with another key part of the Chiefs’ attack, offensive coordinator Eric Bieniemy. The duo shared a warm embrace on the field.

“Sixty f—ing plus minutes,” Kelce said. “Count on me dog.”

Bieniemy, Mahomes and Andy Reid certainly did that. Kelce finished the game with eight catches for 96 yards —both second on the team to only Tyreek Hill — and the game-winning touchdown.

The two late-game catches Kelce made legitimately saved the Chiefs’ season. He will surely be a big part of the Chiefs’ offense as they face the Bengals in the AFC Championship Game and look to make it to their third consecutive Super Bowl.