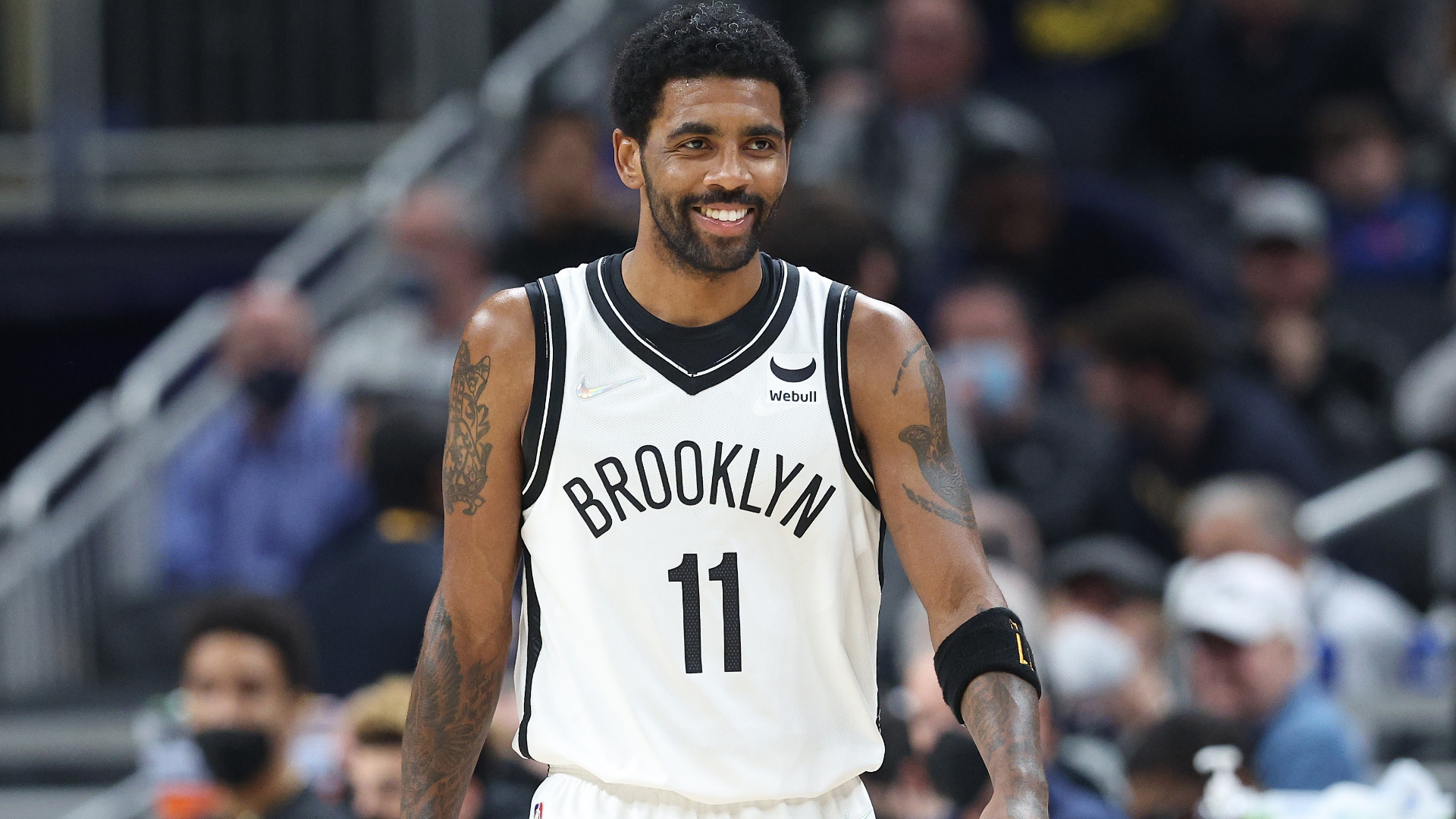 Once a beloved figure in Cleveland, Nets guard Kyrie Irving appears to be at odds with everyone, including with fans of his former team.

Irving was fined $25,000 Thursday for directing obscene language toward a fan, the NBA announced.

The incident, which can be seen below, occurred with 4:19 remaining in the second quarter of Brooklyn’s 114-107 loss to the Cavaliers on Monday. Irving, who played his first six seasons in Cleveland, told the fan, “Got y’all a championship (in 2015-16) and motherf—kers still ungrateful.”

The Cavaliers drafted Irving with the No. 1 overall pick in 2011. He spent his first six seasons in Cleveland where he earned Rookie of the Year honors and made the All-Star team four times.

Things soured between Irving and the Cavs front office to the point where he forced his way out of ttown, traded to the Celtics in 2017. He spent two seasons in Boston before signing as a free agent with the Brooklyn Nets in 2019. He earned his seventh All-Star selection in the 2020-21 season.

Irving’s conduct appears to have violated Article 35 of the NBA’s Consitution revolving around player conduct.

Atricle 35 (c) reads: If in the opinion of the Commissioner any act or conduct of a Player at or during an Exhibition, Regular Season, or Playoff Game has been prejudicial to or against the best interests of the Association or the game of basketball, the Commissioner shall impose upon such Player a fine not exceeding $50,000, or may order for a time the suspension of any such Player from any connection or duties with Exhibition, Regular Season, or Playoff Games, or he may order both such fine and suspension.

Irving is the second Nets player to receive a fine from profane language-related incidents in the last week. Kevin Durant was fined $15,000 last week for his profanity-laced press conference

Wednesday marked the two-week anniversary of Irving’s return to the NBA. He is unvaccinated, meaning he cannot play in home games at Barclays Center in Brooklyn unless the franchise reportedly pays a small fine.