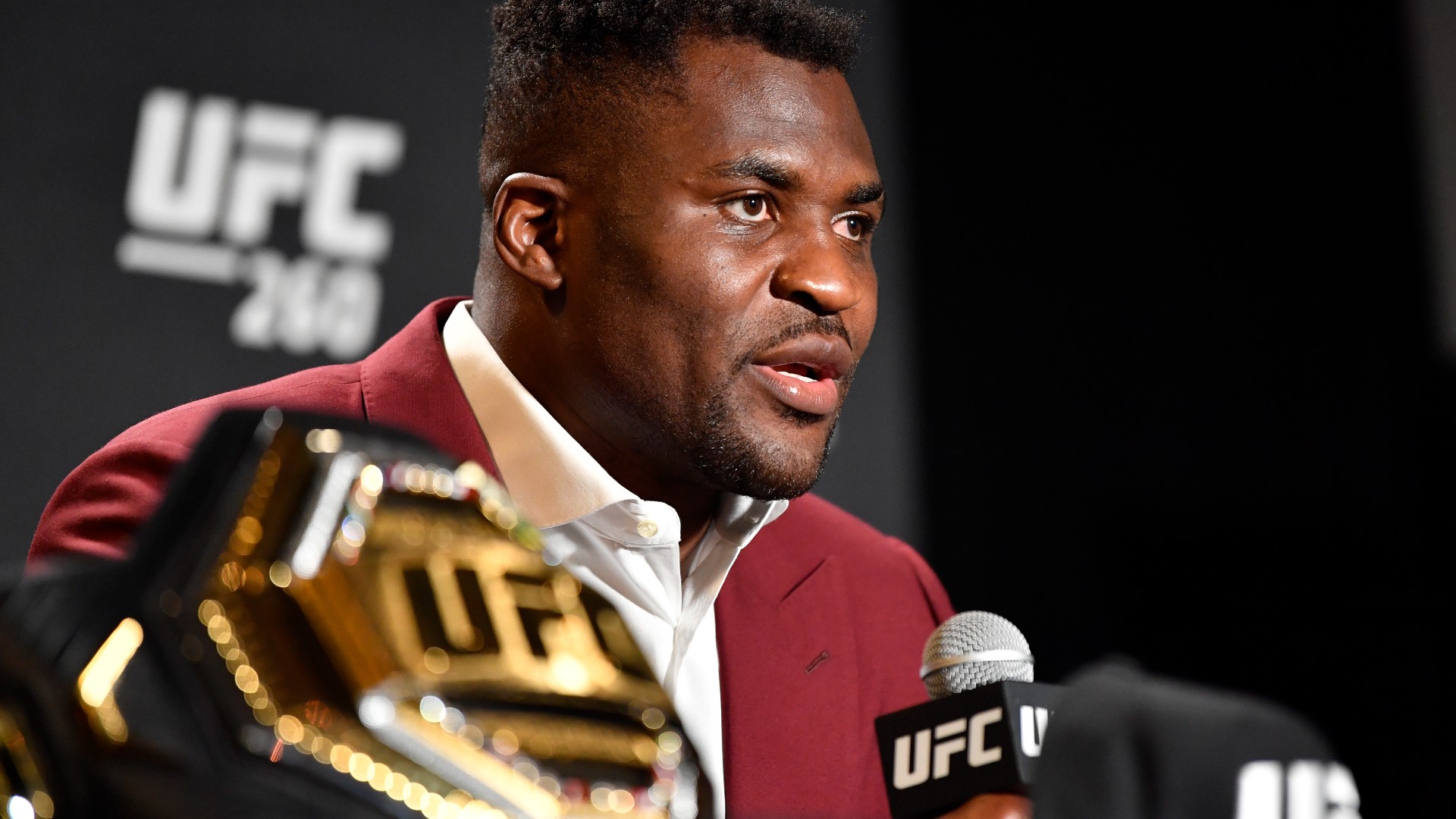 Ngannou must put everything else on the back burner inside the Honda Center in Anaheim, Calif.. Otherwise, his goal of earning more money at 35 will only be a dream. As the saying goes, heavy is the head that wears the crown.

Ngannou, a power puncher with 12 wins via knockout, made his UFC debut in 2015. After losing two in a row in 2018, one against Stipe Miocic for the UFC heavyweight title, Ngannou would win five in a row via some form of knockout. One of those wins came at UFC 260 in March when he beat Miocic in a rematch for the title. Competing in the last fight of his UFC deal, Ngannou is trying to have the high ground when it comes to what he desires.

Ngannou has been linked to controversy before regarding money. Jon Jones and White have argued over what the salary would be in a potential bout between Jones and Ngannou. White has also stated that if he believes he can find a better deal and opportunity, so be it. The UFC president believes that Ngannou’s agent is not helping the champion’s cause, which has stirred debate in the MMA community.

Outside of the battle with the UFC, Ngannou and Lopez continue to put one another on edge. Ngannou was a part of MMA Factory from 2013 to 2018. When he split from the group, tensions grew and Ngannou even said Lopez wanted the spotlight over him. A video was released of Gane and Ngannou sparring, with the latter thinking it was shown to make him look bad. Anger could get the best of Ngannou, like he has something to prove against Gane and Lopez.

Then there is boxing. Wanting to box since he was a kid, Ngannou has the power to dive into into that sport’s heavyweight scene. But is he looking too far ahead? Lopez said it would take three years before Ngannou could be competitive in the sport. Michael Bisping spoke on his YouTube page and said this is not helping Ngannou heading into UFC 270.

MORE: Fernand Lopez on Francis Ngannou’s potential move to boxing: ‘We are not expecting anything brilliant’

“I think all of this could be a distraction,” Bisping said, via the South China Morning Post. “Ciryl Gane is a very, very tough opponent for any man. You’ve just got to be careful. You can say ‘I’m not being distracted,’ but that’s not how distractions work. Ciryl Gane is probably in the gym, in training camp right now, just thinking about Francis Ngannou, formulating a game plan. Then when you Google Francis Ngannou, it’s talk about contract, it’s talk about money, and it’s talk about boxing. You’ve got to be careful.”

Making his MMA debut in 2018, Gane joined the UFC in 2019. Gane is 7-0 with the promotion. He beat Derrick Lewis for the interim title in August. A multi-talented athlete, Gane can tire an opponent out and outwork him right from the opening bell.

The heavyweight champion has been appearing in movies, has teamed with Cash App, and is taking half his UFC 270 purse in Bitcoin. A lot is happening before fight week. History has shown that distractions outside the octagon could lead to unfortunate outcomes on fight night. Think back to Ronda Rousey against Holly Holm or Amanda Nunes, and Conor McGregor against Khabib Nurmagomedov.

Ngannou may be in the best shape of his career. He could have all the confidence in the world. With so much going on, will he be able to put on his blinders and focus on Gane? That will be the million-dollar question heading into UFC 270.