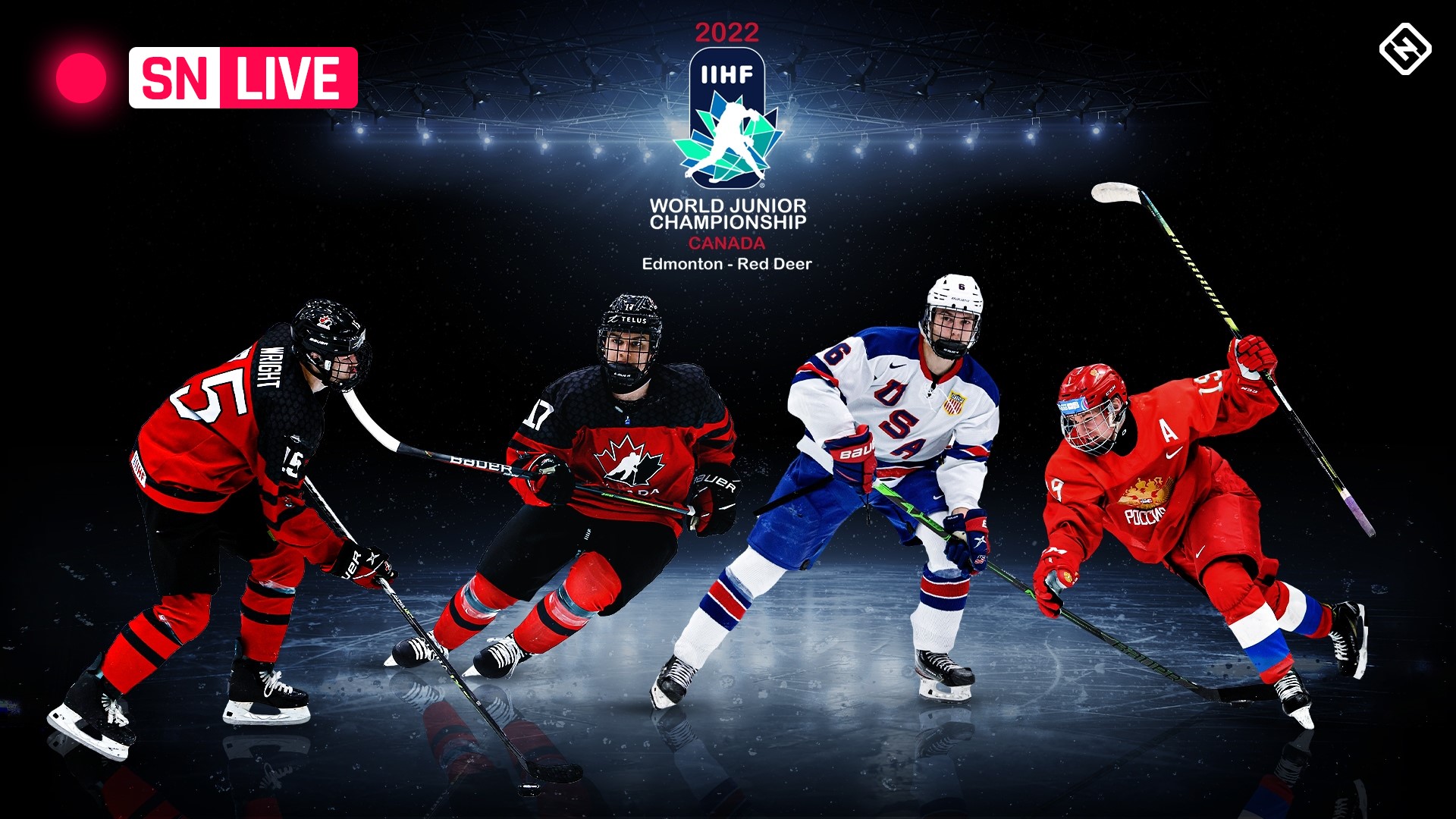 The 2022 IIHF World Junior Championship hockey tournament is available to watch on several platforms for fans in the United States and Canada.

Ten teams from around the world are scheduled to compete at Edmonton and Red Deer in Alberta, Canada from Dec. 26 to Jan. 5 in pursuit of a gold medal. The teams were divided into two groups, with Canada in Group A and the United States in Group B. Viewers in Canada will be able to find coverage of the tournament on TSN while viewers in the United States can watch each tournament game on NHL Network.

After arriving to Edmonton and Red Deer in Alberta, Canada on Dec. 13, each player served a mandated five-day quarantine period. However, the IIHF announced that all 11 pre-tournament games were canceled, and limited each team to one matchup ahead of the official tournament on Thursday, Dec. 23. With the recent surge of COVID-19, the tournament will go on with additional restrictions in place.

Here is a complete guide to find live streams for the 2022 IIHF World Junior Championship in both the United States and Canada.

Cord-cutters in Canada are still able to watch all 31 tournament games from TSN’s digital platforms. Viewers will be able to access highlights, goal-by-goal updates, live scores and stats for each tournament game.

How to watch World Juniors in Canada

As the official broadcast partner for Team Canada, TSN and RDS will be responsible for airing all 31 tournament matchups, including pre-tournament games, quarterfinals and semifinals, and bronze and gold medal games for viewers tuning in from Canada.

TSN 5 will also air two of the five pre-tournament matchups, starting with Finland vs. USA, followed by Canada vs. Russia on Thursday. The tournament’s first four matchups will be split on channels TSN 1 and TSN 4 as Team Canada is scheduled to face the Czech Republic on Sunday. All remaining matchups, including the quarterfinals, semifinals and Bronze and Gold medal games will air on TSN.

Gord Miller and Ray Ferraro will call all pre-tournament games and Group A matchups from Edmonton, while Dennis Beyak and Craig Button will call all Group B games from Red Deer.

How to watch World Juniors in USA

The NHL Network will be responsible for airing coverage of all tournament matchups in the United States.

Starting with the first matchup between Finland and Germany at 2 p.m. ET on Sunday, the NHL Network will provide live coverage for all tournament games, including the quarterfinals, semifinals and the Bronze and Gold medal games.

Stephen Nelson will provide play-by-play analysis for each Team USA game along with analyst Dave Starman. Jon Rosen will also serve as a reporter for the first time.