What time is the NFL game tonight? TV schedule, channel for 49ers vs. Titans in Week 16 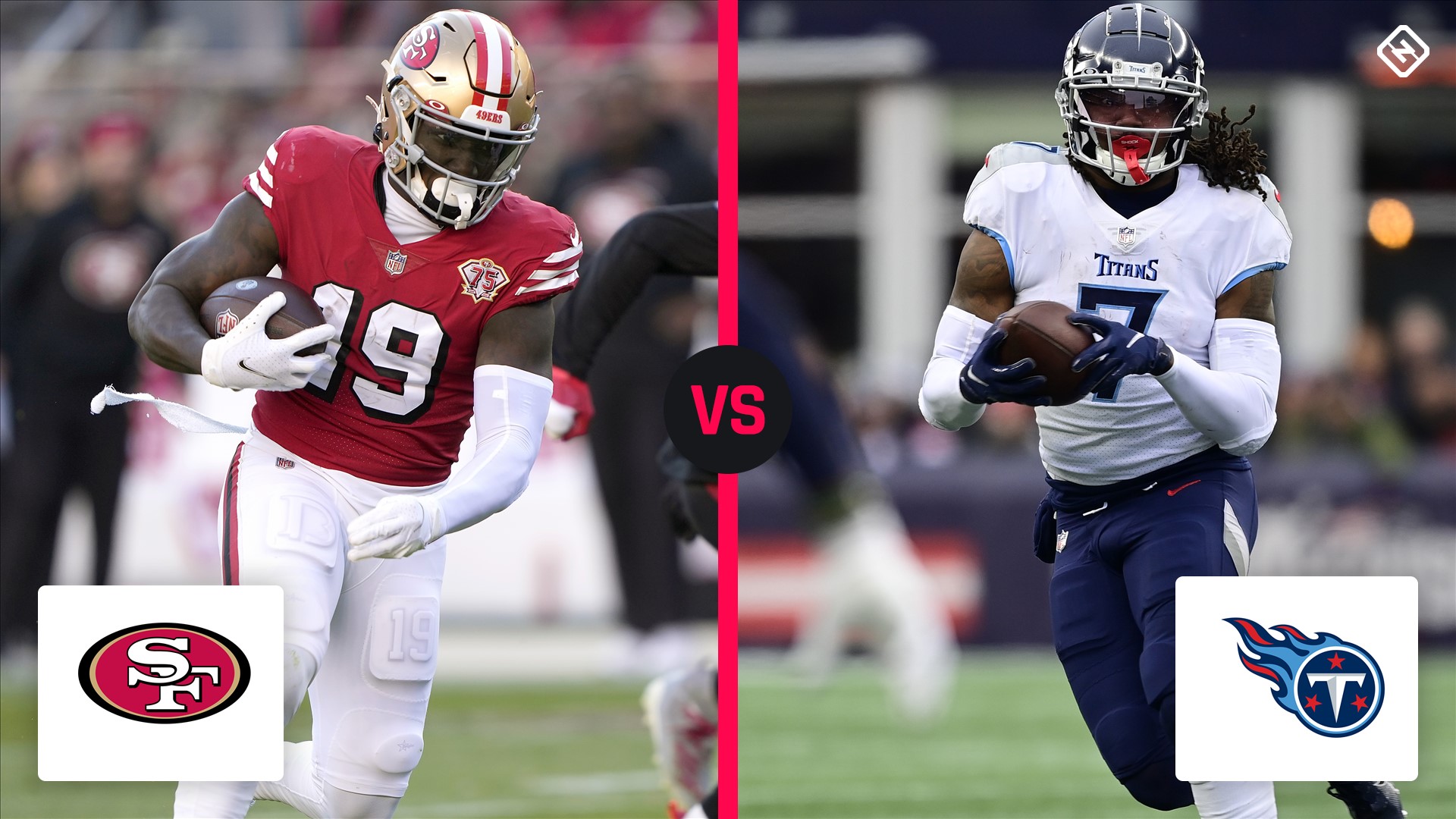 Week 16 of the NFL season will kick off with a pair of teams each looking to maintain their playoff positioning as the season continues to wind down.

The 49ers have won two straight games and five of their past six games to vault up to the sixth spot in the NFC standings. Their offense has become prolific, scoring more than 30 points in all but one of those wins. However, during that stretch, only two of those games have come against teams with winning records in the Rams and the Bengals.

They’ll be tested at home on Thursday when they welcome the Titans, who are coming off a disappointing loss to the Steelers as they look to stay ahead of the surging Colts in the AFC South.

Tennessee began the season at 8-2, but has now lost three of its past four games, with the only win coming against the hapless Jaguars, who fired their head coach after the defeat. Last Sunday, the Titans fell to the Steelers 19-13. In each of the three losses, the Titans have only been able to muster 13 points. Though they remain ahead of the Colts, the Titans have seen Indianapolis rise up to within a game in the standings as it has turned around a 1-4 start into an 8-6 record heading into a Week 16 clash with the Cardinals.

Below is everything to know about the TV schedule for the NFL Week 16 opener between the 49ers and Titans, plus a look at the rest of the NFL schedule for this week.

What time is the NFL game tonight?

Streamers will be able to watch the game via fuboTV, which comes with a seven-day free trial.

Meanwhile, viewers in Canada can watch the game on DAZN.

What channel is ‘Thursday Night Football’ on tonight?

The NFL Network will have the exclusive broadcast for “Thursday Night Football,” no longer simulcasting the game with Fox. The program was only available on NFL Network early in the season but has been a simulcast over the past two-plus months. The network will feature the Joe Buck and Troy Aikman broadcast.

Most United States cable providers carry the NFL Network. It also is available via satellite provider DirecTV (channels 212 and 1212) and IPTV providers Verizon FiOS (channels 88 and 588) and Google Fiber (channel 2019).

Streamers will be able to view “Thursday Night Football” for free with a cable subscription by using either the NFL App or the Yahoo! Sports App. You must enter cable/satellite subscription credentials to access it.

Meanwhile, cord-cutters will have plenty of options to watch Chiefs vs. Chargers. They are as follows.

The 49ers-Titans’ matchup will kick off a week full of games that could go a long way toward determining playoff field. On Saturday, the freshly named NFC North champion Packers will face the Browns, who have AFC North title aspirations of their own in Green Bay. Later that day, the Cardinals will hope to rebound after a dismal loss to the Lions facing the Colts, who are coming off a huge win against the Patriots.

The NFC will have playoff contenders in the two remaining primetime slots, with Washington facing Dallas in a battle of NFC East rivals on “Sunday Night Football.” Then the Saints will try to keep their momentum going after an NFC South win against the Buccaneers with a home matchup against the Dolphins on “Monday Night Football.”

Below is the full schedule for Week 16 of the 2021 NFL season. National broadcasts are listed in bold.