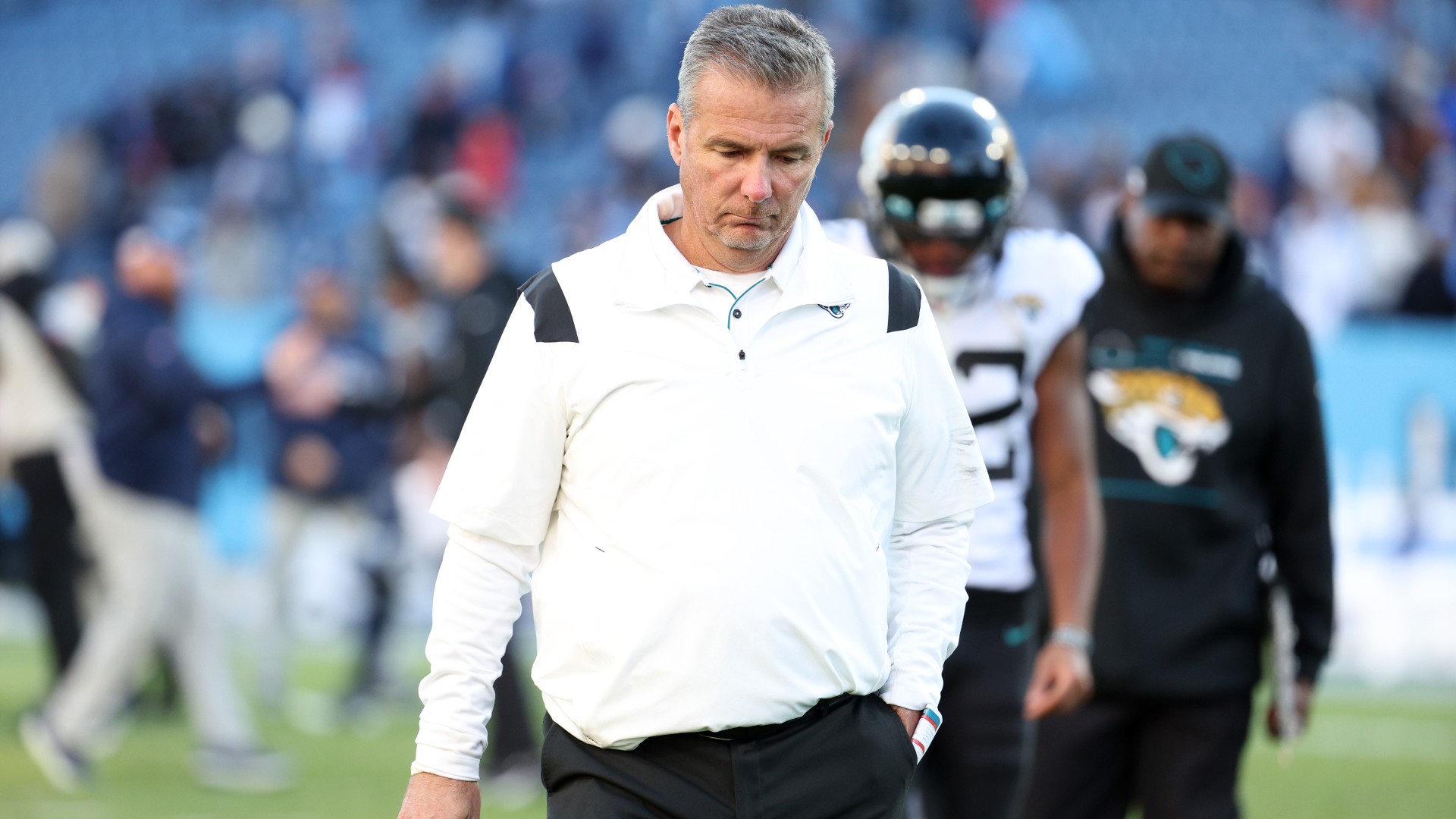 Jaguars fans were handed an early Christmas present in the wee hours of Thursday morning, when Jacksonville owner Shad Khan decided to fire Urban Meyer following an incendiary allegation that the head coach kicked a former kicker during the preseason.

In Meyer’s stead, the team turns to OC Darrell Bevell, who served as interim head coach last year for the Lions after the firing of Matt Patricia. General manager Trent Baalke remains in place.

After just 13 games, the Meyer tenure came to an entirely predictable end. Here’s why the Jags did it:

Why did the Jaguars fire Urban Meyer?

Jaguars owner Shad Khan released a statement on Thursday vaguely explaining the decision to move on from Meyer.

Darrell Bevell will serve as interim head coach of the Jacksonville Jaguars for the balance of the 2021 season. Darrell succeeds Urban Meyer. After deliberation over many weeks and a thorough analysis of the entirety of Urban’s tenure with our team, I am bitterly disappointed to arrive at the conclusion that an immediate change is imperative for everyone. I informed Urban of the change this evening. As I stated in October, regaining our trust and respect was essential. Regrettably, it did not happen.

Trent Baalke continues as our general manager and will work with Darrell to ensure that our team will be inspired and competitive while representing Jacksonville proudly over our final four games of the season. In the spirit of closure and recharging our players, staff and fan base, I will not comment further until some point following the conclusion of the NFL season.

It’s a somewhat unsurprising move: While a 2-11 record is enough to stomach in the first year of a new tenure, there hasn’t been a single moment in Meyer’s tenure that potentially earned him faith in the eyes of the organization and the fanbase, with Meyer’s Jags trading wins for controversies.

A multitude of controversial events since Meyer’s hiring culminated in the overnight canning:

Perhaps the first major sign of trouble in Jacksonville was the hiring of former Iowa strength and conditioning coach Chris Doyle to the same position in the NFL. Doyle was accused of mistreatment and directing racist language at Black players while at Iowa. Doyle “resigned” amidst public pressure a few days later.

The signing of Tim Tebow was less of an affront than other offenses on this list, but it certainly didn’t help Meyer’s case. After seven years away from the league, Meyer signed Tebow, reuniting the two years after winning national championships at the University of Florida. This time, Tebow was trying his hand at tight end, not quarteraback.

The Florida Men were paired for just a few months before Tebow was one of the team’s first roster cuts, rendering the entire months-long experiment nothing more than a distraction and a tremendous waste of everyone’s time — something that Meyer vowed to avoid during his time as head coach.

The Jaguars and Meyer were fined for violating offseason rules regarding non-contact activities and OTAs. The team was fined $200,000, while Meyer earned himself a $100,000 fine.

Meyer also reportedly had a spat with wideout Marvin Jones, had a disconnect with Trevor Lawrence over QB sneaks and skirted responsibility for James Robinson’s benching in recent weeks.

Meyer also gave Mike Vrabel the cold shoulder following a loss to the Titans in Week 14.

After a loss to the Bengals on “Thursday Night Football” that dropped the Jags to 0-4, the now-infamous video of Urban Meyer grinding up against a co-ed hits the internet. It’s weird, awkward and overall pretty funny. It’s also notable because Meyer didn’t travel with the team back to Jacksonville following the loss, something that’s an aberration for NFL coaches.

The video led to several reactions from the organization: Owner Shad Khan said Meyer would have to “regain his trust” while players laughed about it — but at him, not with him.

Urban Meyer: Goes 2-11, calls his assistants ‘losers’, kicks his kicker, argues with the players, doesn’t know which players actually play, grinds on girl at a bar, etc. No wonder he got fired. pic.twitter.com/pfosp4aWwU

The straw that broke the camel’s back — or was it the kick that hurt the kicker’s leg?

On Dec. 15, former Jaguars kicker Josh Lambo said that Urban Meyer kicked him during a pre-practice stretch during the preseason. To make matters worse, Meyer called Lambo a “dips—” and kicked him in the leg that was injured in 2020.