Jaguars’ Urban Meyer accused of kicking a player; that’s another potential strike against him 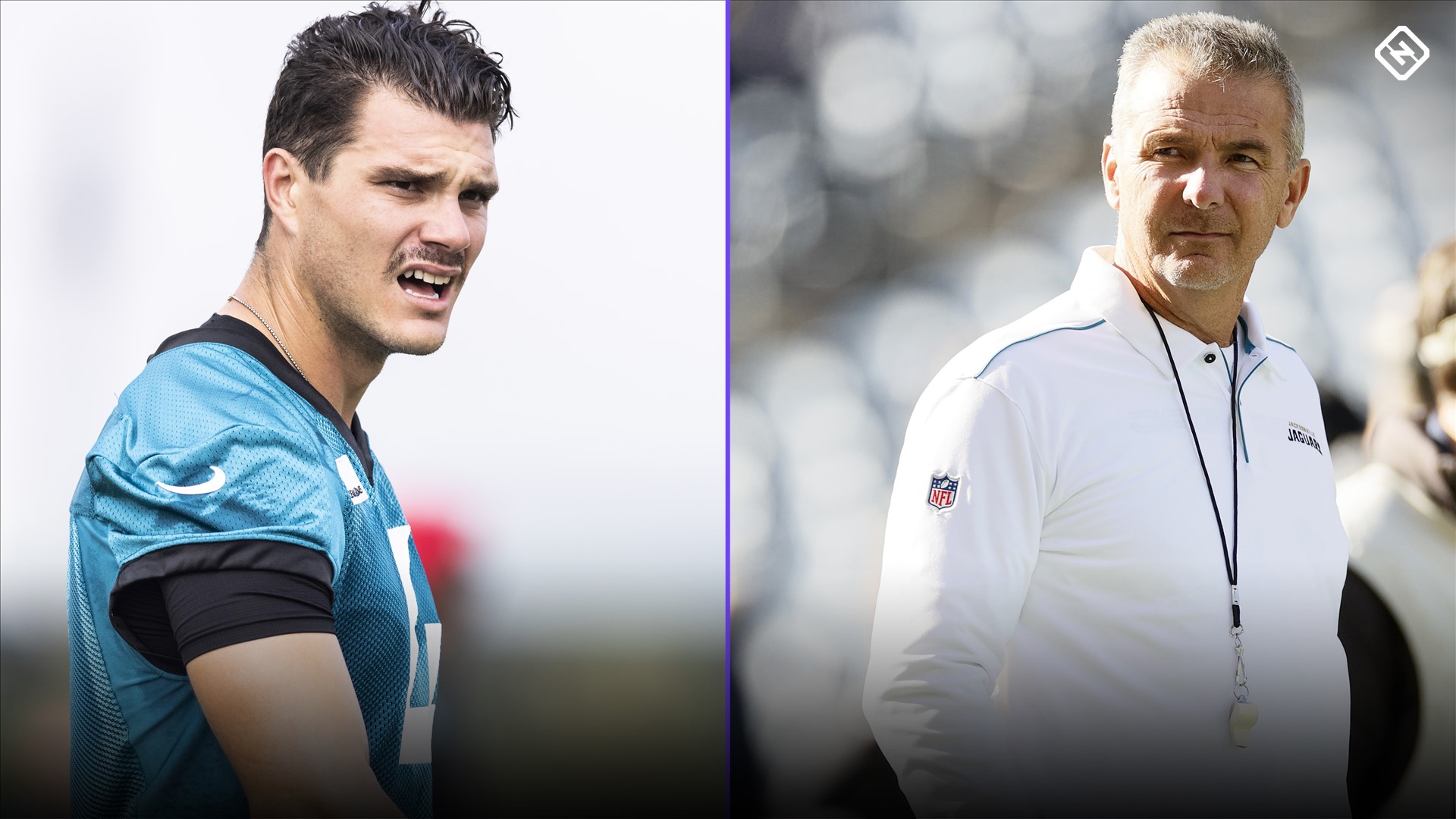 The allegation sounds terrible: Urban Meyer kicked an NFL player. Former Jaguars kicker Josh Lambo said he was the target and that it happened before an exhibition game last August. He said he came forward with the claim now because of recent negative stories about Meyer. In Lambo’s mind, Meyer is a bully who must be stood up to.

Meyer said Lambo wasn’t telling an accurate story and there are witnesses who can prove that, but he also didn’t deny putting his foot to Lambo’s leg.

So does this become the thing that convinces Jaguars owner Shad Khan to give Meyer the boot after one dreadful season and a lot of bad press?

Lambo told the Tampa Bay Times for a story published Wednesday that Meyer kicked him during warmups before the Jaguars’ preseason finale against the Cowboys. Lambo had not made a field goal attempt during the first two weeks of the preseason. Meyer, Lambo said, kicked him as he was stretching and then delivered this encouragement: “‘Hey, Dips—, make your f—ing kicks.’ Lambo rated the kick a 5 on a scale of 1 to 10 for forcefulness.

MORE: Seven best candidates to replace Meyer if Jags fire him in ’22

Lambo, a seven-year NFL veteran, said that he told Meyer to never kick him again, adding in his own obscenities, but Meyer came right back at him. “‘I’m the head ball coach, I’ll kick you whenever the f— I want,'” Lambo quoted Meyer as saying.

The two men spoke again the next day at the team facility, Lambo told the Times. He said that Meyer told him he should have waited until the two could speak privately. Lambo also said that Meyer threatened him with his job, saying the kicker was “first player I’ve ever let speak to me that way in my career, and if you do it again, you’re gone.'”

It’s not surprising that Meyer hadn’t been told off by a player before; until this year, he had only coached college athletes. The power dynamic was tilted entirely toward him.

Lambo told his agent, Richard Irvin, about the kick, and Irvin informed the Jaguars’ legal team. The Jaguars confirmed to the Times that they were made aware of the incident Aug. 27 and said they offered to set up meetings directly with Lambo or between Lambo and coaches. Lambo said he didn’t remember being given an opportunity to do so.

Meyer, in his non-denial, said the incident never came up during later conversations he and general manager Trent Baalke had with Lambo as Lambo continued to struggle to make kicks.

“Josh’s characterization of me and this incident is completely inaccurate, and there are eyewitnesses to refute his account,” Meyer told the Times.

The Jaguars eventually cut Lambo three games into the regular season after he missed all three of his field goal attempts and two of seven extra point kicks. Jacksonville lost all three games.

Less than a week after Lambo was let go, Meyer was caught getting handsy with a woman who is not his wife at Meyer’s restaurant in Columbus, Ohio. Meyer stayed in Ohio rather than fly back to Jacksonville with the team after its Week 4 loss to the Bengals.

The negative press hasn’t stopped. Last weekend, NFL Media reported that Meyer had a heated exchange with wide receiver Marvin Jones Jr. (Jones later downplayed the conversation) and insulted his assistants as “losers” (Meyer said the “loser” part was “inaccurate,” but he also threatened to fire leakers “within seconds” going forward). The comment about leaks prompted Lambo to speak up, he told the Times.

“Some of those dudes are my dudes, and the staff members I have grown into amazing relationships with over the last five seasons,” Lambo told the Times. “He threatened all of them for speaking the truth. And that’s a bully, and people need to speak up against bullies.”

Khan told reporters Monday that he was inclined to give Meyer more time to build the Jags into winners, in keeping with his patient nature.

The facts are already there for Khan. His team is 2-11 under Meyer. Rookie quarterback Trevor Lawrence has not had a good season. Team sources past and present are portraying the first-year coach as a power- and ego-tripping bully. Now there is an allegation of physical abuse.

Khan has plenty of evidence that he should stop being patient.