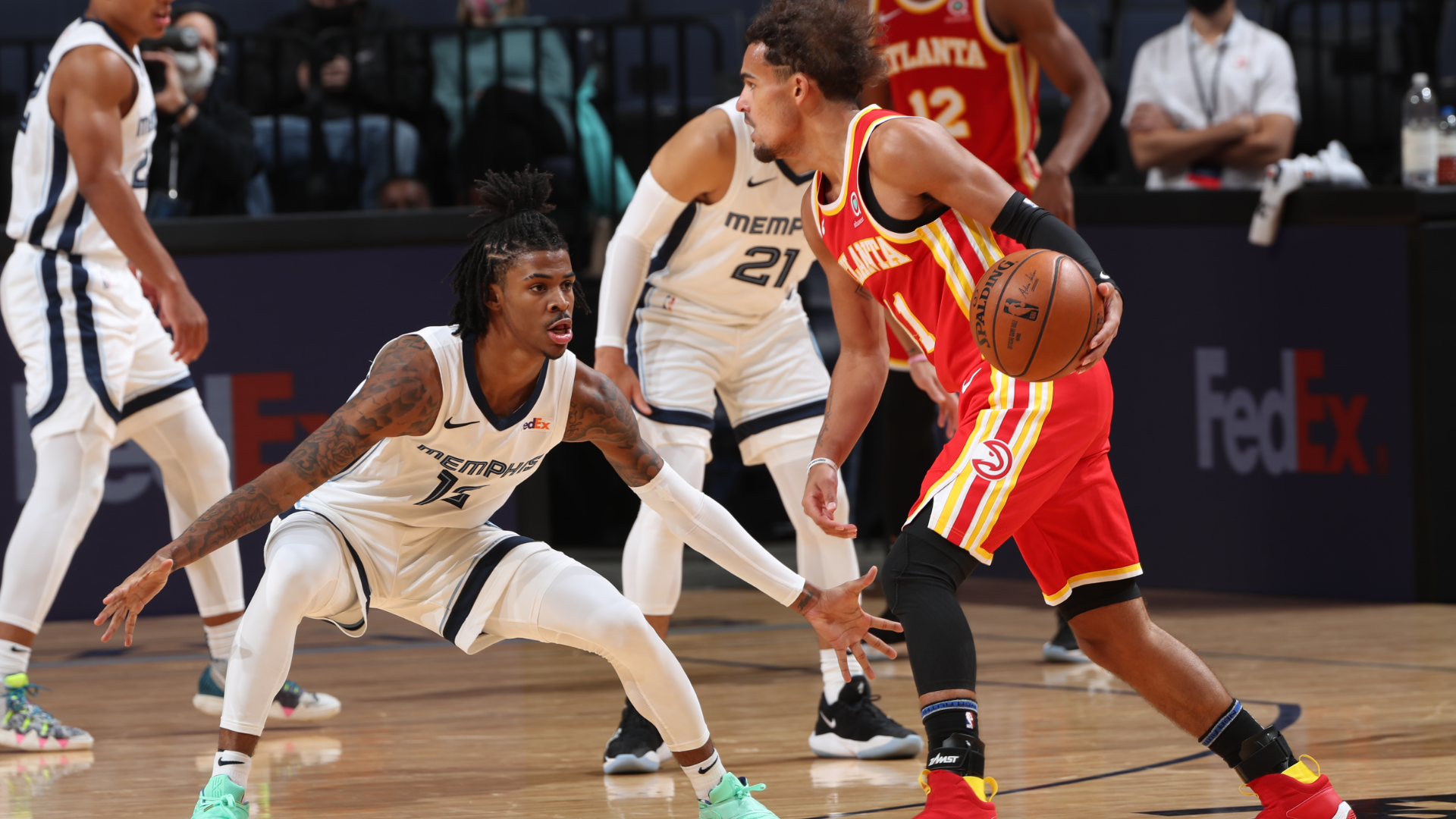 The surging Atlanta Hawks and star point guard Trae Young will carry their six-game win streak into Memphis on Friday to take on the Grizzlies and their high-flying floor general, Ja Morant.

It’s been a breakout year for the Grizzlies guard, who appears to have taken the next step towards superstardom this season. In 18 games he’s averaging 25.3 points per game, 7.1 assists, and 5.8 rebounds. Just prior to the start of the new season Morant told Michael Scotto of HoopsHype that he felt he was a top-five point guard in the league. That confidence has grown as the season has gone on and Morant is making defenses nervous every time he has a defender isolated.

“Me personally, I’ll never say nobody in this world can beat me 1-on-1,” Morant said. “Like, it’s just that confidence I have in myself. And no matter who I’m going up against, I’mma always take myself. Like, I don’t fear nobody. There’s no point in, you know, being scared of somebody out there. I’m taking me and doubling down every time.”

Young, who was taken with the No. 5 overall pick one year before Morant, elevated himself and the Hawks to new heights last season, capped off by an impressive playoff debut against the New York Knicks and a run to the Eastern Conference Finals, losing to the eventual-champion Milwaukee Bucks. “Ice Trae” averaged 28.8 points, 9.5 assists and 2.8 rebounds in 16 games over the course of the Hawks playoff run.

He’s brought a sense of excitement to the Hawks and after a slow start, they’ve started clicking, riding a six-game win streak that has seen them rise back above .500, sliding up the East standings. It’s that momentum that Young hopes will drive the team forward.

“I just think everybody plays with excitement,” Young said. “That’s all I try to do. You see guys with smiles on their faces when they make big plays, and guys on the bench happy for one another. That’s all it’s about. I think that’s hopefully what my teammates all like about playing with me.”

The last time the two faced each other in Memphis was super fun – Morant had 28 points and seven assists, while Young finished with 36 points, nine assists and the win. Hopefully, that game was just a precursor to what we’ll see more often over the next few years.

When these two electrifying stars take the floor on Friday, realize you’re watching one of the NBA’s next great rivalries at the guard position unfold in real time.