Fantasy QB Rankings Week 12: Who to start, sit at quarterback in fantasy football 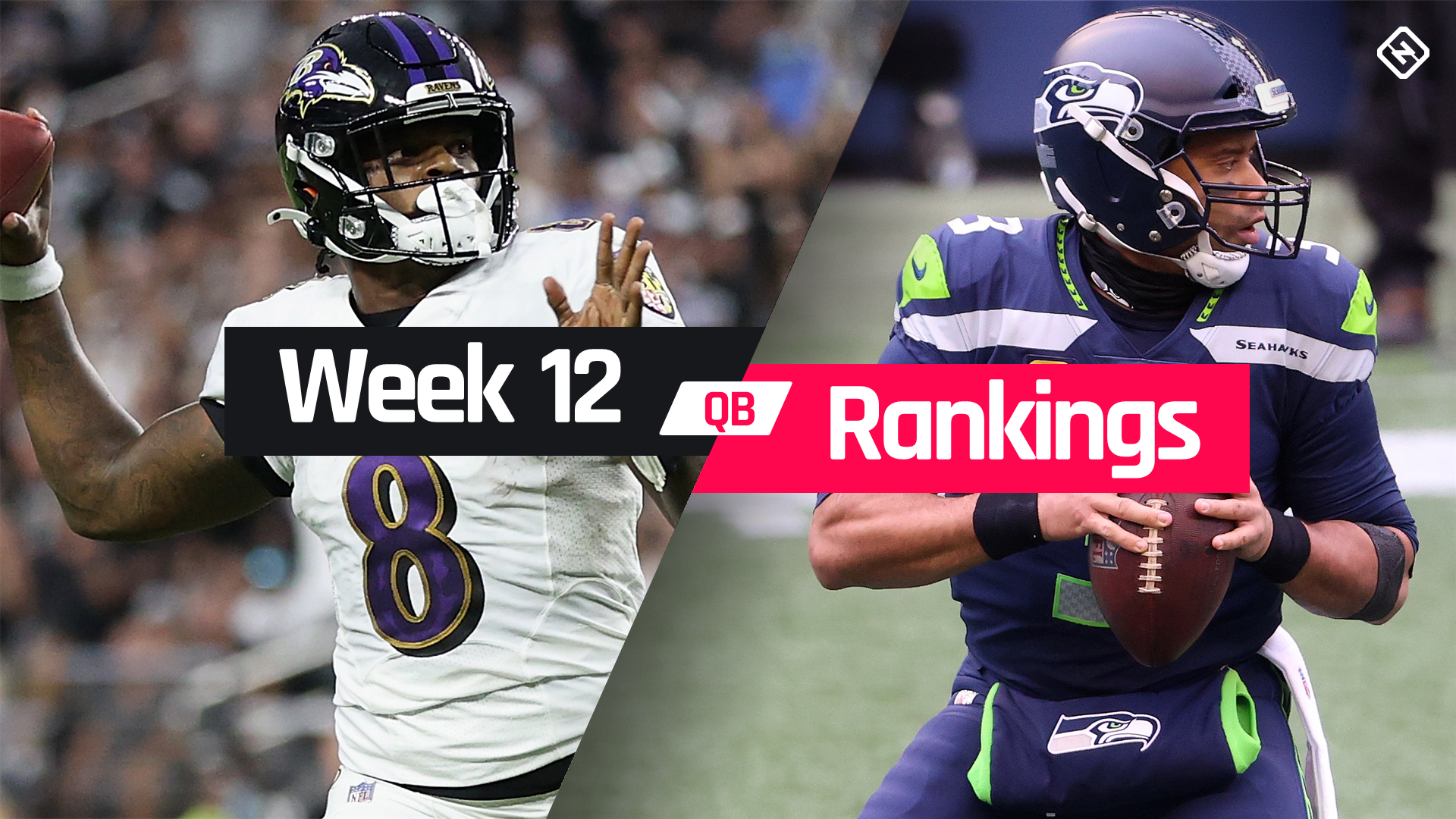 Those who spent up on Patrick Mahomes and Kyler Murray will be without their studs as the Chiefs and Cardinals take the week off. Of course, Murray owners are used to that, but hopefully that will change after his bye. This week also features three Thursday games, so your start ’em, sit ’emi decisions will feel a little more rushed. Winning the week starts with deciding who to start at quarterback, and our Week 12 fantasy QB rankings can help you makes those tough start ’em, sit ’em decisions.

We mentioned Murray and Mahomes are out, but season-long stud Matthew Stafford (@ Packers) and popular streaming option Teddy Bridgewater (vs. Chargers) are back in action after their byes. For those Mahomes and Murray owners, we’ll admit it’s not a very deep week for streamers, but there are just enough options to get by. Again, Murray owners are used to this routine, so they should have a decent backup.

Stafford, along with Aaron Rodgers (vs. Rams), Justin Herbert (@ Broncos), and Joe Burrow (vs. Steelers), headline the “studs with tough matchups” category, but again, it’s not the greatest week for streamers, so they all remain QB1s in our rankings.

The best streamers include Mac Jones (vs. Titans), Cam Newton (@ Dolphins), Trevor Lawrence (vs. Falcons), and Justin Fields (@ Lions). Matt Ryan (@ Jaguars) is over 50-percent owned, but if you consider him a streamer, he’s in play, too. Those QBs either play teams that are downright awful against the pass statistically or bottom-dwellers that haven’t forced many pass-happy game scripts. So, yes, we’re counting on three rookies, a guy who was just signed off the street a few weeks ago, and a boom-or-bust veteran. What else did you expect at this point in the season? Also, he’s not a streamer at this point either, but start Carson Wentz (vs. Buccaneers). The matchup and game script should set him up for a nice fantasy day.

On the other side of the start-or-sit bubble, we’re out on Ryan Tannehill (@ Patriots), Daniel Jones (vs. Eagles), Tua Tagovailoa (@ Panthers), and Teddy Bridgewater (vs. Chargers). These guys have been mentioned several times by us on the “start” side of the conversation, but the matchups just aren’t favorable enough to tout them as viable considerations this week. They’re looking at some top defenses against fantasy QBs, so we’d opt to play the guys listed above. If you’re forced to start one of the three, Jones has the highest upside because of his rushing ability.

This week isn’t quite as disastrous of a week as we thought it could be in the preseason, so you can survive. This is the last week with two elite fantasy QBs out of commission, so there should be less competition for streamers going forward. Still, you have to stay on top of everything. We saw last Sunday with Lamar Jackson’s surprise scratch that injuries and illnesses can strike with little warning, so always have a plan going into a week.

Note: We’ll be updating these QB rankings throughout the week, so check back for the latest player movement and analysis.

Fantasy QB Rankings Week 12: Who to start at quarterback

Rankings are based on standard, four-point passing TD formats.