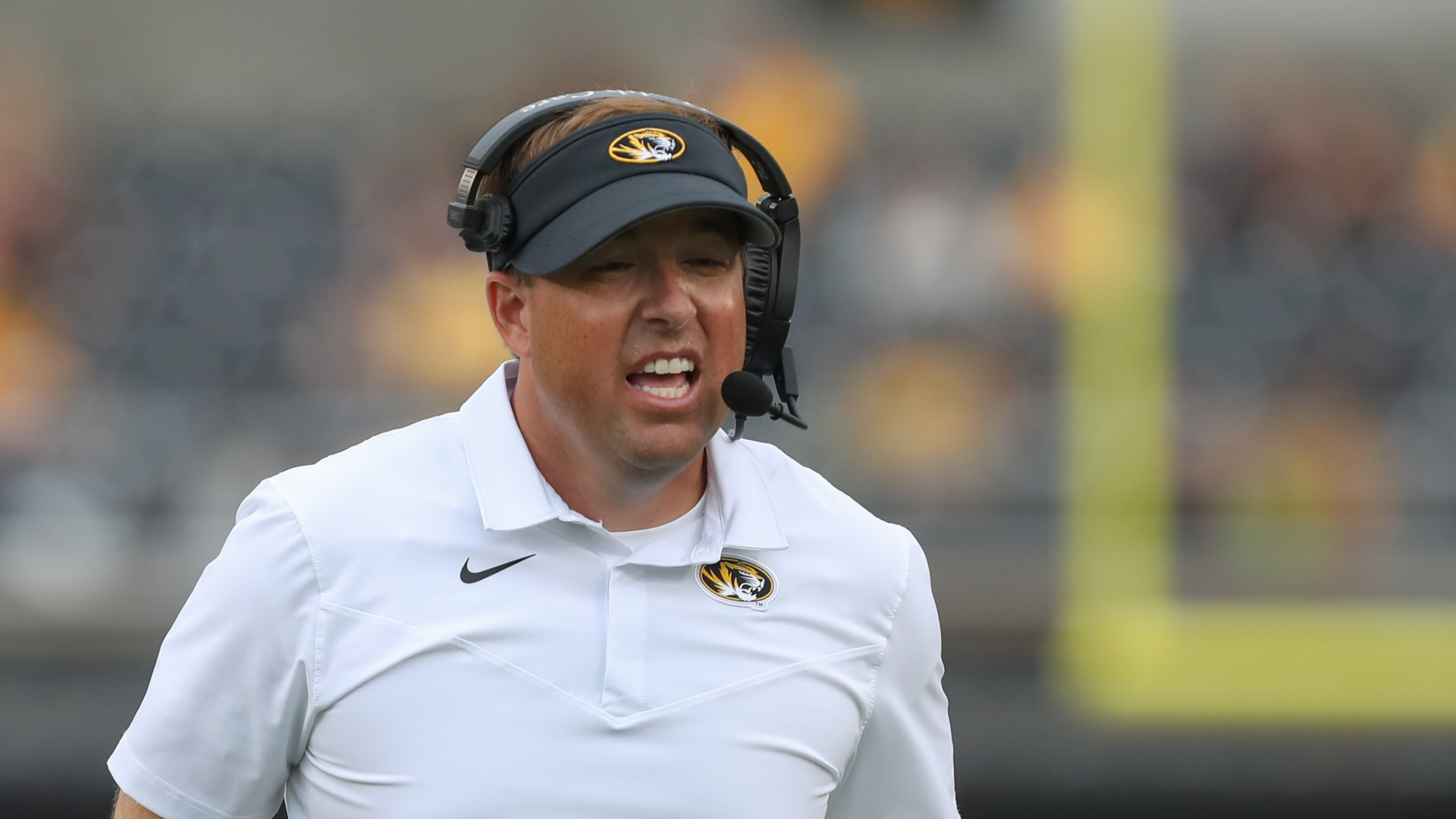 The Gators not only dropped to 5-6 on the season (2-6 in SEC play) but now need a win against rival Florida State just to become bowl eligible. And as if things weren’t bad enough, Mullen felt the revenge of the Sith — er, Eli Drinkwitz — following Saturday’s defeat.

The Missouri coach trolled Mullen during his postgame news conference, ending his appearance by pulling up his hood and quoting the famed “Star Wars” phrase, “May the Force be with you.” He even had a toy lightsaber in hand as he walked off from the podium.

MORE: Texas football makes history in loss to West Virginia — for all the wrong reasons

For those not in the know, that’s a direct callback to Mullen, who last year dressed as Darth Vader following the Florida-Missouri game.

That game, which featured a halftime brawl, resulted in a 41-17 win for the Gators. Many who saw his curious postgame attire thought it was a jab at the brawl, but Mullen explained that he had already picked out the costume. The game was also played on Halloween, giving credence to his explanation:

Apparently some people are having an issue with #DarthGator.

There are really more pressing issues to be worried about. I’m blaming these hot takes on the full moon.

Here is #Gators head coach Dan Mullen’s quote about why he chose to dress as Vader in his presser. pic.twitter.com/qnxH2r3Tnl

MORE: Should OSU be No. 2? Buckeyes leave no doubt in blowout against Spartans

Regardless of Mullen’s explanation at the time, the move clearly didn’t sit well with Drinkwitz. He had to wait over a year to strike back at Mullen, but he managed to pull it off.

He was able to do that after the teams went to overtime, where Florida got on the board first with an Emory Jones 6-yard touchdown to Trent Whittemore. Missouri answered in kind, as Tyler Badie ran it in for a 13-yard score. Connor Bazelak then completed a pass to Daniel Parker Jr. for the 2-point conversion, sealing the victory and Drinkwitz’s revenge.