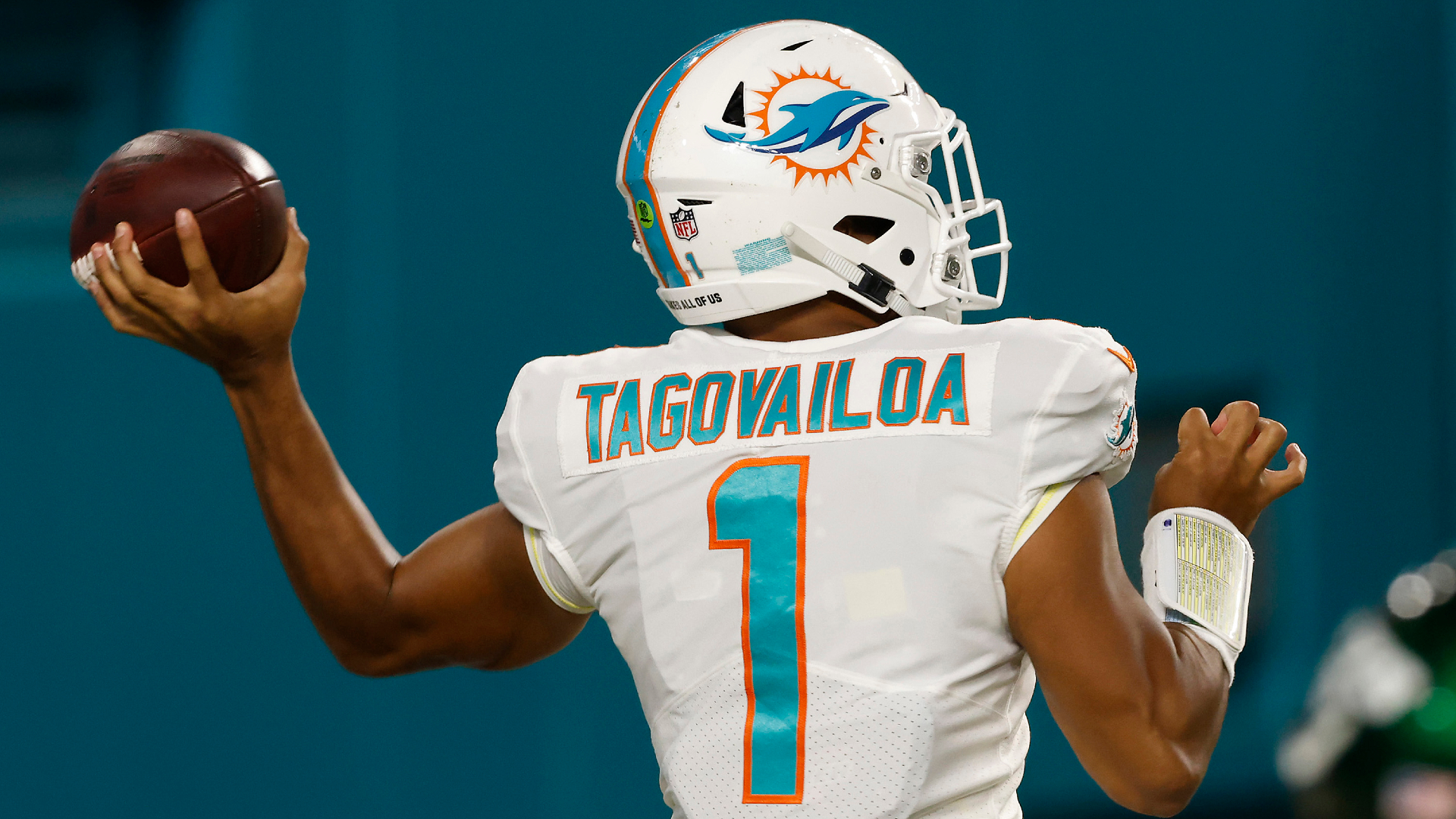 History lessons are most painful when they revolve around injuries.

While Dolphins quarterback Tua Tagovailoa still has a promising NFL career ahead of him, injuries have still been something of an issue since his college days. With a devastating hip injury the most highlighted setback, he’s dealt with a fair amount of smaller things throughout his football life that have caused him to miss time.

Here’s what you need to know about Tagovailoa’s extensive injury history, dating back to his college days:

In the past, Tagovailoa has missed significant time with an unfortunate hip injury, but

— March 2018: During a spring practice before his first full season as Alabama’s starter, Tagovailoa hits a lineman’s helmet while throwing a pass and suffers a broken left index finger. The injury requires a quick surgery, but he misses no practice time.

— October 2018: Tagovailoa tweaks his knee during a win over Missouri. It’s later revealed that he suffered a knee sprain, but he misses no time and is back in the lineup the following week against Tennessee.

— November 2018: During a late-season game against Mississippi State, Tagovailoa in the third quarter takes a hit to his left quad, the same leg of his knee injury a month prior. He sits out the rest of the game, an Alabama win, and returns the following week against The Citadel.

— December 2018: In the fourth quarter of the SEC championship game against Georgia, Alabama left tackle Jonah Williams accidentally steps on Tagovailoa’s right ankle and causes an injury. Tagovailoa sits out the rest of the game and eventually has a tightrope procedure performed on his ankle so he can return for the College Football Playoff.

— October 2019: Tagovailoa suffers another right ankle injury, this time a high ankle sprain during a win over Tennessee. He again opts to undergo a tightrope procedure for a quick recovery. He misses one game (a win over Arkansas) before returning to start in Alabama’s loss to LSU.

— November 2019: Toward the end of the first half of a blowout win against Mississippi State, Tagovailoa suffers the nasty hip injury that prematurely ends his college career.

“He was screaming in pain as medical training staff had to pick him up and carry him off the cart.” @MollyAMcGrath said the first report is that Tua Tagovailoa suffered an injury to his right hip vs. Mississippi State. pic.twitter.com/ppMJykMq9N

— November 2020: Despite having a fairly clean rookie season, Tagovailoa suffers a thumb injury in practice. Thankfully, though, it should only keep him out a single game, a Week 12 matchup vs. the Jets.

— September 2021: Tagovailoa gets through his rookie season relatively scot-free, but in a Week 2 game vs. the Bills, the Dolphins QB is carted off after a rough hit. He would later be placed on IR with rib fractures.

— November 2021: Somewhat out of nowhere, Tagovailoa now has a fracture in the middle finger of his throwing hand. He misses the Week 9 matchup vs. the Texans.

— November 2021: There’s some question to whether or not Tagovailoa will play vs. the Ravens in a Week 10 “Thursday Night Football” matchup.

The latest injury, a fractured finger, could keep him sidelined a few weeks but won’t land him on IR.

Oct. 31: In a loss to the Bills, Tagovailoa suffers a finger injury on his throwing hand. He doesn’t know when the injury took place, and finished the game with every snap.

Nov. 7: After a week of being limited in practice, Tagovailoa dresses, but does not start, in a matchup vs. the Texans. Jacoby Brissett gets the start and the 17-9 win over Houston.

Nov. 10: Tua’s status is still in doubt for the “Thursday Night Football” matchup with the Ravens, and will likely be a game-time decision.