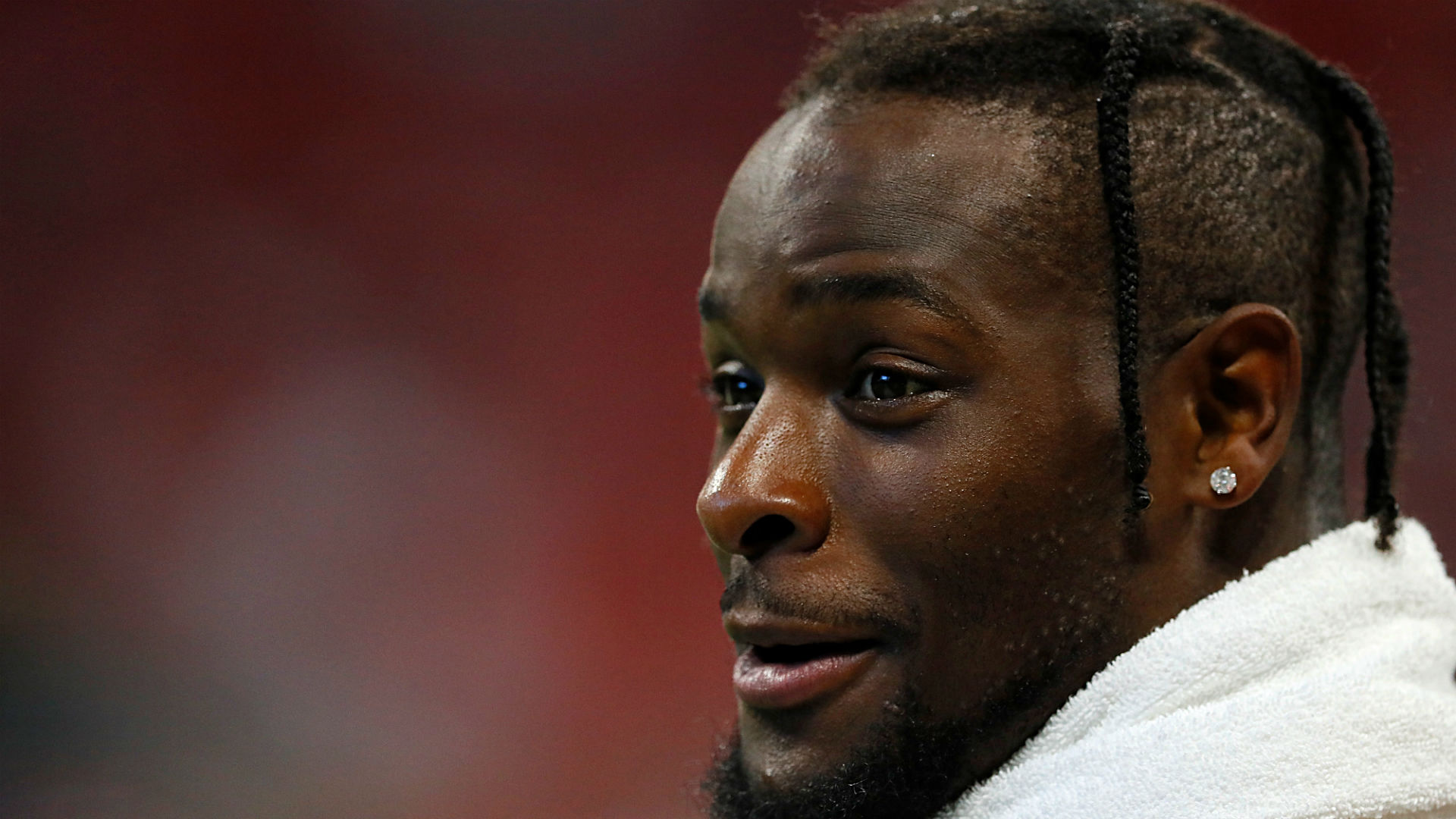 As it turns out, the Bell can, in fact, be un-rung.

Le’Veon Bell’s career is one of the more fascinating and cautionary tales in NFL history. Fresh off not getting a contract by the Steelers, Bell sat out the entirety of the 2018 season, eventually resurfacing with the Jets in 2019.

The big-money gamble by the Jets turned out to be just that: A gamble. Bell was largely ineffective and a shell of his former Steelers self with New York, eventually leading to his stunning release in 2020.

Since then, Bell made stops with the Chiefs and now, the Ravens, as he looks to reignite the flame of his NFL career.

But his post-Steelers NFL tenure has still been one for, well, the blooper reel.

Bell’s second act in the NFL has been, well, not as good as his first act.

Feb. 20, 2019: Steelers GM Kevin Colbert makes what the NFL world at large has known public: The Steelers will not be franchise tagging Le’Veon Bell for a third consecutive year, thus rendering him a free agent when the new league year begins on March 13.

“Le’Veon is still a great player,” Colbert said, via ESPN. “We can’t afford to use any other type of tags. Le’Veon will be an unrestricted free agent at the start of the new league year.”

Steelers are not tagging Le’Veon Bell, according to GM Kevin Colbert: “Le’Veon is still a great player. We can’t afford to use any other type of tags. Le’Veon will be an unrestricted free agent at the start of the new league year.”

March 5, 2019: It’s now officially official: The deadline to tag players (either franchise or transition) has come and gone, and Bell will be a free agent in just over a week’s time.

March 13, 2019: After a short courtship process, the Jets and Bell come to agreement on a four-year, $52.5 million contract. Other teams rumored to be in on Bell: The Colts, Raiders and Ravens. Bell’s contract contains $35 million in guaranteed money.

May 7, 2019: Welp, the first sign of trouble for the Bell-Jets marriage: Bell isn’t showing up to voluntary workouts, which isn’t much of a big deal. What would happen in the days to come would be.

May 15, 2019: Welp, the second sign of trouble for the Jets. Reports indicated that head coach Adam Gase was vehemently opposed to the big-money contract that Bell signed with the Jets, and would have preferred to sign a cheaper option on the free agent market. The Jets fired general manager Mike Maccagnan the day prior. Reports indicate that Gase wasn’t in love with the money that Bell signed for.

May 18, 2019: With Maccagnan fired, the rumor mill starts up: Gase is now sitting in the (interim) GM’s chair is reportedly making calls around the league to see if there are any takers for Bell’s contract.

June 3, 2019: Well, look who just showed up. Bell makes an appearance at mandatory minicamp following a monthlong of drama and backpages.

June 4, 2019: Bell says that his relationship with Adam Gase is “great.” Here’s a gif that appropriately sums up that narrative.

Oct. 31, 2019: After a start to the season that’s less-than good for both sides, the trade deadline comes and goes, and Bell remains a Jet. That said, there were suitors for the running back, including the Steelers, Packers and Chiefs (that, my friends, is what we call foreshadowing).

Dec. 10, 2019: More drama, this time, involving the flu: Bell was ruled out of a game while battling the flu, but was seen at a bowling alley while he was recovering. Adam Gase didn’t think that was a “good optic.” (He’s not wrong.)

Dec. 29, 2019: The Jets season comes to a merciful end: They finish 7-9 and Bell amasses 1,250 scrimmage yards, the second lowest number of his career, following an injury and suspension-shortened six-game season in 2015.

July 25, 2020: After safety Jamal Adams was shipped to Seattle, Bell and Adams go at it on Twitter. Here’s another gif that appropriately sums up the narrative.

Sept. 13, 2020: In the Jets’ Week 1 matchup with the Bills, a totally sculpted and re-energized Le’Veon Bell … pulls his hamstring, and he’s placed on injured reserve. He’ll miss the next three games.

Oct. 11, 2020: Bell returns to the field after the hamstring injury. He’s largely ineffective on the field, but he’s blown people up off of it. And by “people,” that means the Jets: Bell likes a handful of tweets suggesting his usage is incorrect and another tweet that suggests the Jets should trade him the following day.

Oct. 13, 2020: A few days after Bell returned to the field, the Jets release him after failing to find a trade partner. In all, Bell played in 17 games over two seasons.

Oct. 17, 2020: Not too long after Bell hit the unemployment line, he found a new home, with Andy Reid and the Kansas City Chiefs. Talk about going from rags to riches. He plays in his first game on Oct. 25.

Nov. 1, 2020: The Le’Veon Bell Revenge Game — in a matchup with the Jets and former head coach Gase, Bell absolutely erupts, going for 160 rushing yards, another 40 receiving yards and three touchdow— …Wait. That actually didn’t happen. Bell had six rushes for seven yards on the day, and the Chiefs steamrolled the Jets 35-9.

Jan. 17. 2021: Bell plays his last snaps with the Chiefs, who would go onto the Super Bowl. In a divisional matchup with the Browns, Bell has just two carries for six total yards. He wouldn’t play the remainder of the postseason. The Chiefs would lose Super Bowl 55 vs. the Patriots.

June 12, 2021: Oh, what’s this? More Bell drama with a head coach? The now free-agent running back says that he would rather “retire” than play for Andy Reid again, which is a choice, considering his free agent market is ice cold.

Sept. 7, 2021: Months of waiting for a team to call comes to a head: The Ravens, who are faced with some serious running back issues, bring in a guy who had tortured them for years in the AFC North in Bell. He signs to the practice squad, before being elevated in a few weeks.

Oct. 17, 2021: After being elevated again from the practice squad, Bell notches his first touchdown with the Ravens in a game vs. the Chargers.

Oct. 19, 2021: Bell is, once again, signed to the active roster and not sent back down to the practice squad.