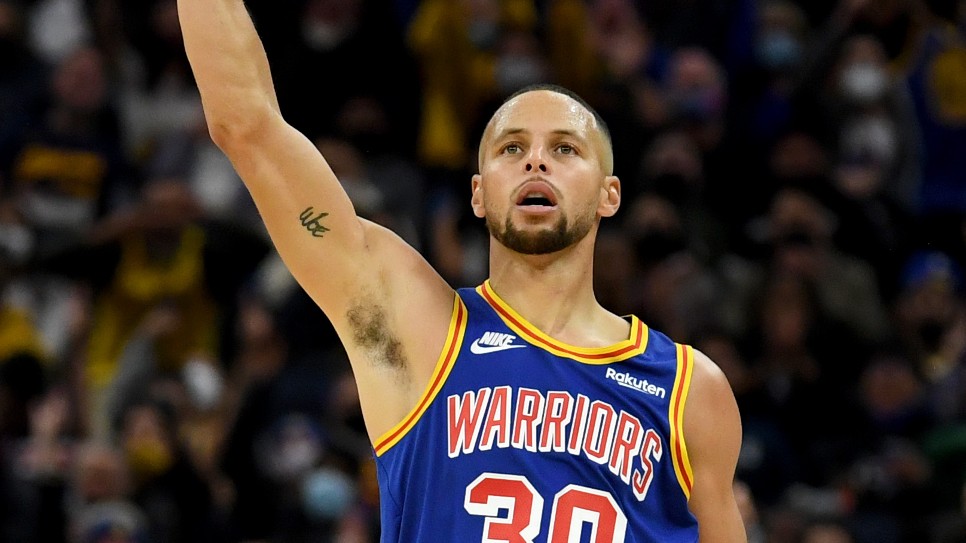 The Golden State Warriors remain sizzling hot to start the 2021-22 season, downing the Atlanta Hawks at home behind a 50-point explosion from Stephen Curry.

Curry is playing at an MVP level to start the season, with the Warriors once again looking every bit a championship contender after missing postseason play in each of the previous two campaigns.

Let’s take a close look at the numbers behind Curry’s latest masterpiece.

It may be Curry’s 13th season with the Warriors, but it doesn’t mean he is done with new career landmarks.

Stephen Curry has 50 points and 10 assists for the first time in his career, joining Wilt Chamberlain and Rick Barry as the only players to put up that line in Warriors history.

Curry also passes Wilt as the oldest player in NBA history to have 50 points and 10 assists. pic.twitter.com/mnYq4NM7EL

At 33 years old, Curry is now the oldest player in NBA history to tally 50 points and 10 assists.

Take a look at the box score and you’ll find Curry tallied his monster numbers in a short time.

Spending just 35:01 on the floor, Curry joins James Harden as the only players to put up 50 points and 10 assists in 35 minutes or fewer over the last 40 seasons.

He joins James Harden as the only players to put up 50+ points, 10+ assists in 35 minutes or fewer in the last 40 seasons. pic.twitter.com/qnaHcHgtQb

In the first half, Curry appeared to suffer a shoulder injury, with the training staff spending several minutes working on the sore spot before applying a heating pack while he waited to return to the floor.

The Warriors were on the second game of a back-to-back, having defeated the Houston Rockets a night earlier.

Trailing 59-44 with 3:59 on the clock in the first half, the game appeared to be heading towards an Atlanta win.

Instead, Golden State closed on a game-changing 17-6 run to close the gap to four points at the half. Curry scored eight of the 17 points in the run, taking his halftime tally to 24.

Steph on fire against Trae

The matchup brought the third meeting between Curry and Atlanta star Trae Young.

Over the previous two meetings, Curry had averaged 33.5 points per game.

With tonight’s 50, you can bump that mark up to 39.0 per game in games where Young has been in the lineup.

Young on the other hand was averaging 16.5 points over the previous two. He did finish with 28 points and nine assists in a solid showing, it just wasn’t enough.

Golden State are now 9-1 on the season.

They may not have won the championship, but they did reach the NBA Finals.

This Warriors squad is a little different.