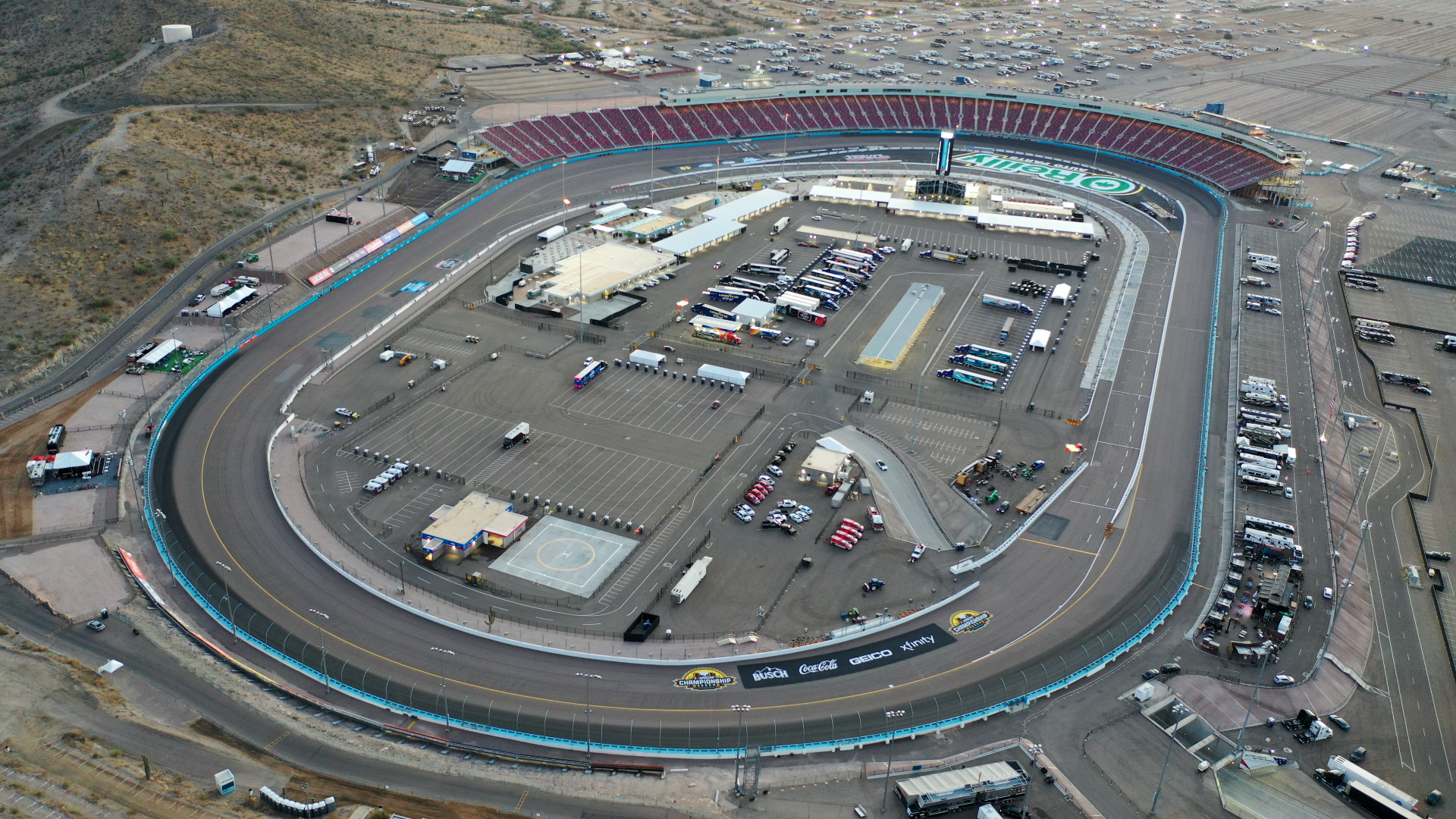 Drivers went through qualifying for the eighth and final time in the 2021 season. NASCAR drastically cut back on qualifying and practice to reduce the amount of time spent at the track amid the COVID-19 pandemic and to reduce costs.

The starting positions for the championship race were determined by the times drivers posted in their individual two-lap qualifying runs.

Below is the starting lineup, which was set with qualifying, for Sunday’s NASCAR Cup Series Championship race on Phoenix Raceway’s 1-mile oval.

Who won the pole for Sunday’s race?

Larson almost didn’t get to qualify. His car, as well as the cars for championship drivers Denny Hamlin and Martin Truex Jr., all failed technical inspection twice prior to the session. Had the cars failed a third time (they all passed instead), the drivers would not have been able to run qualifying laps on the track. They would have been sent to the back of the field and each would have been required to serve a pass-through penalty on pit road at the start of the race.

As it is, the car chiefs for Hamlin, Larson and Truex were ejected from the track for Sunday and each team will be docked a crew member for the race as the penalties for the failed inspections.

Who are the Championship 4 drivers, and where did they qualify?

Elliott will attempt to become the first Cup Series repeat champion since Jimmie Johnson in 2010. The Hendrick Motorsports driver hasn’t won since July 4 at Road America and hasn’t won on an oval all year. He finished fifth at the first Phoenix race last March after starting sixth. But he won last year’s Championship 4 race to capture the Cup title. “I think having gone through the motions last year, I feel like we learned a lot about what’s important and how to perform in a big moment, I think, is a nice thing you can carry with you forward. On the same token we didn’t have any of that experience last year and it worked out OK,” Elliott said Thursday at Championship 4 Media Day.

The Joe Gibbs Racing driver is coming off a tough finish at Martinsville. He was leading late when Alex Bowman drove up underneath him, made contact with Hamlin’s No. 11 car and sent him spinning into the outside wall. Bowman went on to win; Hamlin finished 24th but still had enough points to make the final round. After the race, Hamlin prevented Bowman from doing a victory burnout and then called him a “hack.” Hamlin is using the incident — and the heavy booing by fans at the track afterward — to gear himself up for winning a first championship. “Everyone’s go-to is, you haven’t won a championship. There’s nothing else they can say. There’s just nothing else they can say. To me, I’m so motivated to go out there and show ’em what’s up. I think it’s fuel for me. It really is fuel for me. People don’t get in my head in a negative way. I turn it into positives, into motivation,” he said during media day.

The Hendrick Motorsports driver has won nine times total this season and four times in the playoffs. Those playoff wins came on three different types of tracks — short (Bristol), road (Charlotte) and intermediate (Texas, Kansas). This week he’ll be racing on a 1-mile track at Phoenix. He finished seventh there in March. The Cup Series held just one other race on a 1-mile track this year, at Dover on May 16. Larson finished second in that event. “I didn’t execute a good race at all earlier this year (at Phoenix). I felt like my car was capable of winning that race, for sure,” he said at media day. “Yeah, I’m excited to get back going and try to just execute a better race, hopefully to keep myself in position.”

Hamlin’s teammate at JGR is seeking his second Cup championship to pair with his 2017 title. He won this year’s spring race at Phoenix from the fifth starting position, and he told reporters at media day that he felt he had the best car that day. “Phoenix has been a good track; 750(-horsepower) tracks have been kind of what we’ve been our best at this year, not only JGR but the 19 (Truex’s team) especially. All four of our wins (in 2021) have come with this package and these rules. I enjoy the 750 stuff, so I’m fired up and excited about this weekend. I think we can get it done,” he said.

How will the Cup champion be determined?

Each driver in the Championship 4 will begin the race with 5,000 points. The driver with the most points at the end of the race will be the Cup Series champion. There is one major difference between the first 35 races of the season and the championship race: Stage points will not be awarded to the Championship 4 drivers. That means the playoff drivers’ official finishing positions alone will determine who wins the championship. The best finisher among the four will be awarded the title.

NASCAR used qualifying runs to set the starting lineup for Sunday’s Cup Series Championship race at Phoenix Raceway. Thirty-nine cars were entered for the race, one fewer than the number for a full field. Championship 4 drivers are denoted by a “P” next to their names.