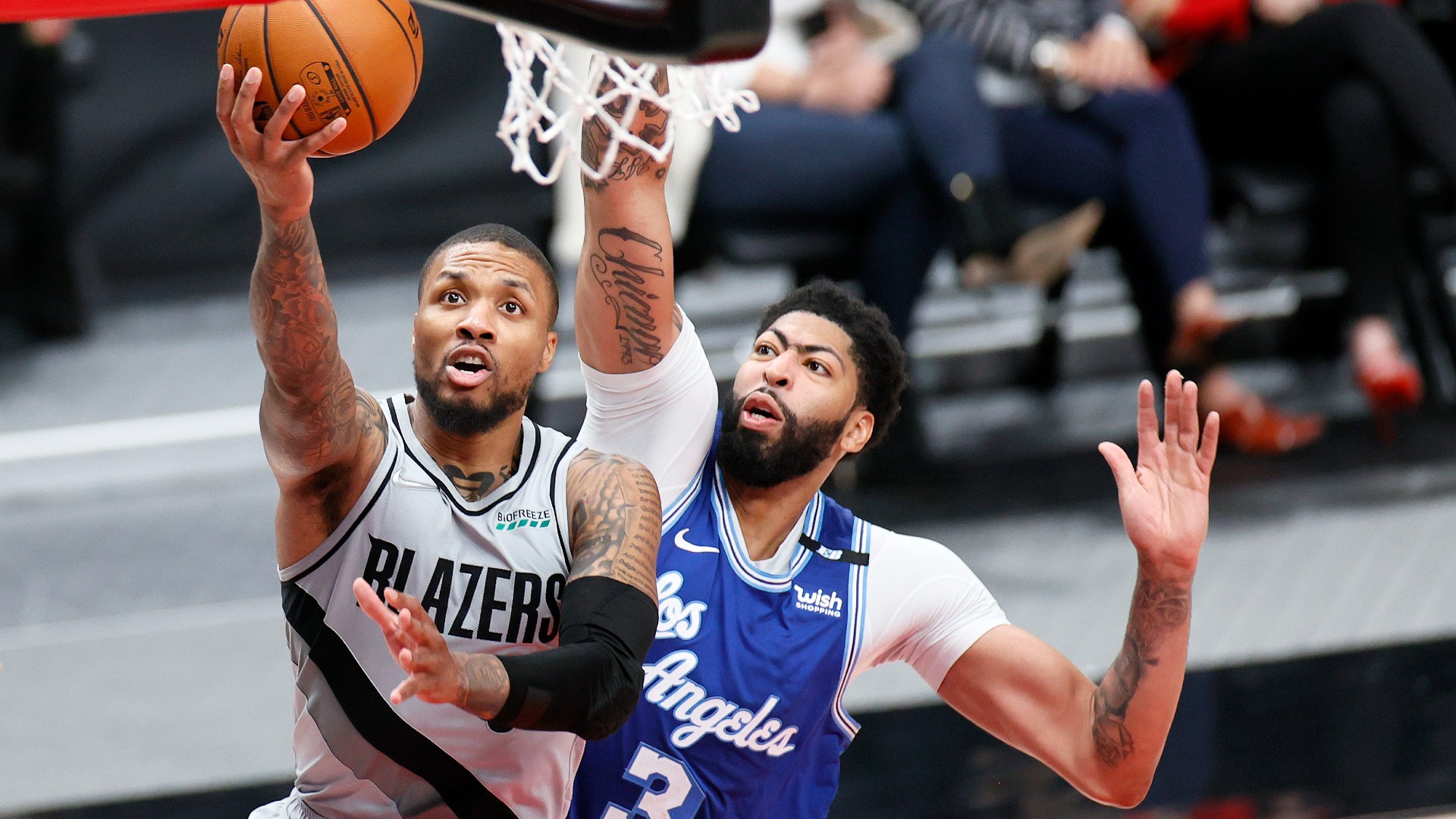 Whenever an NBA star becomes available as a free agent or trade target — or, really, could possibly become available at some point in the future — the Lakers are automatically connected to that player. The standard Photoshop images quickly hit social media, and the fake trades are constructed.

Damian Lillard has gotten this treatment, of course. The Trail Blazers star expressed frustration with the state of his team after Denver defeated Portland in the first round of the 2021 NBA playoffs despite missing Jamal Murray and Will Barton. His surprisingly direct comments caused fans and analysts alike to wonder if he would consider requesting a trade during the offseason.

“Where we are isn’t good enough to win a championship if it’s not good enough to get out of a first-round series with two of their best three or four players not on the floor,” Lillard said.

Speculation about Lillard’s status and the possibility of joining the Lakers kicked into high gear once again after Yahoo Sports’ Chris Haynes recently reported on Lillard’s summer meeting with LeBron James and Anthony Davis.

“‘Bron asked what I was thinking with my situation, and I told him what I’m telling you: that I just want to be in a position to win it all,” Lillard told Haynes. “He painted the picture to me that if I were to leave, the situation could look like this. He didn’t tell me to come to LA, and he didn’t say anything to me that I didn’t already know other than what it could look like.

“I told him, ‘I know if I were to play with y’all, I know it would work out because of my skill set,’ and who I am and who they are.”

Uh-oh. Should the folks in Portland be concerned? No, not really. There are three big reasons why Lillard won’t be heading to Los Angeles anytime soon.

Damian Lillard wants to win a championship with the Trail Blazers

While Lillard acknowledged that he knew how he would fit alongside James and Davis, he also told Haynes that he was hesitant to join any version of a “super team.”

“I’m sure it would be great to play with LeBron and AD and play in a big market, but as attractive as it sounded and as fun as that might be, I don’t feel in my heart that that’s who I am or where I belong,” Lillard said. “And one thing I want to emphasize is that this decision wasn’t made out of comfort. I’m not afraid to be out of my comfort zone because I’m going to live here when I’m done playing regardless. I made my decision based on what I actually want to do.”

He echoed that sentiment during a freestyle on “Bars On I-95,” rapping that “Me not wanting to join a super team might end up being my Achilles’ heel.”

Lillard has also rejected the idea of playing for other title contenders. After 76ers fans cheered for Lillard during a game at the Wells Fargo Center, the six-time All-Star told reporters that it was “funny” to hear. Lillard is definitely aware that the Sixers covet him, but some “Brotherly Love” won’t alter his stance.

“I know what it is and I know what it’s about. But I’m a Trail Blazer,” Lillard said (via ESPN’s Tim Bontemps). “I appreciate the love. I appreciate the respect that they showed and the desire or whatever but I’m 10 toes in Rip City, and I’ve said that time and time again and tonight I laughed about it during starting lineups but that was that.”

The mission for Lillard is bringing a title to Portland. He watched Giannis Antetokounmpo win a championship with the Bucks, and he wants to have a similar experience with the only franchise he has ever known.

“I want to win a championship here. And because of how strongly I feel about that, I don’t know how rewarding it would feel for me at this point if I won somewhere else,” Lillard told Haynes. “Winning it here would be a lifetime achievement for me.”

MORE: How long is LeBron James out?

Trail Blazers president of basketball operations Neil Olshey has never seemed interested in discussing a Lillard trade in general, but there is “no way” he would ever trade Lillard to the Lakers, according to Haynes. That’s about as definitive as you can get.

Olshey made a few minor changes to the roster during the offseason and never considered moving Lillard. His biggest splash came when he hired Chauncey Billups to replace longtime coach Terry Stotts. Olshey believes that Billups is capable of leading Portland deeper into the playoffs after back-to-back first-round flameouts.

“Chauncey is a proven leader with an elite basketball IQ that has won everywhere he has been,” Olshey said back in June. “He is prepared for the challenge of developing the championship habits and strategic approach we need to achieve the expectations and goals for our franchise.”

It’s been a bumpy start to the 2021-22 campaign, though. The Trail Blazers have lost three of their last four games, and as long as they continue to struggle, the questions about whether Lillard can achieve his ultimate goal in Portland will remain.

Let’s say Lillard sours on the idea of sticking with the Trail Blazers, and Olshey changes his tune, too. Even if that does happen — again, there are no indications that either side wants to end the relationship — what exactly could the Lakers offer that would put them above other suitors?

Los Angeles isn’t going to trade James or Davis. It could put Russell Westbrook on the table, but he would only help keep Portland in the same tier of the Western Conference. The Lakers sent out their best young players and draft picks in order to acquire Davis, so there isn’t much left on their roster that would intrigue the Trail Blazers. (It’s also worth noting that salary-matching would be a major hurdle.)

Unless the Lakers got extremely creative and involved another team in this process, a blockbuster deal just couldn’t happen. But hey, we’ll always have the Photoshops.