Why did the Braves pull Ian Anderson? Rookie gets through five hitless against Astros before exiting World Series 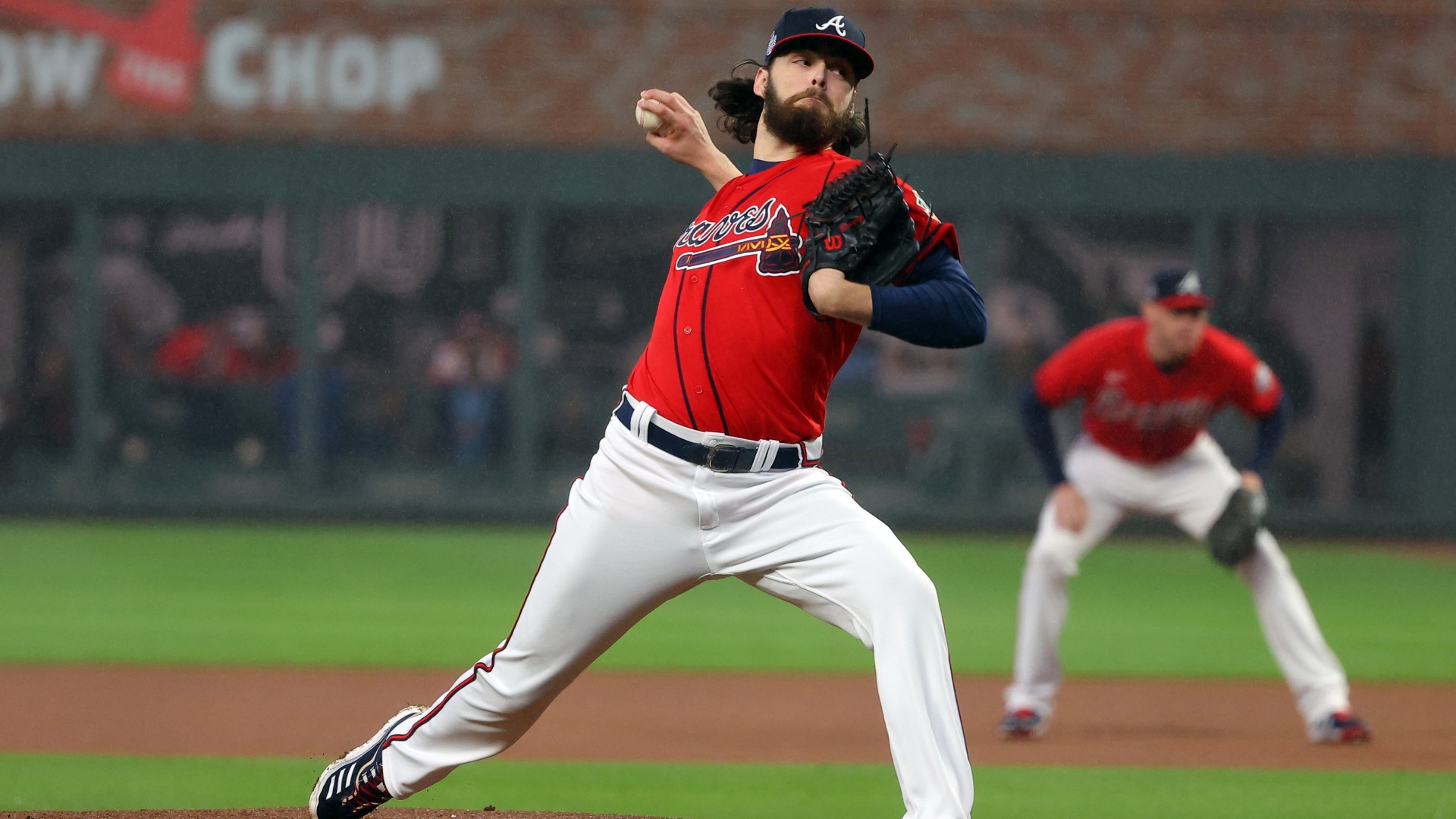 Ian Anderson has been one of baseball’s hardest pitchers to hit in his past two postseasons, and the Braves rookie was in peak form Friday night.

In Game 3 of the World Series, he was back at it against the Astros as he didn’t allow a hit over five innings. He walked three and struck out four.

But the no-hit bid wasn’t enough to keep him in the game. Braves manager Brian Snitker lifted him for left-hander A.J. Minter to start the top of the sixth, placing the no-no in the hands of his trusted relievers.

Why was Anderson pulled if he was pitching so well? Sporting News takes a look.

Anderson might have been dealing, but with 76 pitches at the time of his exit, it was clear he was not going to finish the game. And while the rookie had allowed no hits, he wasn’t exactly filling up the strike zone as 37 of those 76 pitches were taken for a ball.

This isn’t the first time Anderson has been lifted early in the 2021 postseason. In Game 3 of the NLDS against the Brewers, he was taken out after throwing 84 pitches in five scoreless innings. After that, he lasted three innings and 55 pitches against the Dodgers in Game 2 of the NLCS and 66 pitches in four innings against Los Angeles in Game 6.

Anderson’s outings have not lacked success. In seven career postseason appearances, he owns a 1.47 ERA, including a 2.25 mark in his three starts this year. But the Braves have a lot of faith in their bullpen, particularly Minter and fellow southpaw Tyler Matzek, to deliver key innings late.

Had it been the bottom of the order coming up to face Anderson in the sixth, he might have been able to stay in the game. But it was not. It was the top of the Astros’ vaunted lineup, and it would be seeing him for the third time.

Facing Jose Altuve, Michael Brantley and Alex Bregman would be a tall task for any pitcher. While Altuve has been cold, he homered in Game 2 and is a consistently dangerous hitter. Brantley has scorched the ball in the World Series to the tune of a 1.000 OPS. Bregman is waiting for his first hit this postseason, but he had a .777 OPS in the regular season.

Then there are the numbers associated with Anderson facing a lineup for the third time. In 2021, batters posted a .772 OPS against him the first time through the order, .520 the second time and .764 the third time.

And the Astros have found plenty of success facing pitchers for the third time.

According to Stathead, the Astros posted a collective .812 OPS in the regular season when facing pitchers for the third time in a game. Altuve was stellar as he posted an .856 OPS, while Bregman had a .738 mark and Brantley posted a .690 OPS, per Stathead.