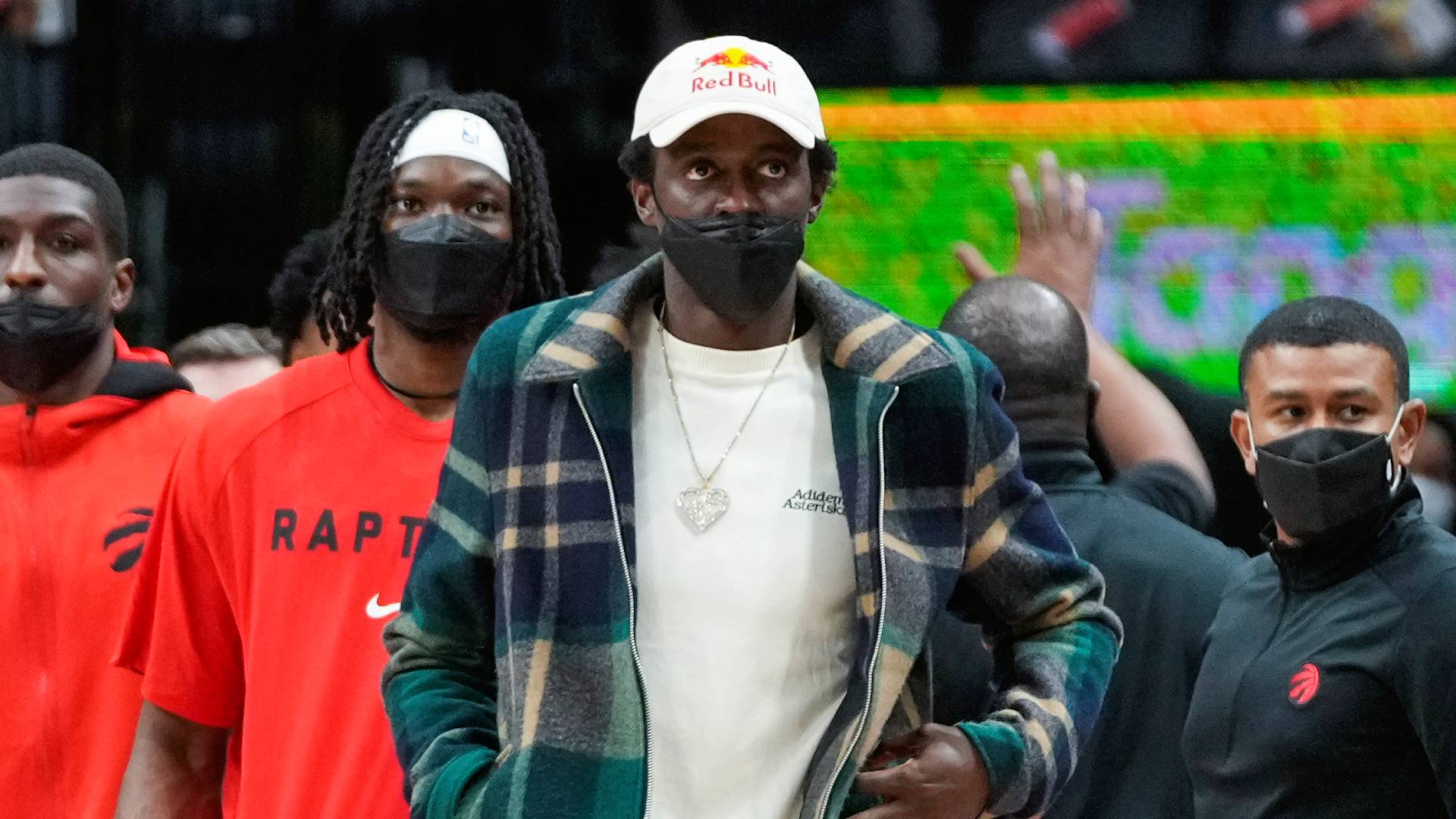 After undergoing offseason surgery to repair a torn labrum in his left shoulder in June, one-time All-Star Pascal Siakam was unavailable to start the season for the Raptors.

Siakam suffered a shoulder injury on May 8, causing him to miss the final four games of the season with what was initially called a shoulder strain. On June 11, the Raptors took to Twitter to announce that Siakam had undergone successful surgery to repair a torn labrum in his left shoulder, adding that “the expected recovery and rehabilitation time for this procedure is approximately five months.”

With opening night already passing us by, how close is Siakam to returning?

Here’s everything you need to know about his status.

How long will Pascal Siakam be out?

The initial timeline of a five-month recovery would mean that Siakam could return around Nov. 11 at the earliest, but that does not take into account outside factors such as conditioning and practice time.

The good news is that, according to TSN’s Josh Lewenberg, Siakam made his return to the practice floor without any limitations on Tuesday, Oct. 26. Being cleared for full contact is a huge step toward his return to play, and he’ll continue to practice competitively with the Raptors’ G League associate, Raptors 905, for the remainder of this week.

Pascal Siakam and Yuta Watanabe both practiced in full today, per Nick Nurse, which would indicate that Siakam has been cleared for full contact. Plan is for both of them to make the trip to Mississauga tomorrow and practice with the 905, who are holding camp this week.

According to Sportsnet’s Michael Grange back on Sept. 27, US Thanksgiving was the ballpark target for Siakam’s return, which would add two weeks to the initial five-month timeline.

Does a return to full-contact practice expedite that timeline? That remains to be seen.

The Raptors play 19 games prior to Nov. 25 and their first game after that date is Friday, Nov. 26 at the Pacers.

May 8, 2021: Siakam, who had dealt with lingering issues, injured his shoulder against the Grizzlies and did not return to the game after 30 minutes of action.

The injury effectively shut Siakam down for the season, as he missed the team’s final four games.

June 11, 2021: The Raptors announced that Siakam was a week removed from undergoing successful surgery to repair a torn labrum in his left shoulder, giving an approximation of five months of rehab and recovery.

Sept. 27, 2021: At media day, Raptors general manager Bobby Webster shared that, while Siakam had not yet been cleared for contact drills, he had been impressing with his performance in 1-on-0 workouts at Toronto’s practice facility.

Webster says Pascal Siakam still hasn’t been cleared for contact but he’s been working out 1-on-0 at the practice facility. “He looks good. He’s in a really positive head space. I think he’s happy and ready to go.”

Siakam told reporters that he felt good after initial hesitancy to receive surgery, ultimately deciding to do so for the longevity of his career.

“I didn’t want to have surgery, I was super-scared, I’m from Cameroon, I always feel like there’s some remedy or something… but this was for the rest of my career …” Siakam on his shoulder, says he feels very good.

Oct. 12, 2021: During an appearance on Sirius XM NBA Radio, Head coach Nick Nurse said that Siakam was set to soon begin contact work and could be just a few weeks away from a return to action.

Via Nick Nurse on @SiriusXMNBA, Pascal Siakam should start contact work this week and may only be a few weeks from a return.

Chris Boucher is about 10 days away.

Oct. 20, 2021: Appearing on The FAN Morning Show, Webster shared that Siakam has started practicing but suggested that he is still a few weeks away from returning to action.

Bobby Webster told us this morning that Siakam has started practicing “a bit.”

Timeline still sounds like early/mid-November, maybe not as early as Nurse had suggested was possible last week.

Oct. 26, 2021: According to TSN’s Josh Lewenberg, Siakam has been cleared for full-contact practice and will continue to practice in full with the Raptors’ G League affiliate, Raptors 905.

Pascal Siakam and Yuta Watanabe both practiced in full today, per Nick Nurse, which would indicate that Siakam has been cleared for full contact. Plan is for both of them to make the trip to Mississauga tomorrow and practice with the 905, who are holding camp this week.

Oct. 29, 2021: The Raptors officially assigned Pascal Siakam to the Raptors 905. The 905’s season doesn’t begin until Nov. 11 when they host the Westchester Knicks at the Paramount Fine Foods Center but this could be a good sign towards Siakam’s return to the big club as he’ll be able to practice with the 905.

The Toronto Raptors have assigned forward Pascal Siakam to the Raptors 905.

Sportsnet’s Michael Grange confirmed the move was practice-related and added that the next step is for Siakam’s surgeon to sign off on his shoulder.

This is for practice as G-league starts Nov. 5th. Siakam IS inching closer to return, tho. Next milestone is going to LA to have shoulder surgeon sign off. Still weeks vs. days until he’s ready to return to Raptors. Mid-Nov. best bet. https://t.co/suqGVF7njh