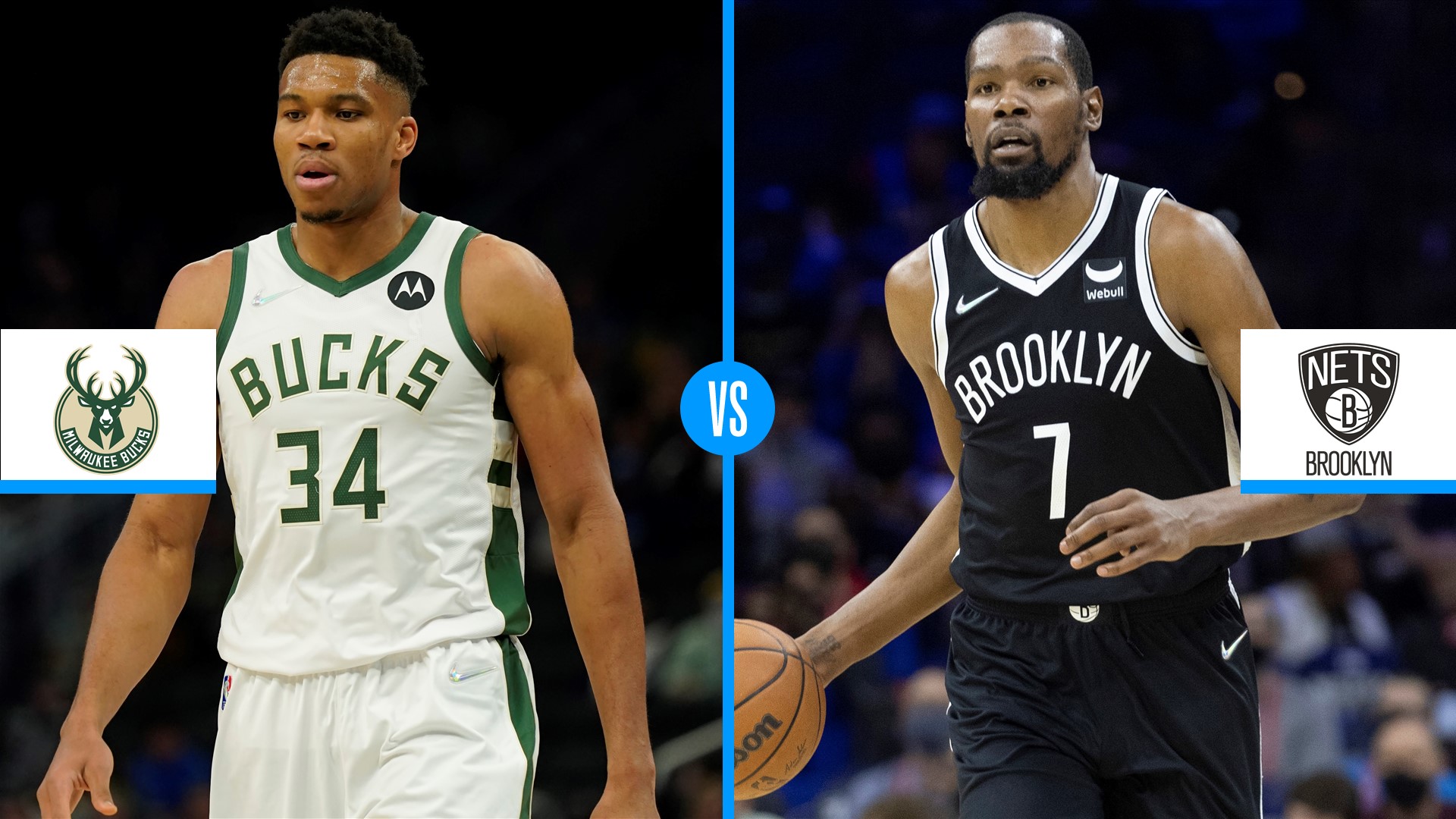 The 2021-22 slate tipped off with the reigning NBA champion Milwaukee Bucks hosting this year’s title favorite Brooklyn Nets. In a rematch of a legendary seven-game series in last year’s Eastern Conference Semifinals, Kevin Durant and James Harden looked to get revenge against Giannis Antetokounmpo, Khris Middleton and Jrue Holiday.

Sporting News tracked live scoring updates and highlights from Nets vs. Bucks on Tuesday night. If you missed any of the action you can catch up right here!

-A huge night in Milwaukee ends with a win. The defending champs collect their rings, unveil the championship banner and take down their biggest rival in the conference. A successful night indeed.

-Antetokounmpo checks out of the game. He finishes with 32 points, 14 rebounds and seven assists. What a start for the Finals MVP.

-Durant buries a long range triple and it’s 115-101 with 3:45 on the clock. Giannis sat out the last few minutes. You would think he will return to help close this game out for Milwaukee.

-Milwaukee call time and this one feels a couple possessions away from possible being a wrap. Antetokounmpo is up to 32 points, 13 rebounds and six assists as the lead jumps to 112-95 wuth 5:50 to play.

-Nwora continues his nice night off the bench by canning a triple. The second year man has 13 points and five rebounds on 3-for-6 shooting from deep. The Bucks keep answering every call and still lead 106-93 with 8:08 to play.

-Jordan Nwora puts the moves on Claxton and justtttt beats the buzzer with the floater. Milwaukee continue to hold the Nets at bay.

-Kevin Durant is starting to heat up for Brooklyn. He has 24 points but it’s still Milwaukee holding the 88-77 edge with 2:43 to play in the third.

-Giannis kisses it off the glass with the left hand with a touch of english. Ridicuous.

-Giannis is putting together some sort of game. He has 24 points, 12 rebounds and five assists halfway through the third quarter.

-The Bucks score first as Giannis finds Allen for a triple. Bucks 69, Nets 59.

-We are underway in the second half.

-Bad news for the Bucks, with Jrue Holiday ruled out with a heel contusion. The guard appeared to come up sore on a trip to the basket earlier in the second quarter.

-Patty Mills continues to fire for Brooklyn. He has 15 points on 5-for-5 shooting from long range. Harden also has 15 for Brooklyn.

-On multiple occassions Brooklyn players have failed to get back on defense, leaving their teammates to play 4-on-5. First it was Claxton and now Harden. Bucks lead 55-37 with 5:40 to play in the first half. Giannis leads all scorers with 15 points, eight rebounds and three assists.

-Patty Mills catches fire for the Nets to keep them within touch after one. Mills has nine points on 3-for-3 shooting from long range.

-Milwaukee are feasting on the offensive glass early in the game. They have four offensive rebounds and lead 10-6 with 8:29 to play in the first quarter.

-The 2021-22 season is oficially underway as the first shot of the season goes to Grayson Allen. A miss from long range.

Ok, there is actually some basketball to be played now…here are the Bucks starters with Grayson Allen the new face.

The Nets are going big, with Nic Claxton getting the start on opening night.

The 2021 championship banner is up in the rafters!

The Finals MVP gets a huge ovation from the home crowd!

An up close look at Milwaukee’s championship ring!

The party is underway in Milwaukee as the Bucks prepare to collect their championship rings!

NBA Opening Night will tip off with the Bucks hosting the Nets at 7:30 p.m. ET.

How to watch NBA Opening Night

Bucks vs. Nets will be broadcasted live on TNT. You can live stream the game from the TNT app after you enter your TV provider.