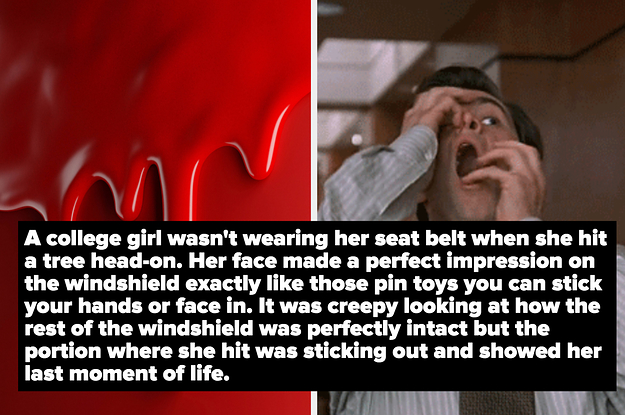 11. “I knew a nurse who told me a story about a guy who tried to hang himself from a tree with a belt. It snapped. They think this was the point at which he compressed his spine falling to the ground. He still managed to climb back up the tree. Tried again with the same belt. It snapped again. Some time afterwards he was found and transported to hospital. Still alive. Now a few inches shorter than he was before the incident.”

“They put him in a halo in hospital because he had fractured his skull. He constantly tried to use this to kill himself, so he was strapped down. Somehow he managed to get free of his restraints, and drag himself to a window. He opened the window and jumped.

From the third floor. He hit a window mounted AC unit on the way down. The guy fucking survived. I dunno what happened to him after this incident, but this story still gets to me.” —aalios