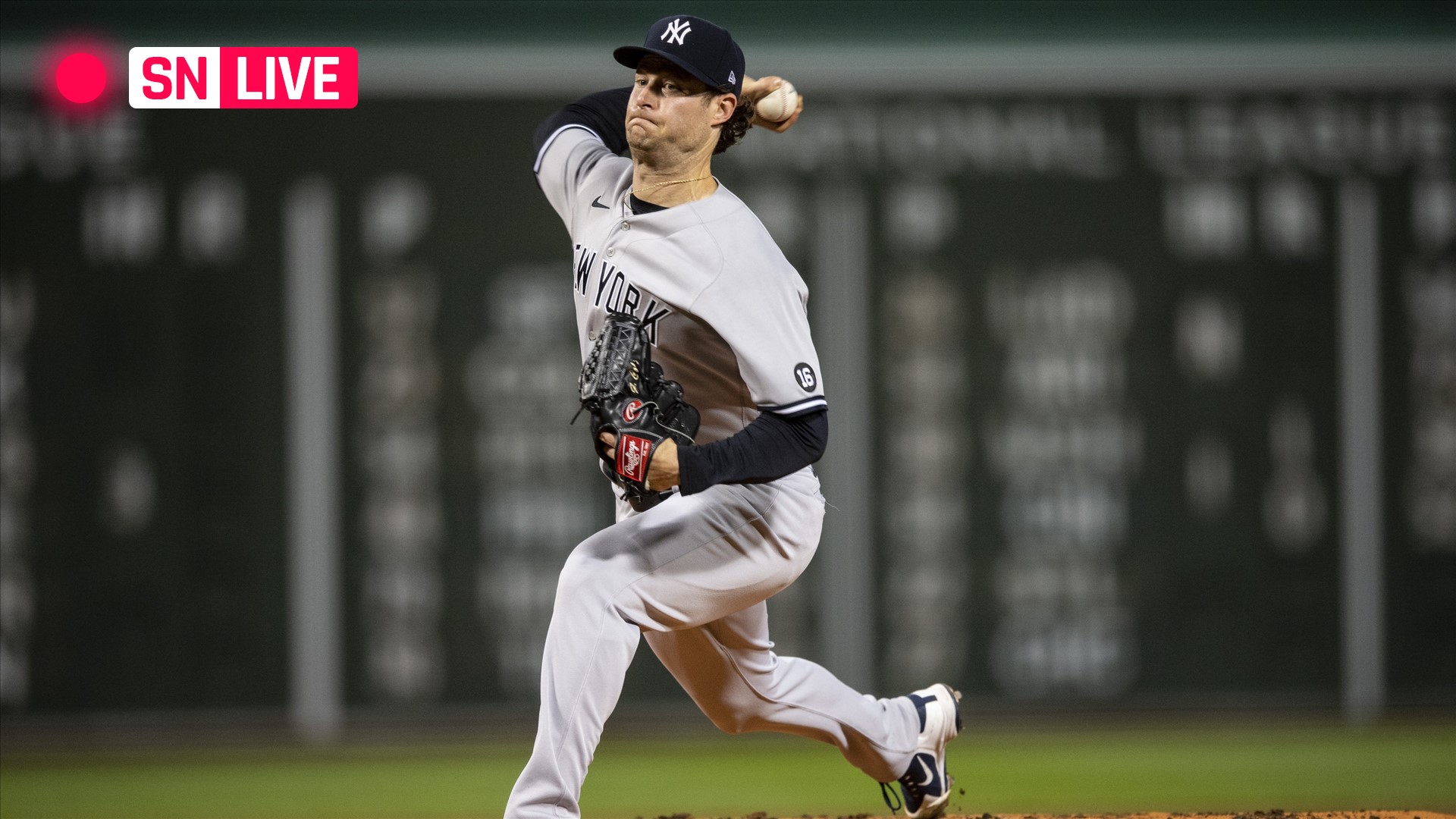 The Red Sox and Yankees will add another chapter to their historic rivalry on Tuesday night.

These two teams have faced off against one another four times in postseason history — five times if you include the 1978 game 163 tie-breaker that sent New York to the playoffs. The winner has gone on to the World Series every time.

This is the earliest in the playoffs these teams have ever faced off. The winner moves on to face another AL East team, the AL-leading Rays, in the hopes of advancing to the American League Championships Series.

The Red Sox will turn to Nathan Eovaldi on the mound, the team’s best pitcher during the full 2021 campaign. On the year, Eovaldi has a 3.75 ERA and 2.79 FIP across 182.1 innings of work. In six starts against the Yankees, he has a 3.71 ERA with 34 strikeouts, 38 hits allowed and only four walks allowed in 34 innings of work.

Sporting News is tracking live scoring updates and highlights from Yankees vs. Red Sox in the 2021 MLB postseason. Follow below for complete results from the American League wild-card game.

9:27 p.m. End Top Fourth: Torres also flies out to center, and Eovaldi is through four scoreless in Boston.

9:25 p.m.: Gallo flies out to center for the second out of the inning.

9:23 p.m.: Eovaldi gets Stanton swinging at a high 99 mph fastball for the first out of the inning.

9:19 p.m. End of Third: Holmes gets exactly what he was hoping for as Verdugo grounds it hard to third for a 5-4-3 double play. Yankees escape the big inning.

9:17 p.m.: Bogaerts is called out on the appeal of a checked swing down to first for the first out of the inning. Huge out No. 1 for Holmes.

9:16 p.m.: For a refresher on the last time Schwarber faced Cole in the postseason, here’s a look back at their time as NL Central foes.

9:12 p.m.: That’s the end of the night for Cole. He will leave the third having thrown 50 pitches and retired nobody in the third inning. One former Pirate pitcher will give way to the other as Clay Holmes comes in for the Yankees.

9:11 p.m.: Devers walks for the second time today. Runners on first and second for Bogaerts with nobody out in the third.

9:07 p.m.: Hernandez hits a slow-roller up the line that Cole can’t reach in time. He’s on first with an infield single.

9:06 p.m. Red Sox scoring play: Schwarber strikes Cole again, this time in a different uniform. Schwarber launches one 435 feet to right field for a solo shot to lead off the bottom half of the third. Red Sox extend lead to 3-0.

9:01 p.m.: Eovaldi finally gets Rizzo to swing and a miss on a 99 mph fastball right down the middle for the second out of the inning.

8:56 p.m.: Andrew Velazquez flies out on the first pitch he sees in the top of the third.

8:53 p.m. End of 2nd: Christian Arroyo chases a 99 mph fastball upstairs and he’s set down for the third out of the inning.

8:51 p.m.: Dalbec is rung up on an 88 mph slider that looks like it sailed just off the corner of the zone, but was called strike three for the second out.

8:47 p.m.: Plawecki ropes a double into right-center to put a runner in scoring position for Bobby Dalbec.

8:45 p.m.: Cole picks up his first strikeout as he gets Renfroe to chase out of the zone.

8:38 p.m.: Former Blue Jays pitcher Marcus Stroman has some thoughts on what it’s like to face Bogaerts.

Wow. Bogaerts. He’s been raking against me for years. Lol he doesn’t have any holes in that swing. You have to expand way off the plate from pitch one with quality pitches. His bat path allows him to cover any velocity/off-speed in the zone while maximizing on the bad pitches!

8:37 p.m.: Gio Urshela hits a dribbler just in front of home plate that neither Eovaldi nor Kevin Plawecki can field in time, and he’s aboard with the Yankees’ second two-out hit.

8:36 p.m.: Eovaldi gets Brett Gardner to chase the 80 mph curveball down for the second out.

8:34 p.m.: Gleyber Torres sends a liner to right, but Hunter Renfroe chases it down for the out.

8:29 p.m. End of 1st: Alex Verdugo pops out to end the inning, but the Red Sox strike first with the homer by Bogaerts.

8:26 p.m.: Rafael Devers takes a high fastball for ball four to put a runner on first for Xander Bogaerts.

8:24 p.m.: Gerrit Cole gets Kike Hernandez to pop out for the second out.

8:22 p.m.: Kyle Schwarber starts the Red Sox half of the inning off with a flyout to center.

8:17 p.m. End Top 1st: Third-base umpire says Joey Gallo went around for the third out of the inning.

8:14 p.m.: Giancarlo Stanton crushes a pitch to left and thought it was gone, but it bounced off the Green Monster and he has to settle for a loud single.

8:13 p.m.: Aaron Judge flies out to right, and it has taken Eovaldi just three pitches to set down the first two Yankees.

8:11 p.m.: Here we go. The 2021 MLB playoffs are underway as Nathan Eovaldi’s first pitch is grounded to first by Anthony Rizzo for the first out of the inning.

8:03 p.m.: Jerry Remy is here to throw out the first pitch to Dennis Eckersley.

7:48 p.m.: First pitch is set to be thrown in 20 minutes. Here are the starting lineups for the two teams.

The Yankees vs. Red Sox game is scheduled to start at 8:08 p.m. ET on Tuesday.

How to watch MLB playoff games

ESPN will roll out its “Sunday Night Baseball” lineup to handle the broadcast of the Yankees vs. Red Sox on Tuesday. Matt Vasgersian will be on the call for play-by-play with Alex Rodriguez set to provide analysis and Buster Olney reporting from the sideline. In addition, there will also be a Statcast edition of the broadcast with Jason Benetti, Eduardo Perez and Mike Petriello on ESPN2.

Those hoping to stream the game can find it on ESPN+, the ESPN app or on fuboTV, which offers a 7-day free trial.

In Canada, all postseason games are available on Sportsnet and SN1.

TBS will handle the broadcast for all NLDS games in both series.

TBS will continue its National League playoff coverage with coverage of every NLCS game.

MLB Network and FS1 will carry all the ALDS games, until potential Game 5s, which would be broadcast exclusively on FS1.

FOX and FS1 will split coverage of the ALCS.

Every World Series game will be on FOX.