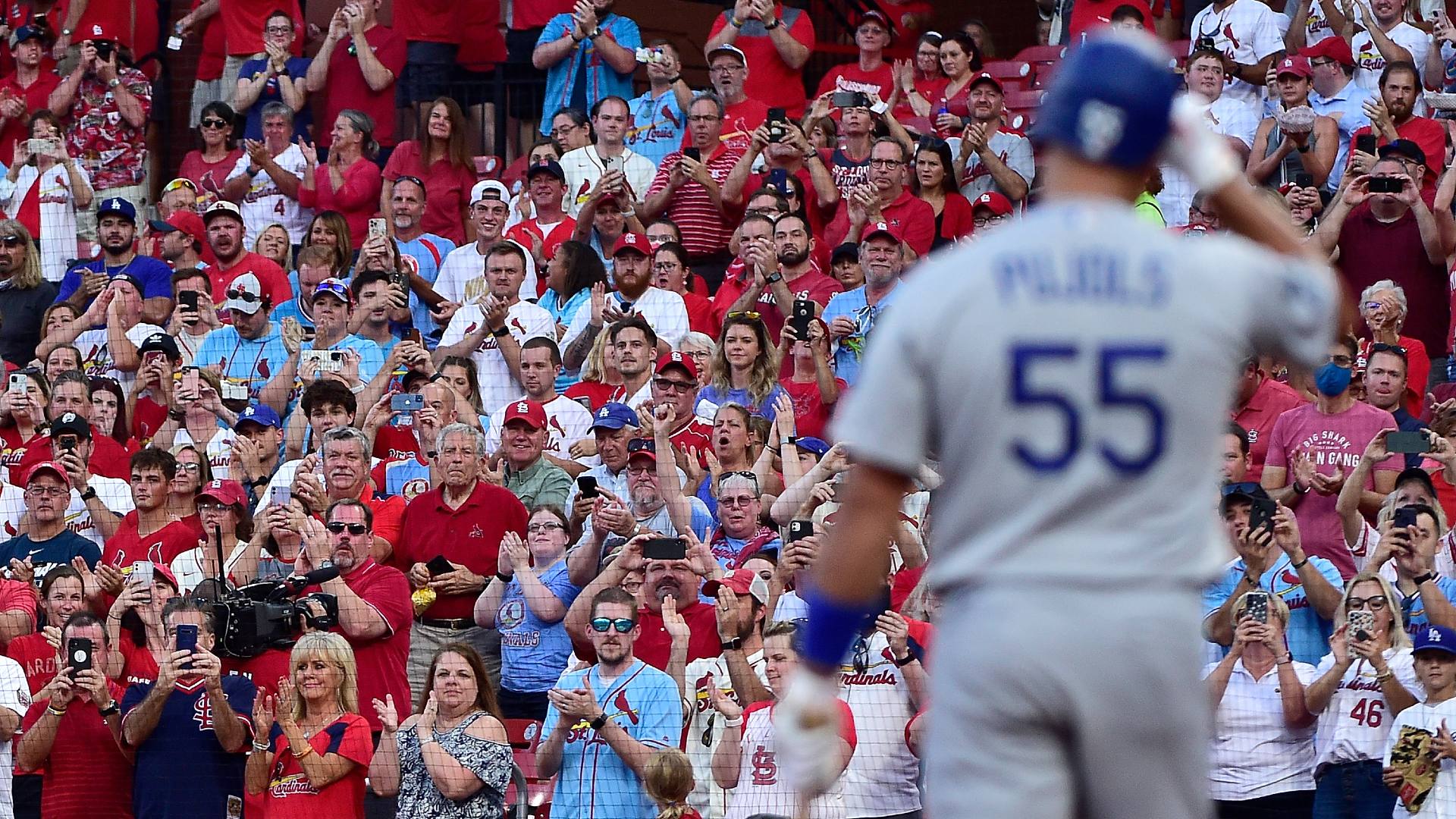 The Cooperstown-bound slugger was the MVP of the classic 2004 NLCS, when he hit four homers to go with nine RBIs, a .500 average and a 1.563 OPS as his Cardinals beat the Astros in seven games. The next year, he smashed an epic game-winning home run off Brad Lidge in Game 5 of the NLCS that’s probably still rattling around above the train tracks in Houston’s ballpark. He has a .968 OPS in 16 career World Series games — he hit three homers in one of those contests — and helped the Cardinals win two titles.

So, yeah. The big stage is nothing new.

This time, though, it’s different. When Pujols was heroic for the Cardinals, it’s because he was somehow meeting the crazy, lofty expectations he’d set during his time with the club. He was a future Hall of Famer racking up immortality points, extra lines on his plaque.

But as Pujols, now with the Dodgers after he was waived by the Angels near the end of his 10-year, $240-million contract, prepares for the 2021 NL wild-card game, things are different. If he rises to the moment, it will be about exceeding low expectations, not meeting lofty ones. He’s been productive with the Dodgers — 12 homers, .759 OPS in 204 PAs — but at 41 years old, he’s a shadow of his former self at the plate. If he does start at first base in the wild-card game, it will only be because Max Muncy, the normal starer, is out with an elbow injury.

RIVERA: Where do the Yankees go from here? Five questions for their offseason

And even so, giving Pujols the start isn’t a certainty. He’s in the mix with two others, Cody Bellinger and Matt Beaty. That’s not exactly stiff competition. Bellinger is a former MVP, of course, but he’s far from 100 percent and batting just .165 on the season. The Dodgers would probably prefer to keep his glove in center field. Beaty could get the nod, but he’s had only 82 PAs in the second half, with a .225 average and .639 OPS, and he’s started exactly one game at first base in the past two months. He is, though, a left-handed hitter and LA’s opponent is throwing a righty.

“We’ve got some options, but I’m going to think about it for another 24 hours,” Dodgers manager Dave Roberts said during Tuesday’s meeting with reporters. “If a guy starts a game, he may not finish the game there, trying to keep some optionality with the lineup, with the defense, all that stuff.”

If Roberts has any sense of drama and history and wonderment, he’ll give Pujols the start because the Dodgers’ opponent, of course, is the Cardinals.

Pujols’ Cardinals. Yeah, they’re still his team. Those are still his fans. He’ll wear that cap in the Hall of Fame. And the Cardinals are throwing veteran Adam Wainwright in the wild-card game. I mean, c’mon. Those two were teammates for seven years in St. Louis.

The Cardinals (11 World Series titles) and Dodgers (seven titles) are two of baseball’s most storied franchises, so this game is not lacking for interest. But Pujols vs. Wainwright and the Cardinals in a winner-take-all wild-card contest?