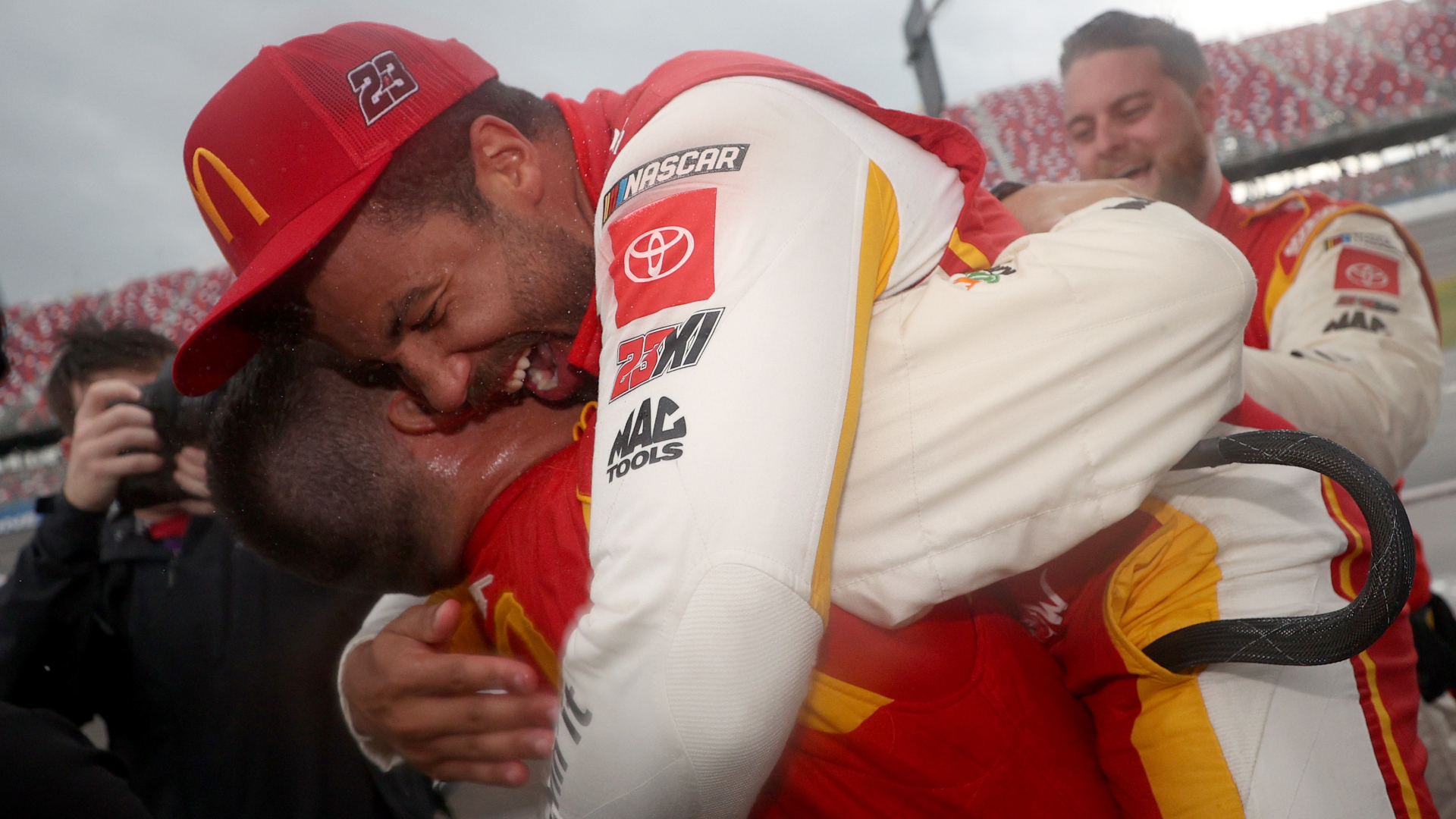 Bubba Wallace secured a historic victory at Talladega Superspeedway on Monday, winning the rain-shortened YellaWood 500. He not only earned his first NASCAR Cup Series win, he also became the first Black driver to win a race since NASCAR Hall of Fame enshrinee Wendell Scott won in 1963.

The momentous occasion — which occurred on the Mobile, Ala., native’s home track — was Wallace’s first win since he began racing in the Cup Series in 2017. It was also the first win for 23XI Racing owners Michael Jordan and Denny Hamlin.

NASCAR went under red flag conditions with three laps remaining in the second stage of Monday’s race, which was postponed from its original start time Sunday due to inclement weather. Because the rain showed no sign of stopping, Wallace — who was in first place at the time the red flag was displayed — found out he won while sitting with his crew.

Here’s the moment Wallace heard word from NASCAR that he had won at ‘Dega:

The moment certainly wasn’t lost on those who witnessed history made, both in racing circles and the sporting world at large. Here are some of the best reactions to Wallace’s win:

Ryan Blaney explains how he has seen Bubba Wallace handle the ups and downs throughout his career, giving him a hug after the win and the significance of Wallace winning at Talladega: pic.twitter.com/GTPTbeOBli

So — Bubba Wallace just got his first win and is just the second Black diver to ever win a NASCAR race.

And Michael Jordan just got a win in his first year as an owner… https://t.co/bkPZZQ8EFN

Finally, it’s official, you’ve done it! Congratulations @BubbaWallace. So proud of you and what you’ve accomplished. Your win moves the @NASCAR needle forward on so many fronts. Glad I was a witness. @23XIRacing #BLM

Raining hard now @TALLADEGA
Don’t see how we get back going.

I’m bummed to be so close to winning and miss the shot.

I’m Thrilled to head to the roval with a nice points cushion.

I’m Happy for @BubbaWallace to get his first win.