Mac Jones vs. Tom Brady: Why the Patriots rookie is more QB contrast than a ‘clone’ 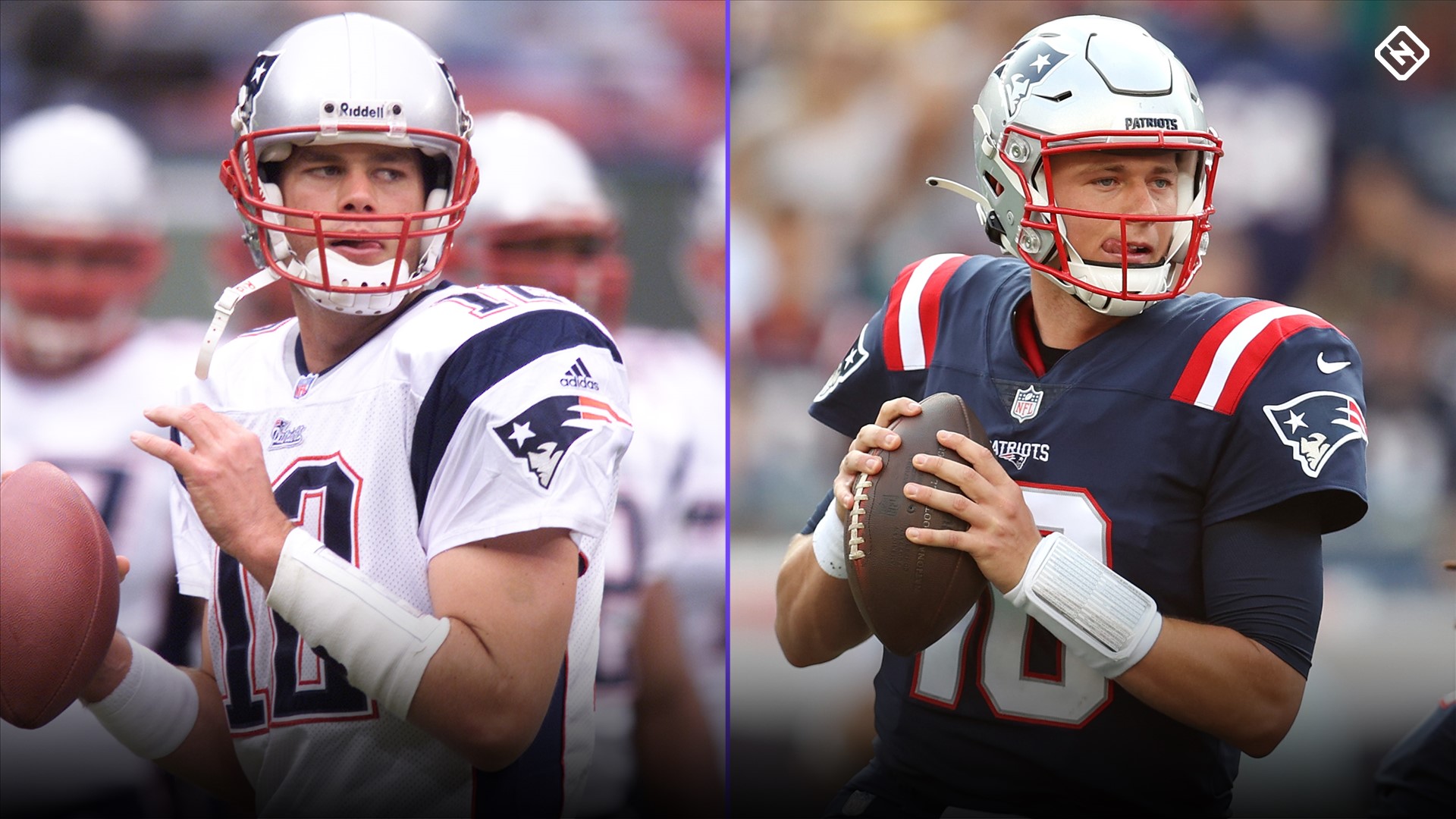 The Patriots took a gap year before drafting their first-round QB successor to Tom Brady. Rookie Mac Jones, after a strong 1-1 start in their first two games of the 2021 season, has had the first bad performance of his career.

Jones, a careful caretaker in a loss to the Dolphins and a win over the Jets, was forced into turnovers by the Saints’ hungry defense in Week 3. When called upon to throw often with little help from the running game and a negative game script, the inefficient play of Jones (30-of-51, 270 yards, TD, 3 INTs) led to a 28-13 home setback.

Brady didn’t light it up right away in 2001 when he became the Patriots’ starter in his second season. But by the end of that season, he got into a complementary groove with the defense and running game, went on a three-game playoff winning streak and was named Super Bowl 36 MVP.

Those Patriots started 1-3, were 5-5 after 10 games and finished 11-5. That game manager formula worked pretty well to win Super Bowls 20 years ago. Should that continue to be the plan, however, with Jones this season and beyond, it won’t work in the passing boom era.

Starting with their prototypical build, are fair comparisons to make between Jones (6-3, 214 pounds) and Brady (6-4, 225 pounds). They both came from pedigreed programs in their time (Alabama and Michigan) as smart pocket passers with a special work ethic. Like Brady, Jones had to compete hard to get his chance vs. some promising college competition.

The big difference is while Jones went No. 15 overall, Brady was more of a developmental afterthought, taken No. 199 overall in the sixth round after six other QBs came off the board. Brady built on his early team success to push his individual game toward an elite trajectory three years later in 2004.

The Patriots could have patience with Brady then, because they were winning Super Bowls with other key elements under Bill Belichick. Brady joined a budding powerhouse on the ground level and had a little time to grow into an elite passer and leader who could put his team on his back.

Jones has been touted as a more athletic version of Brady in terms of physical stature. In reality, the young QB who profiles a lot more like Brady is the Bengals’ Joe Burrow (6-4, 221 pounds), the No. 1 overall pick in 2020. Burrow already looks like a passer who can carry a team, while Jones needs much more initial support.

MORE: NFL QBs who have beaten all 32 teams

That brings up the question, did the Patriots feel the desperation to take Jones, knowing Cam Newton couldn’t be a bridge solution for another season? They could have taken a second-round chance on Jalen Hurts without an aggressive trade up in 2020. Hurts is looking good starting for the Eagles now.

They also could have traded up for Trey Lance or Justin Fields in 2021. The 49ers and Bears, respectively, did that instead.

So much for the thought Belichick and offensive coordinator Josh McDaniels would try to operate a different kind of offense with the wrinkle of a running quarterback who also had a big arm. Perhaps they were turned off by how that didn’t quite work with an aging Newton.

Even the most innovative coaches like to go with what they know. Getting the right QB in the right system often will make their career — the alternative can break it in a hurry.

Brady wasn’t a system quarterback for the Patriots. Like Peyton Manning, Drew Brees, Aaron Rodgers and other contemporary all-time greats, he could adjust to perform at a high level in any scheme and make the best of any available personnel. He could even deliver when the system and supporting players was letting him down.

With Brady’s GOAT status, it’s unreasonable to think there can be a sequel just for a QB having many of his basic traits. The Patriots starting on the path of reining in Jones is a big mistake, given how young guns such as Burrow and the Chargers’ Justin Herbert have fared in attack mode. In due time in 2021, this year’s top rookies Trevor Lawrence and Zach Willson will be let loose.

The Dolphins, with some Belichick-like philosophies under Brian Flores, kept Tua Tagovailoa — Jones’ predecessor at Alabama — under wraps when he started as rookie. In Year 2, they accelerated the learning curve by adding more speed and quickness in the passing game. The early results haven’t been good, and now Tagovailoa is back on the shelf with another injury. Meanwhile Burrow, Herbert and Hurts look lightyears ahead.

Jones is in a tough spot following Brady, who’s still playing like Brady going into their Buccaneers vs. Patriots matchup in Week 4. The other three replaced fading starters of various career stages — Andy Dalton, Philip Rivers and Carson Wentz.

When Jones and Brady are on-field counterparts at their position, it will be a more of a juxtaposition. Jones might be expected to be like Brady at some point, but he is the wrong offensive time and place to go down the same path. High drafted quarterbacks need to produce sooner rather than later with bigger expectations than late-rounders and Jones is joining a rebuilding team, not a championship one. Belichick is not one to extend shelf life based on draft round status.

Although it might have seemed worthwhile to target a potential clone of Brady, the Patriots also went for more high floor than high ceiling in Jones. Considering how Brady shot through the roof and reached an altitude no other QB ever has, the overall contrast is a lot starker than the basic comparison.

It’s convenient and natural to call Jones a Brady clone. But that also comes with demands Jones is incapable of meeting, now or later.