Bill Belichick’s Patriots moves without Tom Brady, Rob Gronkowski prove how much he missed them 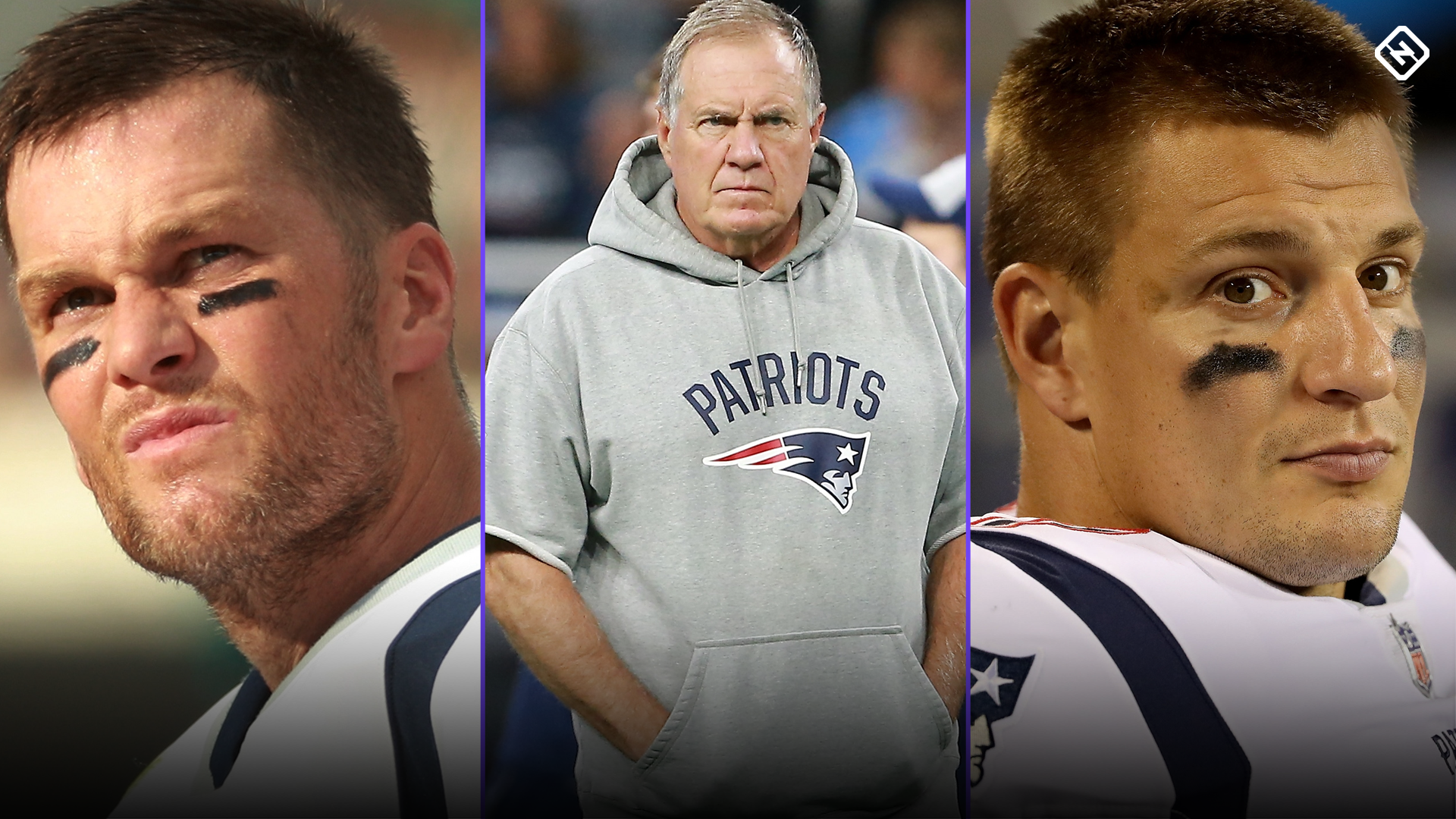 The Patriots have gone from six-time NFL championship team to a rebuilding one trying to scratch out an AFC wild-card berth in just two years. It’s no coincidence the Super Bowl 53 win over the Rams also marked the last game for the combination of quarterback Tom Brady and tight end Rob Gronkowski.

The final New England connection for the future Hall of Famers was key to that victory. While Brady and Gronkowski have re-created that chemistry as Buccaneers, winning another ring together in Super Bowl 55, the middling Patriots continue to struggle without their offensive execution and veteran leadership. They finished 7-9 last season and are 1-2 going into the Week 4 game vs. the Bucs.

Given the nature of coach Bill Belichick, he still might downplay how much he misses his long-time incomparable duo. But as the team’s de facto general manager as well, his personnel moves since the two painful Patriots breakups prove there’s some remorse for not finding a way to keep Brady and Gronk happy together on his team.

With some help from the five stages of grief, here’s a look back at what Belichick has done from post Gronkowski to post Brady to try to assemble a legitimate offense to complement their still strong defense and special teams:

Gronkowski announced his “retirement” on March 24, or a little more than a month after the Super Bowl. In April, Belichick added big-bodied Austin Seferian-Jenkins and five-time Pro Bowl wide receiver Demaryius Thomas. Later that month, the team used a first-round pick on big wideout N’Keal Harry and in May once again added 2004 first-round tight end Ben Watson.

With Jacob Hollister traded to the Seahawks early and Seferian-Jenkins released in June, the Patriots also traded for tight end Michael Roberts and signed tight ends Stephen Anderson and Eric Tomlinson right before the season.

None of that worked to make up for no Gronkowski. At wide receiver, neither did the short-lived tenure of another future Brady Buccaneer, Antonio Brown nor an expensive trade (for a second-rounder) to get Mohamed Sanu. Harry hasn’t helped much at all with his durability issues since being drafted.

The Patriots couldn’t find the right replacement receiving help for Brady’s final season with them without Gronk. It set them down the expedited path of losing Brady as a free agent after the season. They denied the fact they needed to be more aggressive to acquire real offensive skill vs. trying to piecemeal some passable weapons.

Focusing on defense, leaders to compensate for no Brady; more tight ends

Brady was one foot out the door before he threw his final pass at home for the Patriots, a pick six against the Titans in the 2019 wild-card playoffs. Brady hand-picked the Bucs because of their promising support system to prove he plenty left passing into his 40s.

The Patriots meanwhile, seemed to not want to address replacing him out of spite. While Brady was leaving in free agency, they worked on keeping other key players, led by defensive back Devin McCourty, safety Patrick Chung and guard Joe Thuney.

After Brady was long gone, Gronkowski officially was back in the league and traded to the Buccaneers to continue this career. The Patriots drafted a slew of hybrid defensive players to reload Belichick’s front seven, but they also drafted two tight ends, Devin Asiasi and Dalton Keene.

They played it cool at quarterback, making it feel like Jarrett Stidham was the heir apparent to Brady. Then they hedged their bets with Cam Newton with a very late June signing. They were hit with key opt-outs (Chung, linebacker Dont’a Hightower), various injuries and COVID-19 issues, including Newton.

The duct-tape method came unraveling. At least with Brady minus Gronk, they could do enough to win the AFC East again and get into the playoffs. Without him, they were a shell of a team, trying to manufacture a different style of offense with Newton and needed monster performances from defense and special teams to win most of their games.

For the first time in 12 seasons (or 2008 when Brady torn his ACL in Week 1), Belichick’s team failed to win the division, timed with the rise of the rival Bills. The sad reality set in that the Patriots were between the overachieving Dolphins and overhauling Jets with the makeup of their team. Belichick’s philosophy of plugging in his type of players offensively and defensively to “Do Their Job” didn’t apply or wasn’t as effective without dominant talents such as Brady and Gronkowski front and center.

The Patriots finally realized they needed to actually spend resources on offense to turn the page from Brady and Gronk.

Smith and Henry are big, strong blockers — albeit smaller than Gronk — who have some good athletic receiving traits. Agholor was signed a a Julian Edelman inside-outside type and Bourne as a perimeter red zone threat, complements to slot find Jakobi Meyers.

After giving offensive coordinator Josh McDaniels much needed reinforcements and more alignment options, quarterback was the remaining void. All the Patriots had left to do with their foreshadowing was use a first-round pick on a strong QB class.

They didn’t reach for Tua Tagovailoa or try to steal Jalen Hurts in the 2020 draft. At No. 15 overall in 2021, they stood pat, not jumping like the 49ers or Bears to get Trey Lance or Justin Fields. Tapping into Belichick’s favorite college program, Alabama, they took Mac Jones, the successful national champion successor to Tagovailoa and Hurts.

The Patriots stole Brady in the sixth round of the 2000 draft, taking him more as Drew Bledsoe’s developmental backup. He proved to be an elite starter with his gritty, cerebral play combined with extra hard work to become one of the all-time accurate passers. More than two decades later, Jones had that profile in the modern passing game as an efficient pocket distributor of the ball all over the field. Strictly speaking about his physical frame, Jones is a more athletic Brady.

New England went from two years of limbo without Gronkowski and Brady to accepting they weren’t coming back. While that pair found a different kind of rejuvenating groove with the young, loaded Buccaneers, the Patriots needed to move forward with their own youth movement, or risk being buried behind the Dolphins and Jets for a while.

Belichick would not have six rings without Brady, but last season provided concrete evidence Brady could have won several without Belichick. He brought Gronkowski and Antonio Brown along for the Super Bowl ride he didn’t get to have with the Patriots. The Patriots also missed Brady as the ultimate recruiting force and Belichick had to take command of that again.

Brady and Gronk left to have a ton of fun, while Belichick had to get back to serious business to have a shot at a winning team again before he retires. It just took two years to wipe away the virtual tears.