Packers’ Davante Adams explains hit that left him injured vs. 49ers: ‘It wasn’t a concussion’ 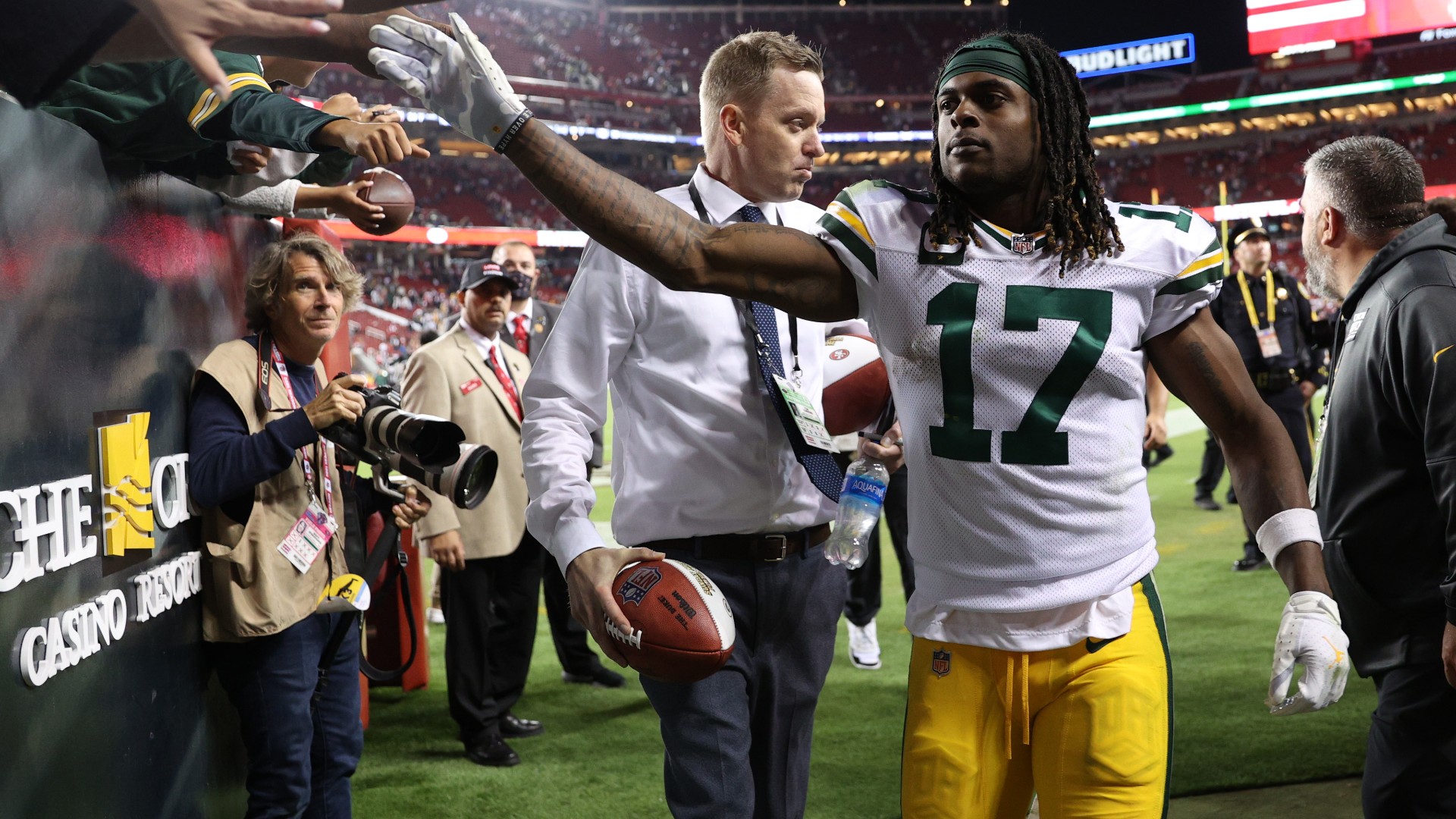 There was concern for Packers receiver Davante Adams after a big hit he took midway through the fourth quarter in the Packers’ 30-28 win over the 49ers. He was trying to locate a deep ball from Aaron Rodgers when Jimmie Ward came screaming across the field in an effort to knock the ball out.

Adams was unable to corral on the ball. Then, Ward came in and put a bone-crunching hit on Adams that briefly left him motionless on the field. It looked as though he may have suffered a significant injury, possibly a concussion.

MORE: How the Packers stunned the 49ers on 37-second game-winning drive

However, Adams apparently just had the wind knocked out of him. He was able to re-enter the game after missing just one play.

“I’ve dealt with a lot of stuff like that and just the mental toughness to get in there,” Adams said to reporters after the game, per Packers.com. “It wasn’t a concussion. On the sideline, they evaluated and saw right away. I was straight. More than anything on the ground was my chest, having trouble catching a breath, but definitely good now.”

Adams in known to have suffered concussions three times during his NFL career. His first came in 2016 before he suffered two during the 2017 season. He had to miss the final two games of ’17 as a result of them.

It’s worth wondering how the Packers deemed that Adams was fit to return so quickly. He missed just one play, though he wasn’t on the field for the Packers’ initial third-down conversion attempt. Rodgers called timeout with the play clock winding down; that allowed Adams to return, but many pointed out that he probably should’ve been sidelined longer to ensure he wasn’t concussed.

NFL POWER RANKINGS: Rams on the rise after win over Bucs

It’s also worth wondering why Ward wasn’t whistled for a penalty because of his hit on Adams. Not only did he hit Adams late, but also the hit appeared to be of the helmet-to-helmet variety.

Former NFL referee Terry McAulay blamed the officials for the missed call. He explained on the NBC broadcast that the back judge allowed the players to get behind him and thus had a poor angle with which to see the hit. That resulted in no flag being thrown.

“This is really a mechanical failure on the part of NFL officiating,” McAulay said.

Regardless, the Packers escaped the game with a last-second victory and Adams helped contribute to the game-winning drive with a couple of receptions. Green Bay probably isn’t happy with the hit on Adams, but for now, it didn’t ultimately impact the outcome of the contest.