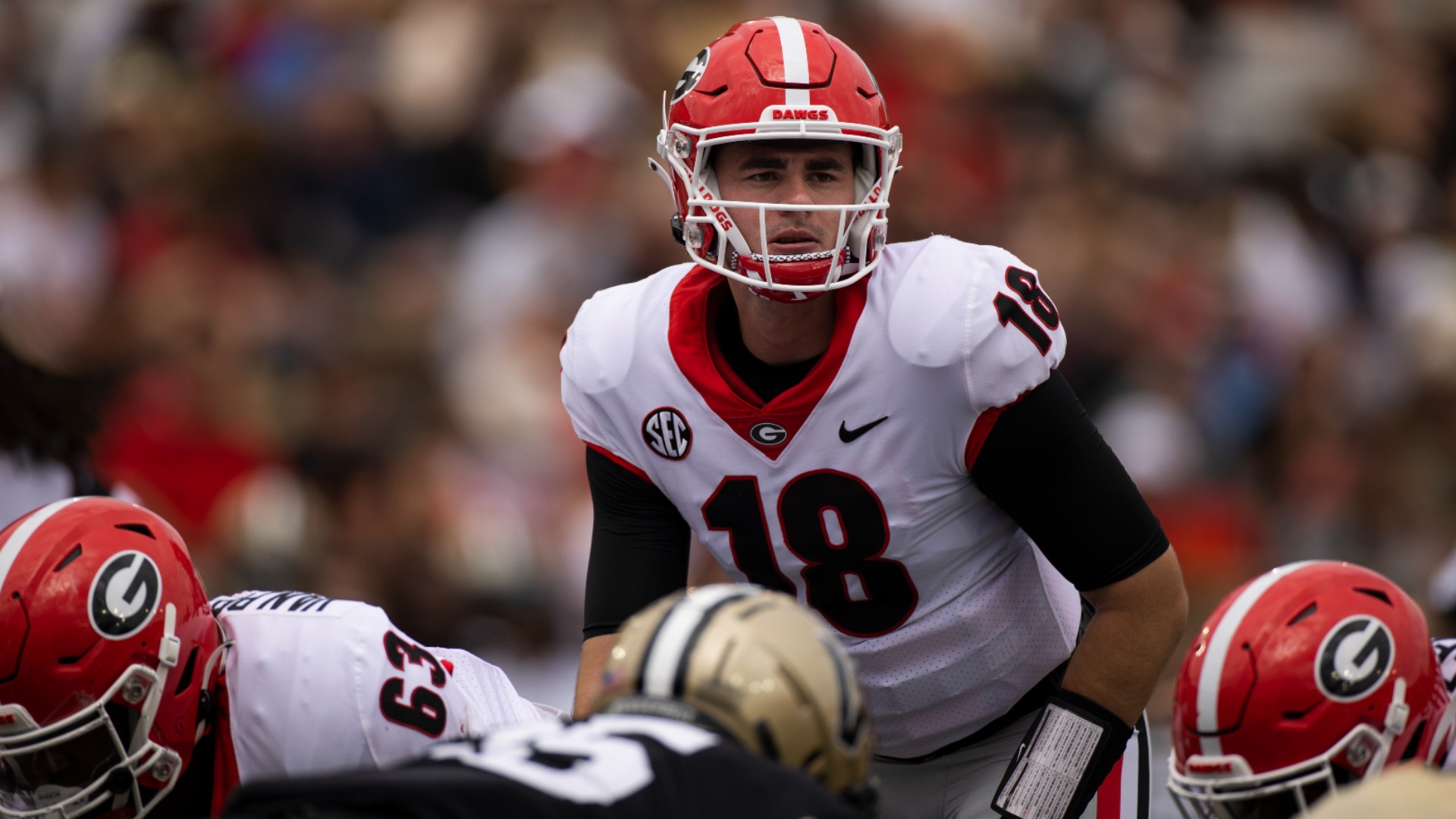 After one month, the College Football Playoff is starting to come into focus.

Alabama will be atop the AP Top 25 heading into the first week of October, but there is a case to be made for Georgia after its first four games. Those two SEC powerhouses appear to be on a collision course, but a lot can happen over the next nine regular-season weeks.

Who else is in the mix? Oregon and Oklahoma likely would have the next two spots based on their first month, but several other unbeaten teams would be in contention.

The first set of CFP rankings will be released Tuesday, Nov. 2. Each week, Sporting News will break down the playoff picture:

Four in the College Football Playoff

If the CFP rankings were released this week, then the Bulldogs would almost certainly be No. 1. Georgia continued to roll with a 62-0 victory in Week 4 over Vanderbilt. The Bulldogs outgained the Commodores 532-77. Georgia has allowed 23 points through four games, and the Week 1 victory against Clemson was no fluke. The Bulldogs can tack on another top-10 victory against Arkansas at Sanford Stadium in Week 5.

The Crimson Tide will remain No. 1 in the AP Poll after extending their win streak to 18 games. Jameson Williams returned the opening kickoff for a 100-yard touchdown, and Alabama routed Southern Mississippi 63-14 at home. Bryce Young hit 20 of 22 passes for 312 yards, five touchdowns and one interception. The Crimson Tide enter a telling two-week stretch against Ole Miss and Texas A&M. The Rebels have the top-ranked offense in the FBS under former Alabama offensive coordinator Lane Kiffin. Young has been brilliant to this point. Now, he can make a Heisman Trophy statement opposite Ole Miss quarterback Matt Corral.

Oregon pulled away in the fourth quarter of a 41-19 victory against Arizona in a game that was tense early in the second half. The Ducks ran just eight plays in the third quarter and allowed Arizona to hang around after building a two-score lead at halftime. Anthony Brown, CJ Verdell and Travis Dye combined for 28 rushes for 178 yards, and Brown added three passing TDs. The Ducks also came up with five interceptions. Oregon resumes its Pac-12 North rivalry with Stanford next.

Oklahoma continues to live dangerously. The Sooners beat West Virginia 16-13; their third one-score victory against a FBS opponent. Oklahoma has yet to get on track with Spencer Rattler at quarterback despite a loaded offense that had high expectations coming into 2021. That said, Oklahoma remains unbeaten and still is the team to beat in the Big 12. The Sooners have lost their last two meetings against Kansas State and a trip to Manhattan, Kan., is next on the schedule.

The Nittany Lions should be the first team out based on September victories against Wisconsin and Auburn. Penn State beat Villanova 38-17 in Week 4 and Sean Clifford passed for 401 yards and four touchdowns, but it averaged 2.4 rushing yards in the victory. A home matchup against preseason Big Ten darling Indiana, which won a 36-35 overtime thriller between the teams last year, is next.

We will not be surprised if the Razorbacks make this kind of jump in the polls. They dominated the first half in a convincing victory against Texas A&M at AT&T Stadium. Arkansas swept Texas and Texas A&M, and it did so with an efficient rushing attack and flashy defense under second-year coach Sam Pittman. Can the Hogs knock off the Dawgs?

Cincinnati will be ranked higher in its matchup with the Irish, but Notre Dame still has the inside playoff track as long as it stays unbeaten. The Irish pulled away with 31 fourth-quarter points in a 41-13 victory against Wisconsin that allowed Brian Kelly to pass Knute Rockne for most coaching wins in program history. Notre Dame has a serious quarterback question and issues running the football. The Irish likely have to run the table as a result.

Iowa trailed 14-7 at halftime against Colorado State, and the Rams limited Tyler Goodson to 57 yards on 18 carries. The Hawkeyes clamped down in the second half for a 24-14 victory, but it was an unremarkable performance heading into Big Ten play. They can’t afford to look past a date at Maryland before a huge cross-over showdown against Penn State on Oct. 9.

The Bearcats had a bye week to prepare for Notre Dame in what will be the Group of 5’s best case for having a team in the CFP. Former Bearcats coach Brian Kelly and defensive coordinator Marcus Freeman will be on the opposing sideline, and it’s not hyperbole to call this the biggest game in school history. Luke Fickell has led the Bearcats to 11 consecutive regular-season victories.

Freshmen Kyle McCord and TreVeyon Henderson started in a 59-7 get-right blowout of Akron. Will that be the backfield combination for the rest of the season? The Buckeyes are the only one-loss team on this list, but the fact remains third-year coach Ryan Day has yet to lose a Big Ten game. Rutgers, Maryland and Indiana are the next three games on the schedule. Ohio State will be in the mix until it gets a second loss.