Why is heavyweight champion Anthony Joshua fighting Oleksandr Usyk instead of Tyson Fury? 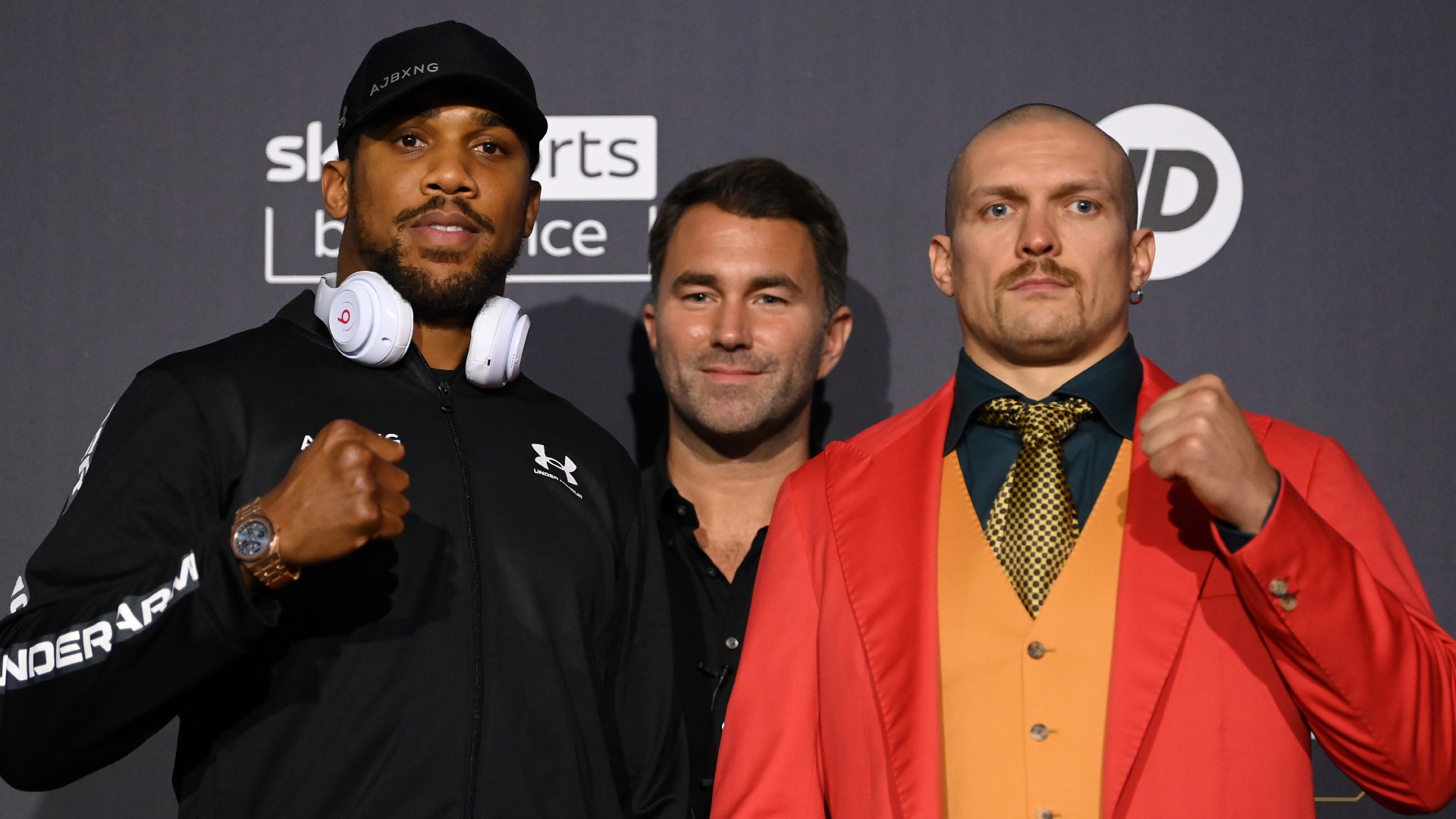 Unified heavyweight champion Anthony Joshua will defend his WBA (Super), IBF and WBO titles against former undisputed cruiserweight champion Oleksandr Usyk at the Tottenham Hotspur Stadium in North London on September 25. While it’s a blockbuster showdown, it’s not exactly the fight fans were expecting earlier this year. Rather than a megafight to determine the first undisputed heavyweight champion in the four-belt era with Joshua facing WBC champion Tyson Fury, a litany of twists and turns have led us to Joshua-Usyk.

How did we get here?

After Oleksandr Usyk became the undisputed cruiserweight champion by defeating Murat Gassiev in the World Boxing Super Series cruiserweight final in July 2018, the Ukrainian made one successful defense of those titles against Tony Bellew four months later with an eighth-round knockout and effectively cleaned out the division. With nothing left to prove, Usyk decided to jump to the land of the giants and settled on Chazz Witherspoon as his first opponent as a heavyweight. The fight took place on October 12, 2019, and Usyk dominated his opponent, scoring a seventh-round TKO.

As Usyk was securing his first heavyweight victory, Joshua was back in the gym after suffering his first loss as a professional to Andy Ruiz several months earlier. Joshua would reclaim his titles by avenging his knockout loss with a clinical unanimous decision victory over Ruiz on December 7, 2019, in Saudi Arabia. As for Fury, he was preparing for his rematch with Deontay Wilder after the two battled to a split draw in December 2018. Fury defeated both Tom Schwarz and Otto Wallin in 2019 and the rematch with Wilder was set for February 22, 2020.

Following Fury’s dominant stoppage of Wilder, plans for a contractually agreed upon third fight in July 2020 were derailed by the COVID-19 pandemic and Wilder’s recovery from surgery. This opened the door for negotiations to begin for an undisputed title fight between Joshua and Fury. On June 11, 2020, Joshua’s promoter Eddie Hearn announced that Fury and Joshua had agreed to a two-fight deal “in principal” with the provision that Joshua would win his fight against Kubrat Pulev and Fury turning back the challenge of Wilder. But with the Wilder fight in flux, Fury grew tired of waiting for a new date for the trilogy fight and announced that he had “moved on” after the fight failed to come to fruition in 2020.

Meanwhile, Usyk became the #1 contender to Joshua’s WBO title by winning a unanimous decision over Derek Chisora in October 2020. There were questions surrounding whether Usyk would step aside to allow Joshua and Fury to fight for the undisputed title. The possibility for Usyk to face Joe Joyce for the interim WBO title was discussed but never came to fruition.

Joshua held up his end of the bargain by scoring a blistering knockout of Kubrat Pulev in December 2020. On May 17, 2021, Fury took to social media to announce that the undisputed title fight with Joshua would take place on August 14 in Saudi Arabia. Less than a day after the announcement, an arbitrator ruled in favor of Deontay Wilder to exercise his option for a third fight with Fury. Wilder refused to step aside and forced the hand of Fury to accept the rematch despite the extremely one-sided previous fight.

With no other fights available, Joshua and Usyk turn to each other

With the Fury fight up in smoke for the time being, Joshua was forced by the WBO to come to an agreement in 48 hours to face their #1 contender, Usyk. Details were eventually hammered out with Joshua agreeing to face Usyk on September 25. As for Fury, the fight with Wilder was originally targeted for July 2021 but the WBC champion tested positive for COVID and the fight was pushed back to October 9.

Should Joshua retain his titles against Usyk and Fury closes the trilogy by defeating Wilder, there will be no obstacles left standing in the way of an undisputed heavyweight title fight.

MORE: Tyson Fury maps out his next five opponents