Where does Conor McGregor’s first pitch rank among worst of all time? 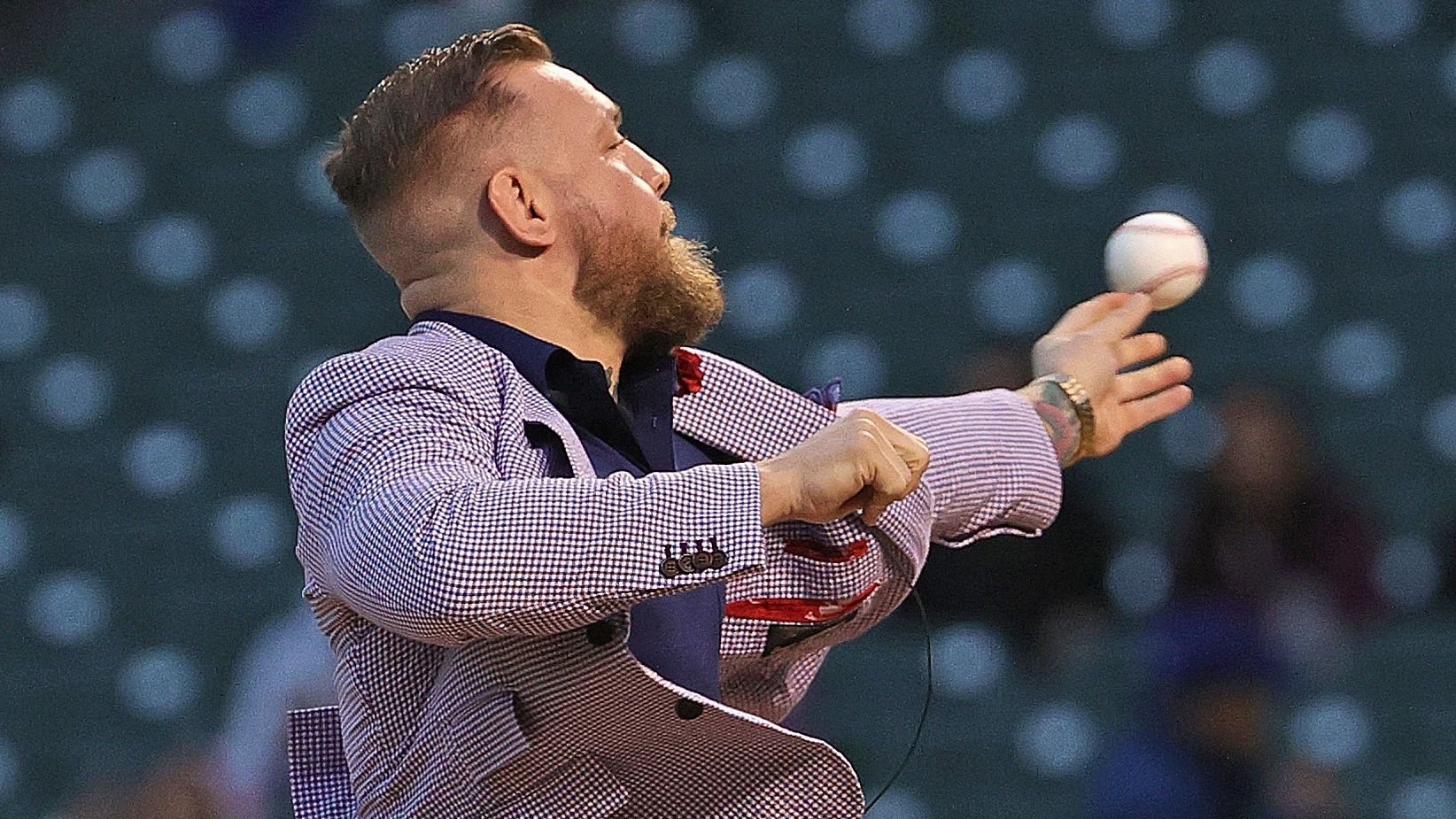 Conor McGregor’s left hand has delivered hundreds of mighty punches throughout his UFC career. But on Tuesday night, it was not his friend.

McGregor threw out the first pitch between the Cubs and the Twins at Wrigley Field in Chicago, and it was far from pretty. The ball sailed to the right of Chicago third baseman Patrick Wisdom and smacked the brick backdrop behind home plate, leading to McGregor to shrug in disbelief.

After the pitch, McGregor called it “the most devastating first pitch ever seen in the iconic Wrigley Field,” and blamed his accuracy on his broken leg suffered during his third fight against Dustin Poirier at UFC 264 in July.

Don’t worry, Conor. There have been plenty of first pitches from athletes and celebrities that have been equally as bad.

Here’s a look at the top five worst first pitches, as ranked by Sporting News:

Fauci, the chief medical advisor to the president, has done plenty to help inform the United States through the COVID-19 pandemic. But his first pitch for the Nationals’ home opener against the Yankees in July 2020 was not one to remember.

Sporting a mask, Fauci’s throw went toward the first base line and out of bounds. At least he tried to get it there, it seemed.

50 Cent has produced several successful rap albums and songs during his career as a musician. But baseball? Didn’t look like his thing.

Like McGregor, his first pitch between the Mets and Pirates game in May of 2014 soared to the left of home plate. He could only smile at how poor this was.

Carly Rae Jepsen is also a talented musician, as her song “Call Me Maybe” reached the top charts in 18 countries in 2012. But her first pitch before a Tampa Bay Rays game in 2013 was not the best.

Her first pitch didn’t even get to the home plate, falling to the left of the pitcher’s mound. Former Rays pitcher Matt Moore appeared to give Rae Jepsen a hug after, perhaps to lessen her embarrassment?

Unlike other celebrities mentioned, Carey’s first pitch came at the start of a Nippon Professional Baseball game between the Yomiuri Giants and the Rakuten Eagles in Tokyo. Still, it wasn’t good.

Carey didn’t even wind up her pitch, which caused it to drop right in front of her, similar to Jepsen. However, she didn’t seem to be too bothered by it.

The home plate is in front of you, Mr. Mallory.

This one was pretty poor. Immediately after his pitch, Mallory, the former mayor of Cincinnati, appeared to mouth a curse word while former Reds center fielder Eric Davis seemed confused at what happened.

To be honest, so were we.

MORE: The most recent no-hitter for all 30 MLB teams