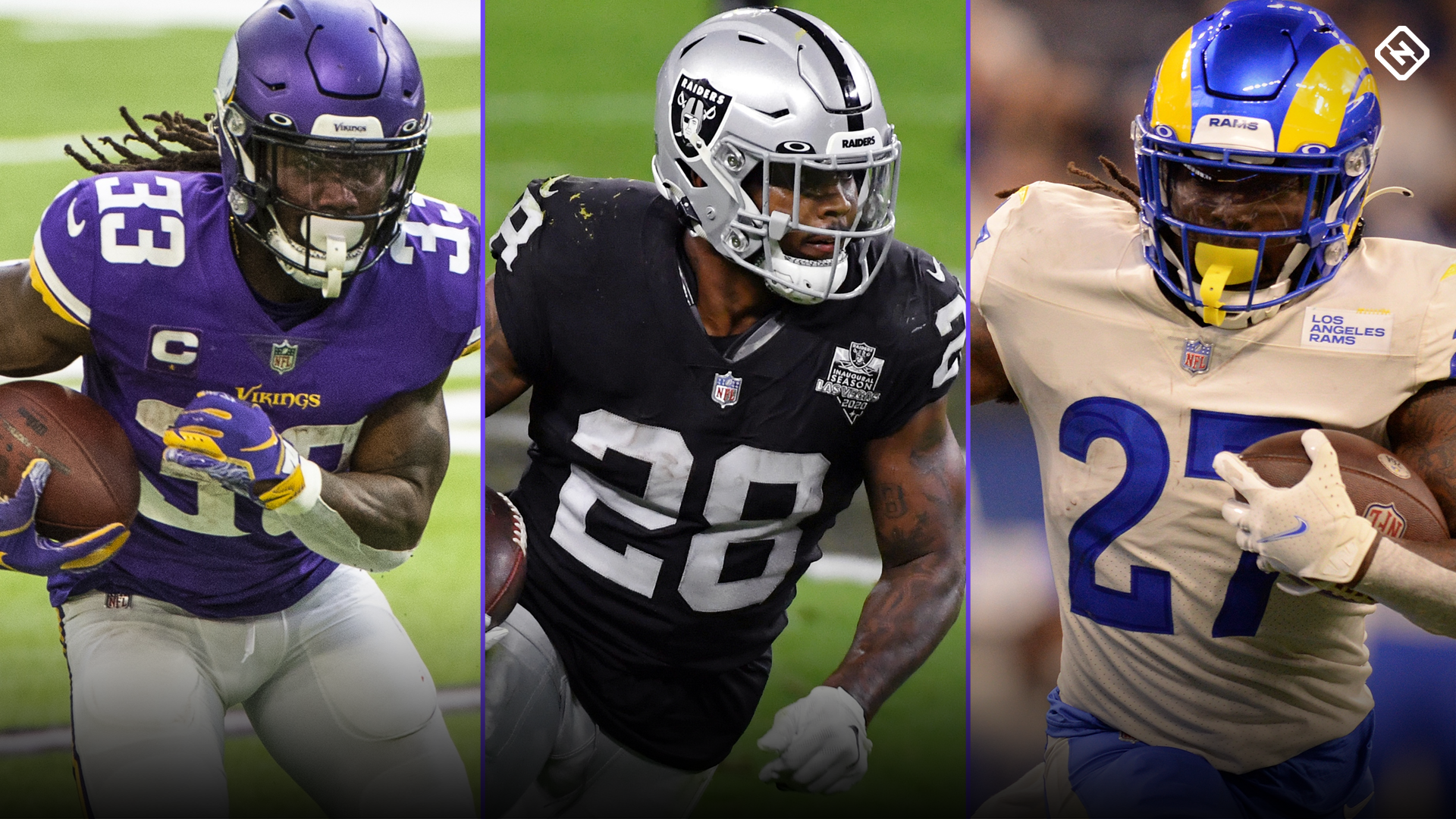 Running backs Dalvin Cook, Josh Jacobs, Darrell Henderson, Trey Sermon, and Elijah Mitchell all find themselves on their teams’ practice injury reports heading into Week 3. They all have different outlooks for Sunday but warrant keeping a watchful eye moving forward. Our RB fantasy injury updates give the latest scoop on each players’ progress and how it will affect fantasy RB rankings and start ’em, sit ’em decisions.

For updates on banged-up WRs Diontae Johnson, Amari Cooper, and Odell Beckham Jr., click here; For all the latest fantasy news, follow us on Twitter @SN_Fantasy.

Cook has been impressive this year, but the injury bug struck him again in Week 2. He has a sprained ankle, but Vikings aren’t worried about his status. Mike Zimmer said his ailment won’t affect his usage because “it’s time to win some games.” Of course, it’s great news for Cook fantasy owners (for now) that he’ll continue to be a workhorse, but there’s also the chance he’ll worsen his injury.

The Vikings aren’t being cautious, but as Cook fantasy owners, you should be. It’s not a guarantee he’ll suffer any sort of setback, but it would be smart to have a backup plan. The most obvious choice is his handcuff, Alexander Mattison, but look around your league and potential “buy-low” running backs or keep a keen eye on the waiver wire. If Mattison is available in your league, pick him up whether you own Cook or not.

For Week 3, Cook is our RB2 in PPR and RB3 in standard. If injuries play no effect, Cook should have a monster outing against a bad Seattle defense that gave up 212 yards rushing to the Titans.

Josh Jacobs is still nursing a toe and ankle injury that kept him out of Week 2 and has held him out of practice so far this week. The Raiders are 2-0 and face Jacoby Brissett and the Dolphins in Week 3. This should be a winnable game without Jacobs, and Jon Gruden has made it a point to express his belief in Kenyan Drake and Peyton Barber. Maybe you don’t believe in Barber, but we have to take into account that Gruden does.

It’s now a 17-game season, so we could start to see players sit more often when they are on the wrong side of “questionable.” We don’t know for sure if Jacobs will be out, but it’s obviously not looking great. We’ll continue to update his section of this article if something changes.

We’ll make adjustments to our rankings if Jacobs is out, but assuming he’s playing, he’s our RB22 in standard and RB28 in PPR. If he can’t go, Kenyan Drake is attractive in PPR leagues.

Henderson (ribs) did not practice on Wednesday, and coach Sean McVay said the Rams plan to be extra safe with their RBs but didn’t rule him out just yet. Heading into a matchup with arguably the best front-seven in football (vs. Buccaneers), Henderson is a potential bust week even if he does play.

If he does miss Week 3, Sony Michel should dominate L.A.’s RB touches, but it’s tough to think the Rams will run the ball with high frequency. They’re more likely to do what Dallas did against Tampa Bay in Week 1 — air it out early and often. So, no matter who is at RB, we don’t like their chances.

UPDATE: 49ers coach Kyle Shanahan said early Thursday that Sermon is “on a good path” toward playing in Week 3.

Sermon (concussion) was limited at practice Wednesday. This honestly is good news, as concussions range from very mild to severe. If his concussion protocols are going well enough for him to practice in any capacity, that seems to point toward him playing in Week 3. Obviously, this could change. With JaMycal Hasty (ankle) out, and Elijah Mitchell dealing with a shoulder injury (see below), it could finally be time for Sermon to have a role in the offense.

However, the keyword is — could. We still can’t project that, so we have him as the RB57 in PPR and RB56 in standard for Sunday night’s game against Green Bay.

UPDATE: 49ers coach Kyle Shanahan said early Thursday that Mitchell has a “chance” of playing in Week 3 and that his should injury was “a little more” than the stinger the team was hoping for.

Mitchell (shoulder) missed practice Wednesday, but after finishing the game in Week 2, he seems likely to suit against the Packers. He seems to have a firm grip on the 49ers’ primary RB role (at least as much as possible in the RBBC). We’ll have to stay tuned for more updates, but he’s definitely the guy you want to play in that backfield if he’s available.

He’s our RB19 in standard and RB18 in PPR facing a bad Packers defense. If he’s inactive, surely Trey Sermon is the next man in line, right?