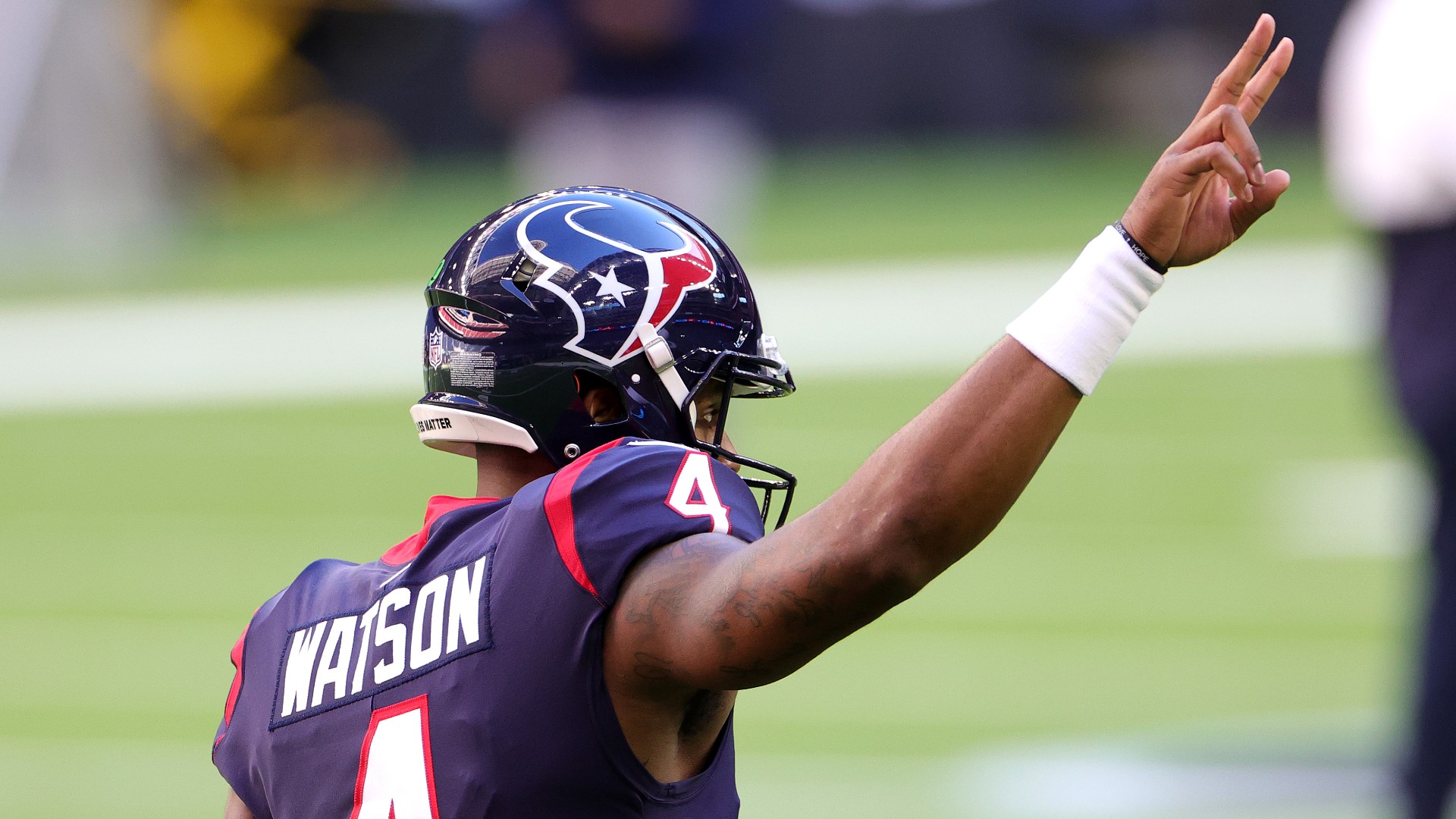 When the Texans take the field against the Panthers on Thursday, Deshaun Watson will not be among the active players.

Houston coach David Culley confirmed on Monday that he would not activate Watson despite the injury sustained to starter Tyrod Taylor, and that Davis Mills would likely be the starter if Taylor is unable to play, according to ESPN.

It seemed earlier this year that Watson wouldn’t be on the Texans at this point at all, let alone riding the pine. Watson wanted out of Houston, and the team began the process of finding a potential landing spot for him. However, nearly two dozen lawsuits have been filed against Watson alleging sexual assault and sexual misconduct.

That hasn’t deterred some teams, as despite the claims, some franchises are still interested in adding the quarterback to their roster. Why hasn’t Watson been traded yet, and why did he want out of Houston in the first place? We’re breaking it down.

Why did Deshaun Watson request a trade?

Watson was inked to a massive four-year, $177.54 million deal with $111 guaranteed in September 2020, not long after the team parted ways with top receive DeAndre Hopkins. He struggled early in 2020 under coach Bill O’Brien, but turned his season around with a new coach and finished with career-highs in passing yards (4,823), passing touchdowns (33) and completion percentage (70.2), all while recording a career-low seven intereceptions.

The good times in Texas weren’t to last. On Jan. 7, the Texans hired general manager Nick Caserio, leading Watson to send out a cryptic tweet that read “some things never change….” Reports emerged that Watson wasn’t happy that Texas ownership did not listen to his input on hiring a new general manager or for the head coaching position.

Later reports from Chris Mortensen said Watson was angry about the team’s “insensitivity to social justice,” especially regarding hiring practices. Despite the new extension with a no-trade clause, Watson was ready to leave Houston, with Mortensen linking him to the Dolphins.

As Watson continued to send out cryptic tweets, it was reported on Jan. 17 that in and around the Texans’ organization, Watson had played his final snap for the team. Watson still did not request a trade, though he was reportedly not answering calls from the Texans despite the team maintaining it had no interest in moving him.

It was reported on Jan. 24 that no coach would be enough to persuade Watson to stay and four days later, it was reported he officially requested a trade out of Houston. Then it was time to find a match for the talented signal-caller.

What teams entered the mix?

The first teams that were reportedly in the fray were the Jets, Dolphins and Panthers.

It was first believed that the Texans would send Watson to Miami for a package that included recent first-round pick Tua Tagovailoa, but a later report said the Texans didn’t view Tagovailoa as a suitable replacement for their Pro Bowl QB.

The Bears were another team that emerged as a potential suitor as they looked for a different quarterback over Nick Foles, with the team later reported to include a package that would feature a “boatload of picks” for Watson. The Patriots and 49ers also were linked to Watson as teams that would make sense in pursuit of a new quarterback.

The Texans were receiving offers from teams, but wouldn’t pick up the phone as teams would leave voicemails for their offers.

At a point, Washington, the Jets, Patriots, Dolphins, Broncos, 49ers, Bears and Panthers were all poised to be in a bidding war for Watson, with the Texans reportedly asking for two first round picks, two second round picks and a starter on defense.

WEEK 3 NFL PICKS: Straight up | Against the spread

Several of the women who filed lawsuits also spoke with the Houston Police Department, which announced it had opened an investigation on April 2.

Watson issued a statement on Twitter on March 16, which is his second most recent Tweet to date.

According to a report from The New York Times in August, at least 10 women have spoken with the Houston Police Department. In addition, the NFL and FBI are investigating, according to ESPN.

Front Office Sports’ reporter A.J. Perez reported in September that the criminal inquiry into Watson is not expected to be completed before the NFL trade deadline.

The ongoing investigations and lawsuits haven’t halted the trade rumors. In fact, it hasn’t even really impacted Houston’s asking price.

At first, teams were hesitant to get back in the Watson sweepstakes, but before the regular season began, several teams re-emerged as teams interested in him. The Panthers and Dolphins set themselves out in front, with the Dolphins particularly standing out as the most likely of the two.

According to ESPN’s Adam Schefter, the Texans were asking for a combination of six players and picks in exchange for Watson in mid-September.

NFL Network’s Ian Rapoport reported that the market is expected to heat up around the Nov. 2 trade deadline.

There is still no indication a trade for Watson is imminent, but especially with a wave of quarterback injuries around the league, it wouldn’t be surprising to hear the Watson trade market start to heat up.