NASCAR at Bristol: Chase Elliott, Kevin Harvick get heated with each other on, off track at Night Race 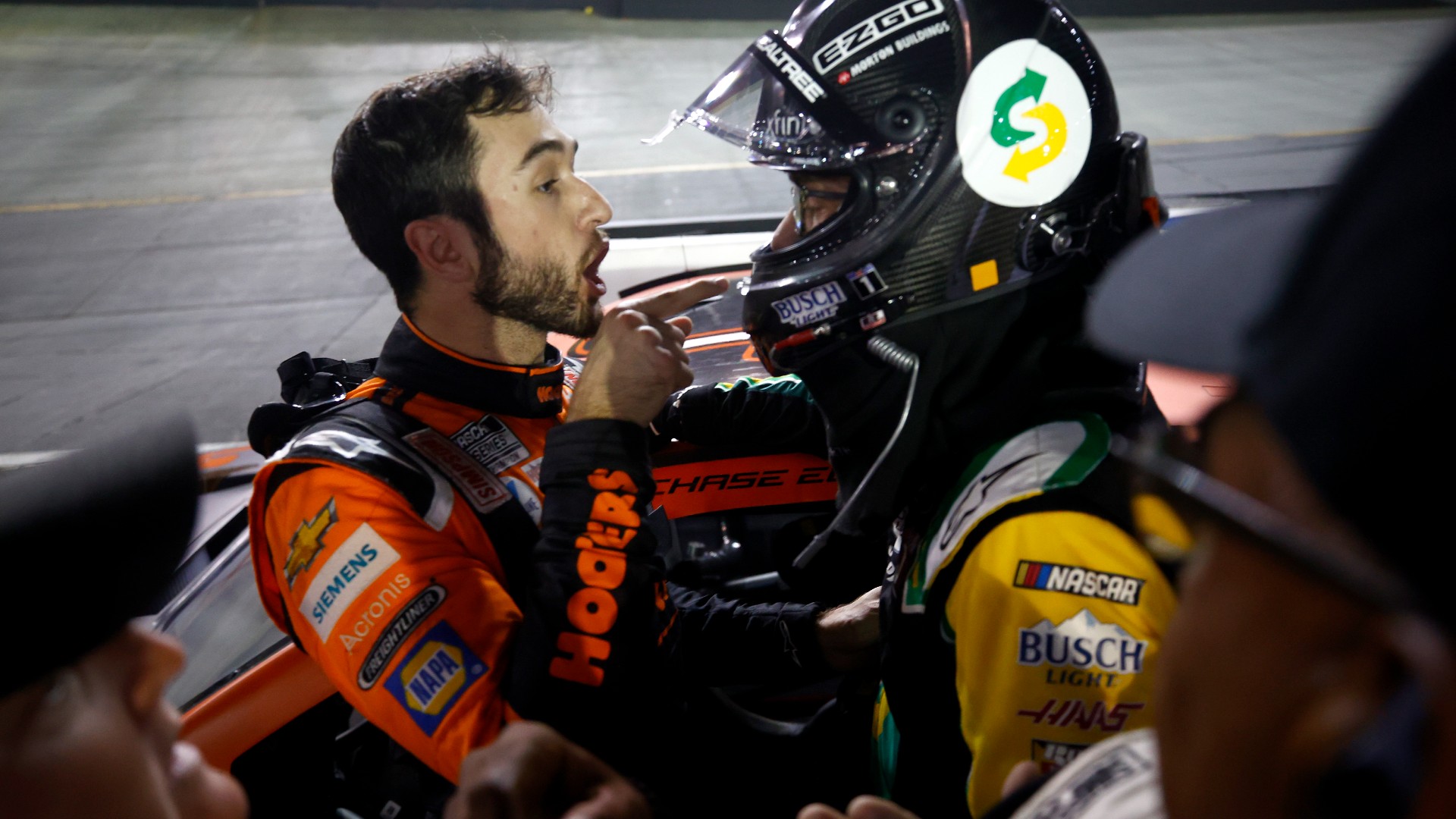 The intensity of playoff racing at Bristol Motor Speedway — not to mention feelings of disrespect — led to exchanges between Chase Elliott and Kevin Harvick on the track, on pit road and, finally, inside Elliott’s hauler Saturday night.

The past Cup Series champions avoided a physical altercation even though Elliott pushed Harvick at the start of their postrace back-and-forth. Harvick and Elliott were upset with how each raced the other.

The drivers resumed hosilities after they did their postrace interviews with NBCSN (“I’m ready to rip somebody’s freaking head off,” Harvick said). As Round 2 progressed, the drivers noticed that reporter Jordan Bianchi of The Athletic was filming them from a distance.

Harvick and Elliott tried unsuccessfully to get Bianchi to shut down, so they agreed to finish up inside Elliott’s hauler on the infield.

Harvick set the whole deal in motion when his No. 4 car made contact with Elliott’s No. 9 car and sent a tire down on Elliott’s car. Elliott fell out of contention for the win after that.

Elliott had retaliation on his mind from then on. He got it as he slowed up and blocked Harvick in the closing laps. Harvick eventually lost the lead and the race to Elliott’s teammate Kyle Larson.

“I just told him it was kind of a chickens— move that he did there at the end,” Harvick said as the fans booed him robustly. “We’re racing for the freaking win at Bristol, we’re three-wide in the middle and he throws a temper tantrum. I was just trying to get the lead and race him hard. Then he pulls up in front of me and sits there until we lose the whole lead.”

“It’s something he does all the time,” Elliott, NASCAR’s most popular driver, said to thunderous cheers in Thunder Valley. “He runs into your left side constantly at other tracks and sometimes it does cut down your left side (tires), other times it doesn’t.

“He did it to me at Darlington a few weeks ago because he was tired of racing with me. And whether he did it on purpose, it doesn’t matter. At some point you’ve got to draw the line. I don’t care who he is or how long he’s been doing it, I’m going to stand up for myself and my team and we’ll go on down the road.”

MORE: Hamilton, Verstappen blame each other for scary F1 crash

Harvick and Elliott have seven more chances this season to beat and bang on each other, starting with the opening race in the Round of 12 on Sept. 26 at Las Vegas.