Who is CJ Verdell? Meet Oregon running back central to Ohio State upset 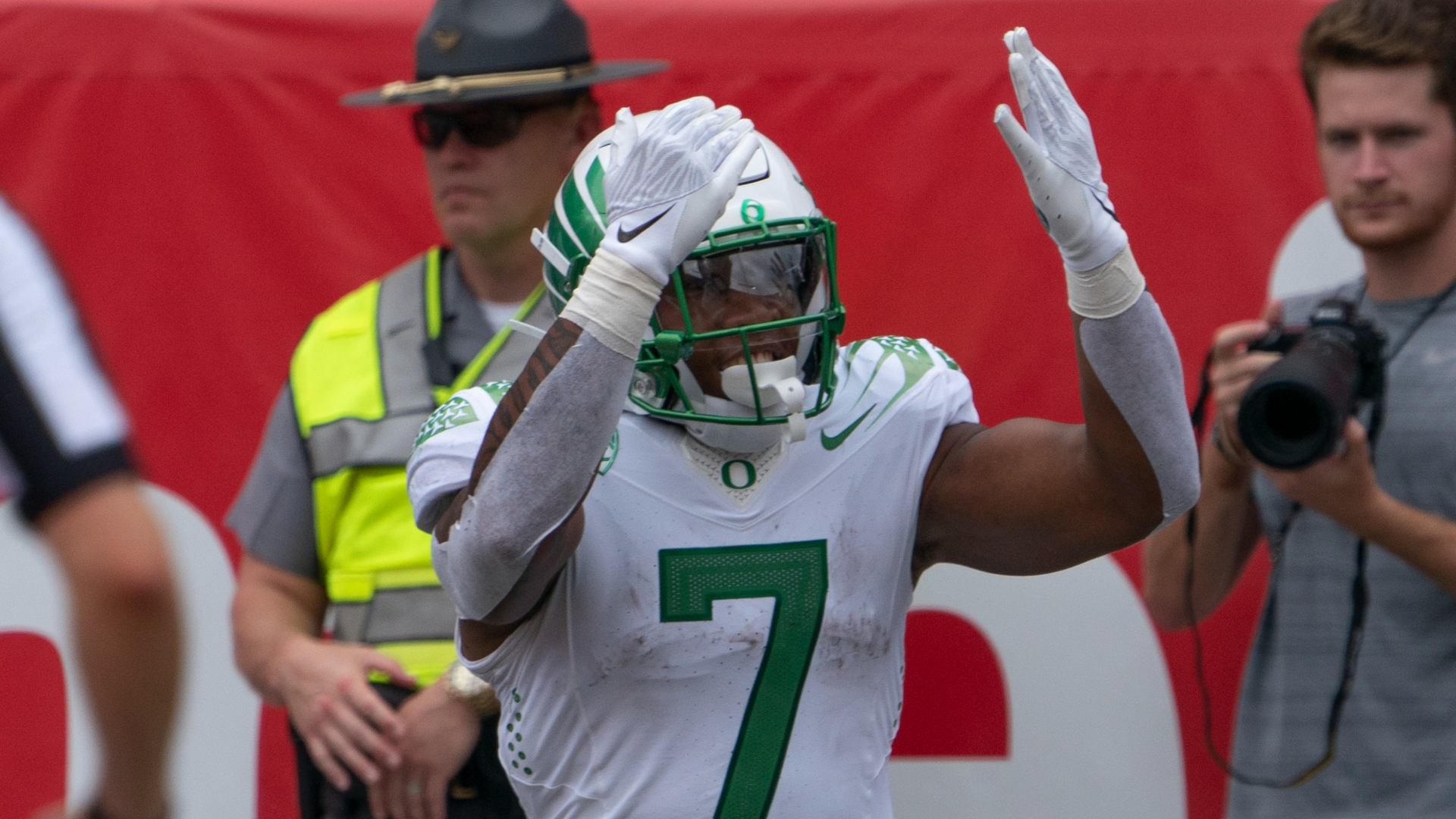 If a college football fan somehow hadn’t heard of CJ Verdell’s name before Saturday, they no longer have an excuse after No. 12 Oregon upset No. 3 Ohio State in Columbus.

The redshirt senior was central to the Ducks’ 35-28 upset over the Buckeyes, rushing 20 times for 161 yards and two touchdowns. He also added three catches for 34 yards and another score. Indeed, he got the Ducks on the board for each of their first three touchdowns, giving them a 21-7 lead. The first two were a touchdown rush and reception of 14 yards each. The third, a 77-yard rushing touchdown, blew the game open for the Ducks:

To be sure, Verdell wasn’t the only playmaker in Saturday’s game. Running back Travis Dye and quarterback Anthony Brown combined for 18 carries, 108 yards and a score in the win; Brown also completed 17 of 35 passes for 236 yards and two passing scores. The defense made several big plays as well. Despite giving up 624 yards against the Buckeyes’ offense, they limited them to 6 of 15 on third-down and 2 of 5 on fourth-down conversion attempts. The Ducks also secured an interception on Ohio State’s penultimate drive to help come away with the win.

But it all started with Verdell and his tough, reliable running to get the upset up and going. With that, here’s what you need to know about Verdell after he helped lead Oregon to the upset of Ohio State.

Verdell has already made a name for himself at Oregon

If this is your first time hearing of Verdell, it wasn’t for a lack of trying by the senior back. He ran for 1,000 yards in back-to-back seasons as a redshirt freshman (1,018) and sophomore (1,220) in 2018 and ’19, combining for 18 rushing touchdowns over those two seasons. He also caught 41 passes for 440 yards and two scores during that time, as well.

Indeed, per Oregon’s athletic site, Verdell is just the fifth running back in Oregon history to rush for 1,000 yards in back-to-back seasons. After his performance on Saturday, he has 2,758 career yards, tying him with Sean Burwell for seventh all time in Ducks history. He also has 24 rushing touchdowns, tying him with Saladin McCullough for ninth most in Ducks history.

Verdell’s only “off” season was in 2020. After starting the season with back-to-back 100-yard games, a thumb injury hampered the then-redshirt junior. He played in five of Oregon’s seven games (remember, the season was considerably shortened because of the COVID-19 pandemic), missing the Pac-12 championship game and Fiesta Bowl. He finished with 65 carries for 285 yards (4.4 yards per carry) and three touchdowns.

It may seem strange, but Verdell didn’t much like the sport of football when he was a child. According to a report from The Athletic, Verdell would sob before football practices because he wanted to stay home. His father, Chris Verdell, “had to almost force him to go to practice.”

Part of the reason for his dislike stemmed from his first youth football coach, who played him along the offensive line during a winless season. While he did register a few pancake blocks, his father felt coaches wasted his natural speed and athleticism along the offensive front.

“I told the coach, ‘He’s never going to be a lineman if he continues to play, and he’s the fastest kid on your team. How about you try him in the backfield? Just try it once,'” Chris Verdell said.

Per his recollection, his son’s first-ever carry went for a touchdown. From then on, he “became obsessed” with competition.

“CJ started running and, man, he hit the corner and kept up the field,” he said. “A guy jumps on him, he drags the guy, then he rolls off. The coach is running down the sideline with him yelling the whole way, and he went for a touchdown.”

Verdell played safety as a freshman at Mater Dei Catholic High School (Chula Vista, Calif.) before moving permanently to running back as a junior.

Coming out of high school, Verdell was only considered a three-star player, and the No. 443 recruit in the country, per 247Sports’ Composite rankings. He was considered the No. 27 back in his class, which included such talents as Najee Harris, Cam Akers, D’Andre Swift and more.

Whatever the reason, Verdell’s ranking couldn’t have been a result of his high school production: He twice ran for 2,000 yards. His first year, he rushed for 2,135 yards and 28 touchdowns. A year later, he ran for 2,399 yards and 36 touchdowns.

He was a versatile threat as well, catching five touchdown passes, returning a kick for a touchdown and intercepting two passes. In the California Division V-AA state championship, he scored three touchdowns and ran for 153 yards as the Crusaders beat Immanuel 56-21.