Can Novak Djokovic win the Grand Slam? Stan Wawrinka weighs in on his chances at the US Open 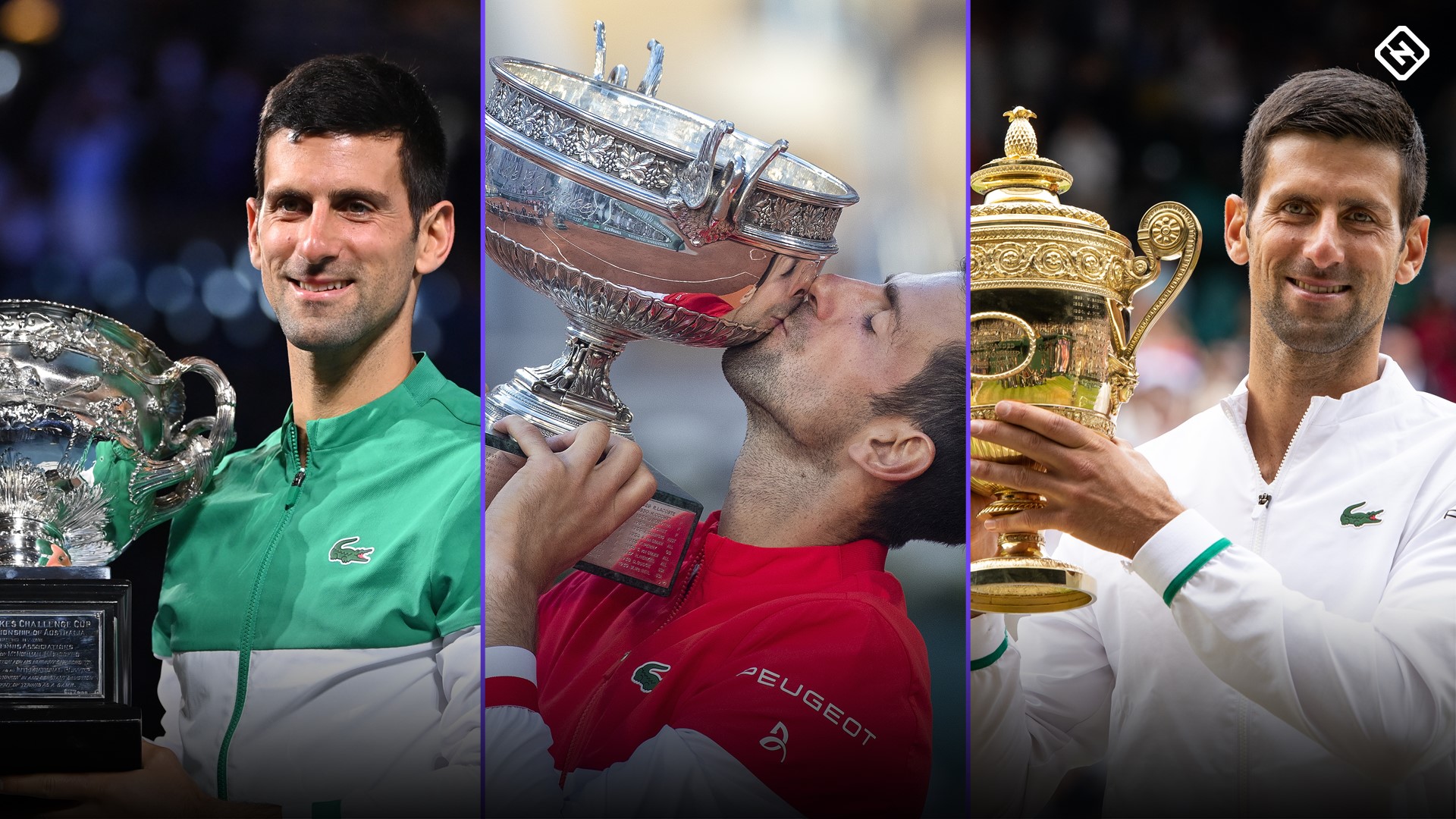 Novak Djokovic is on the precipice of greatness.

The World No. 1 is not only three matches away from winning his 21st career Grand Slam title — which would be a new record for men’s singles — he’s on the verge of winning the Grand Slam. Yes, the Serbian is close to being the first singles player (man or woman) in 33 years to win every single major trophy in a calendar year.

The last player to accomplish the feat was Steffi Graf back in 1988; she actually won the Golden Slam that year, with a gold medal at the Olympic Games in Seoul. The last man? You have to go back to 1969 when Aussie Rod Laver did it for the second time in his Hall of Fame career. In fact, only five players in total have won all four Grand Slams in a calendar year: Graf (1988), Margaret Court (1970), Maureen Connolly (1953), Don Budge (1938) and Laver (1962, 1969). Serena Williams came close in 2015 but was upset by Roberta Vinci in the US Open semifinals. She famously, however, won the “Serena Slam” when she defeated her sister Venus in the 2003 Australian Open after winning the French Open, Wimbledon and US Open in 2002.

“I think there are so many good players,” 2016 US Open champ Stan Wawrinka told Sporting News when asked why it’s such an elusive feat. “If you look past 15 years, you saw that between Novak, between Rafa (Rafael Nadal), between Roger [Federer] they got a lot of Grand Slams together. But it’s so difficult to be at the top of the top in the four Grand Slams at the same time. It’s something so special to do it, to be able to do it.”

The trio has a combined 60 career titles, with Djokovic’s next one breaking the three-way tie for the all-time men’s singles player Grand Slam title mark.

Novak Djokovic’s road to the quarterfinals

Wawrinka, who is currently in Paris rehabbing following his second left foot surgery of 2021 and is serving as a global ambassador for evian and is partnering with the company to support staying hydrated both on and off the court, knows a thing or two about playing against the World No. 1. The pair have faced off 25 times with Djokovic winning 19, dating all the way back to 2006.

“He’s so tough to beat. Firstly, in [his] game, he doesn’t have weaknesses,” noted Wawrinka, who won the last two meetings, both at the US Open. “He’s making you under pressure from the first shots, with his returns he is putting you under pressure all the time. … You always feel that you have to do something extra and, for sure, in Grand Slams it’s even more difficult to do that in five sets.”

But, while he is playing high-quality tennis and finding new gears on the hard courts of New York — as he did against American Jenson Brooksby in the Round of 16 when he lost the first set 6-1 and went on to win the next three easily — the road to glory is not a paved one.

First up is a rematch with Matteo Berrettini in the quarterfinals; the duo faced off in the final at Wimbledon and the quarterfinals at Roland Garros. If he gets past the Italian it’ll be the four-seed Alexander Zverev, who beat Djokovic at the Olympics to end his run at the Golden Slam. (Zverev beat Lloyd Harris in the quarterfinals in straight sets.) In the final, it will be either 21-year-old Canadian Félix Auger-Aliassime or Daniil Medvedev; Djokovic beat Medvedev to win the 2021 Australian Open and kickstart his Grand Slam run.

The wild card for Djokovic is surely Auger-Aliassime; a guy he’s never played against before and who is young and hungry for his first Grand Slam title. But as Wawrinka is quick to point out, the nerves will surely be there for him — and for Djokovic.

“If Novak is playing his best tennis, he is better than the rest of the players in the field,” said the Swiss star. “[But] because he can achieve something so special he is also putting himself under pressure and things can happen like at the Olympics when he was under control against Zverev, who is an amazing player, and then lost his track during the match probably because of the pressure.”

At the Olympics, Djokovic stormed out to a 6-1 first set before dropping the next two to Zverev (his semifinal opponent) and losing out on a gold-medal chance. He then lost the bronze-medal match to Spain’s Pablo Carreno Busta. Now, the Serbian star is under the same pressure at the US Open but as Wawrinka and others believe, he could go all the way.

“I think he is at the top for many years now, winning Grand Slam, doing something extraordinary,” said Wawrinka. “He’s reaching every goal possible in tennis and even more this year by winning the first three Grand Slams of the year and now trying to achieve the Slam with the US Open.

“I’ve been watching him for sure. He is playing so well. There’s still a lot of tennis for him before reaching that point and a lot of tough opponents but I think from outside, I think he is playing his best tennis on hard court at US Open.”

*Stats provided by atptour.com; updated thru US Open Round of 16

Whether or not Djokovic can come through and close out the run, it’ll surely be a fun one to watch. As Wawrinka noted it’s an amazing accomplishment to win one Grand Slam let alone three in one season and on the precipice of a fourth.

“It’s something so special and so difficult to be to play at that level, because to win a Grand Slam is not just playing effective, it’s putting all the pieces of the puzzle together,” said Wawrinka. “You have to be ready mentally, physically … for you to do your best and so, yeah, it’s incredible to be able to do it.”